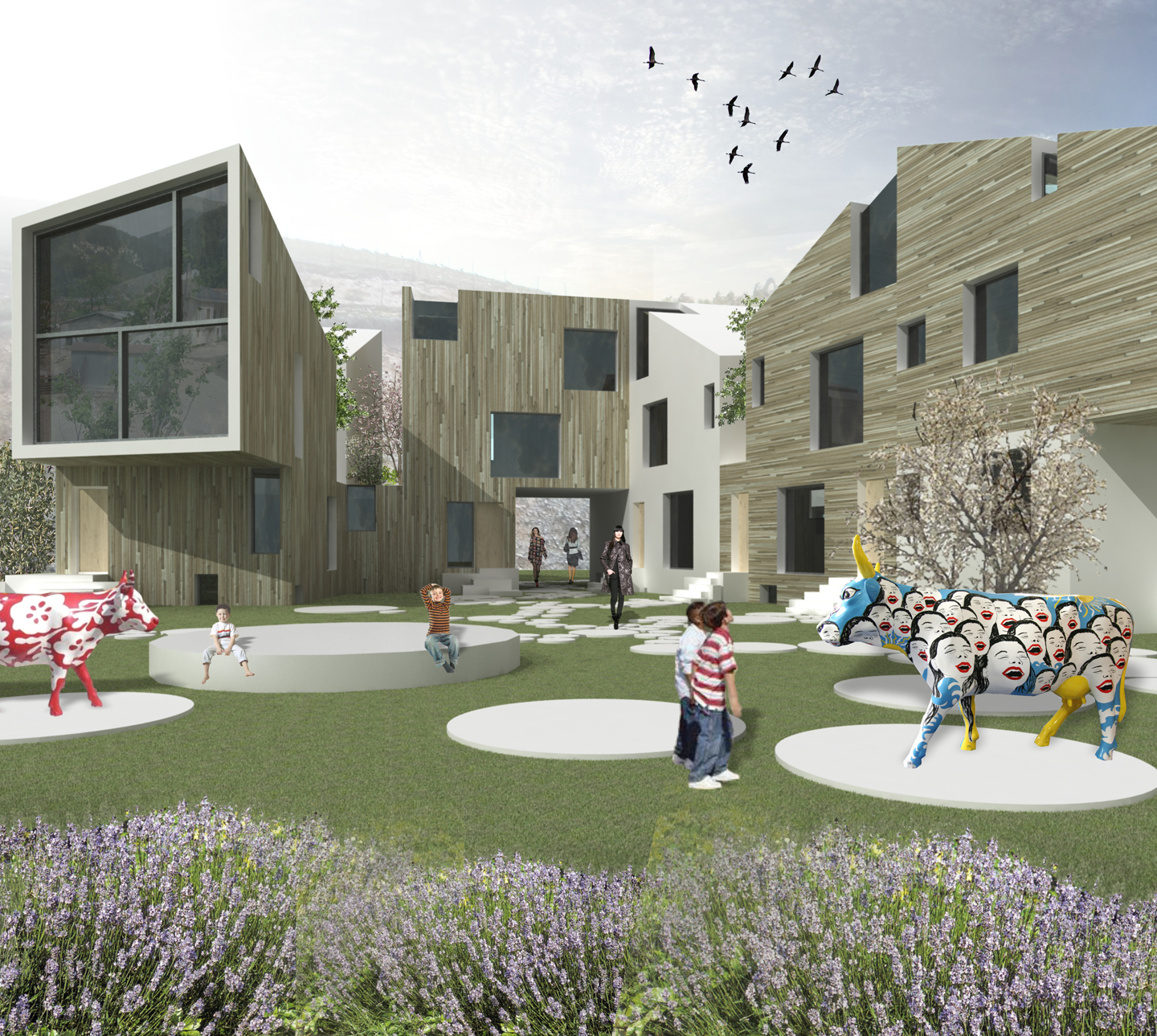 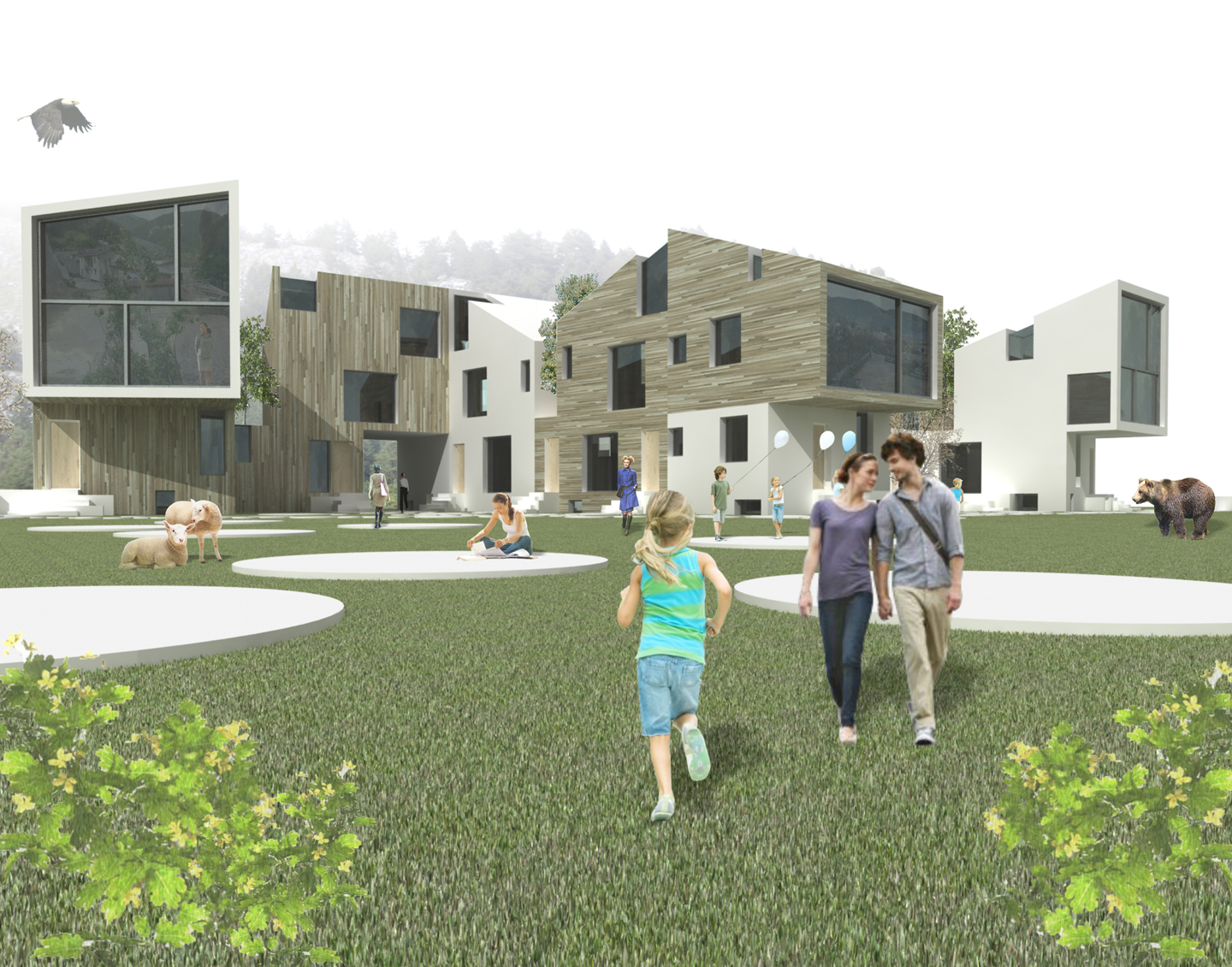 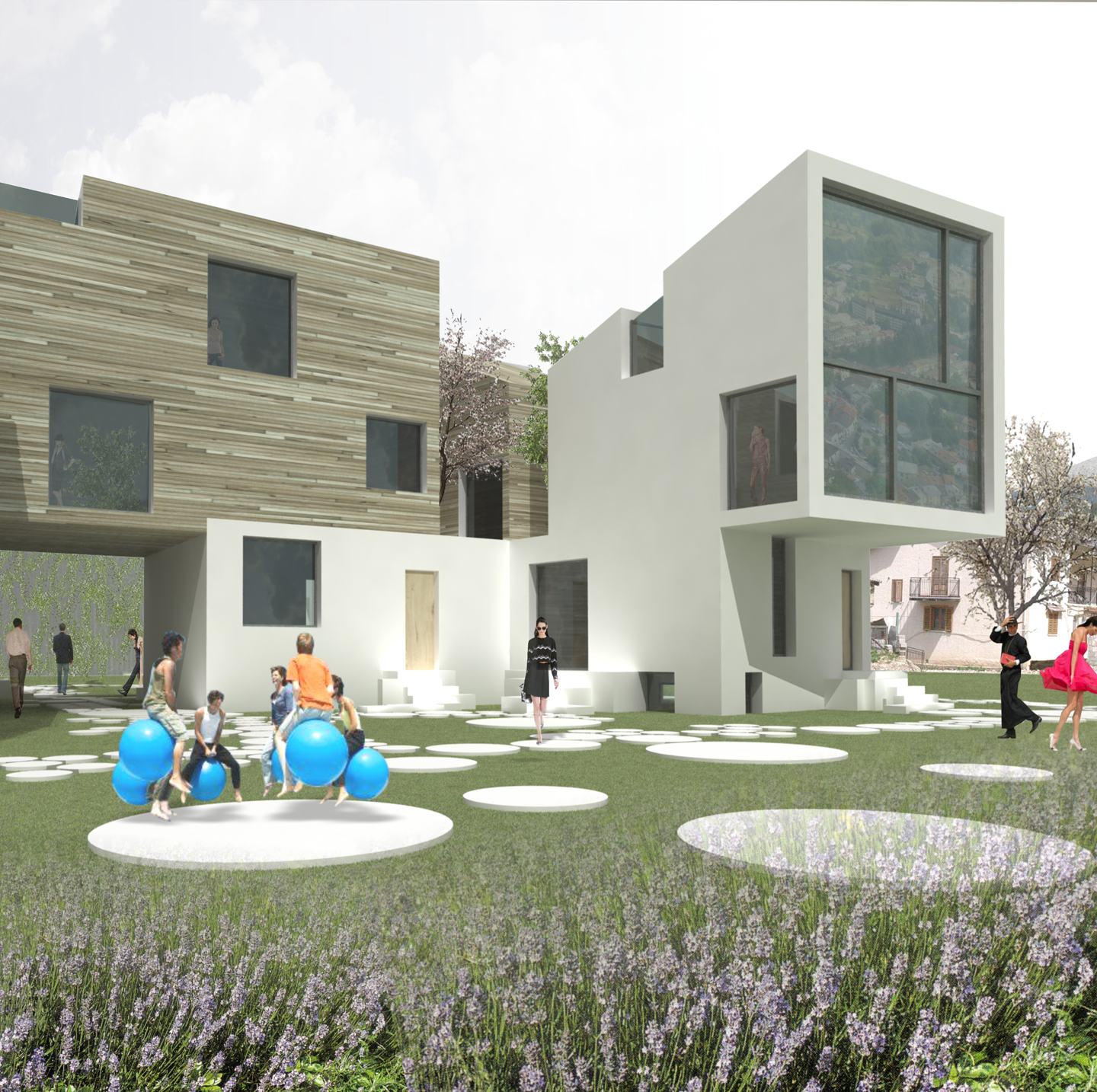 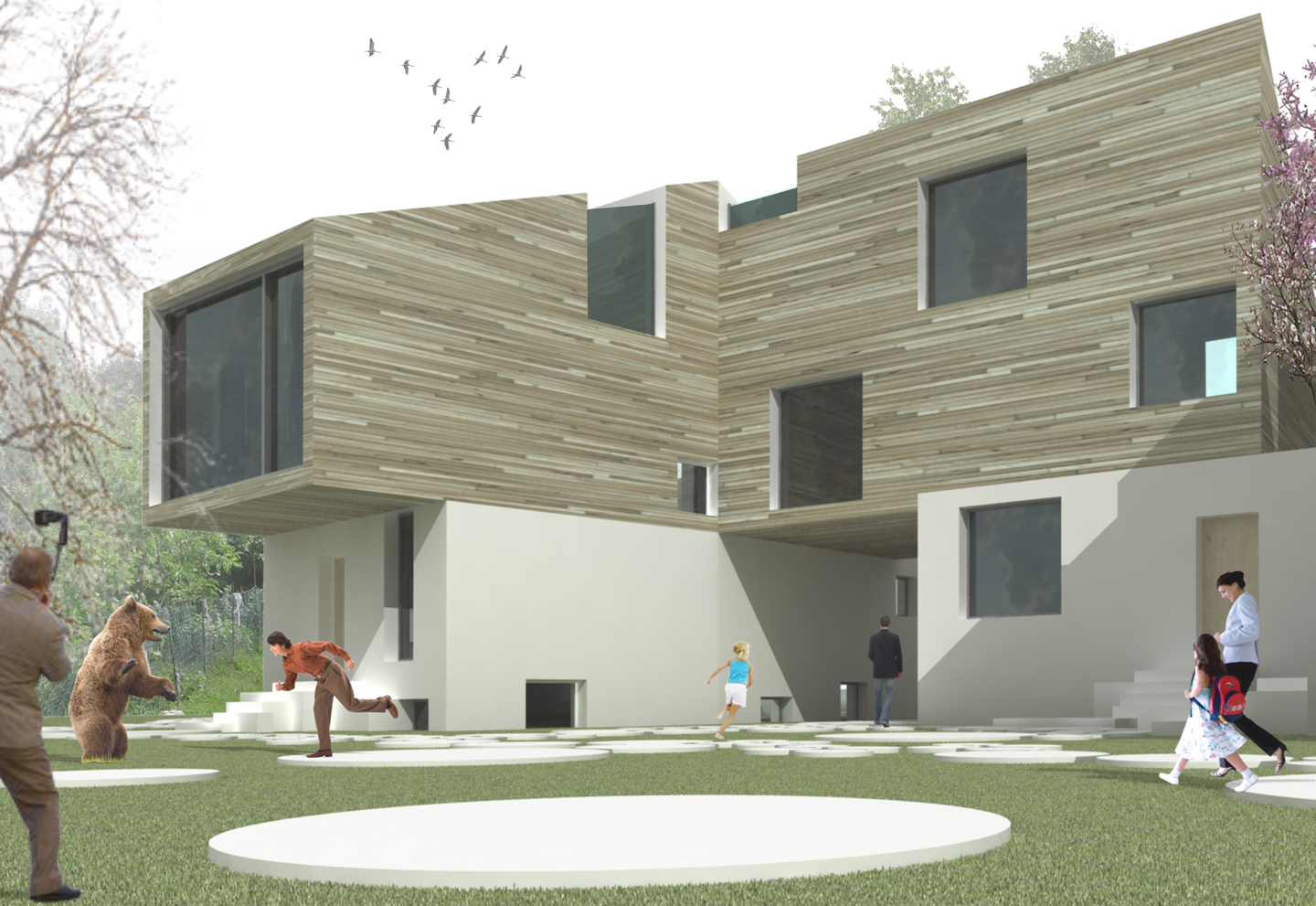 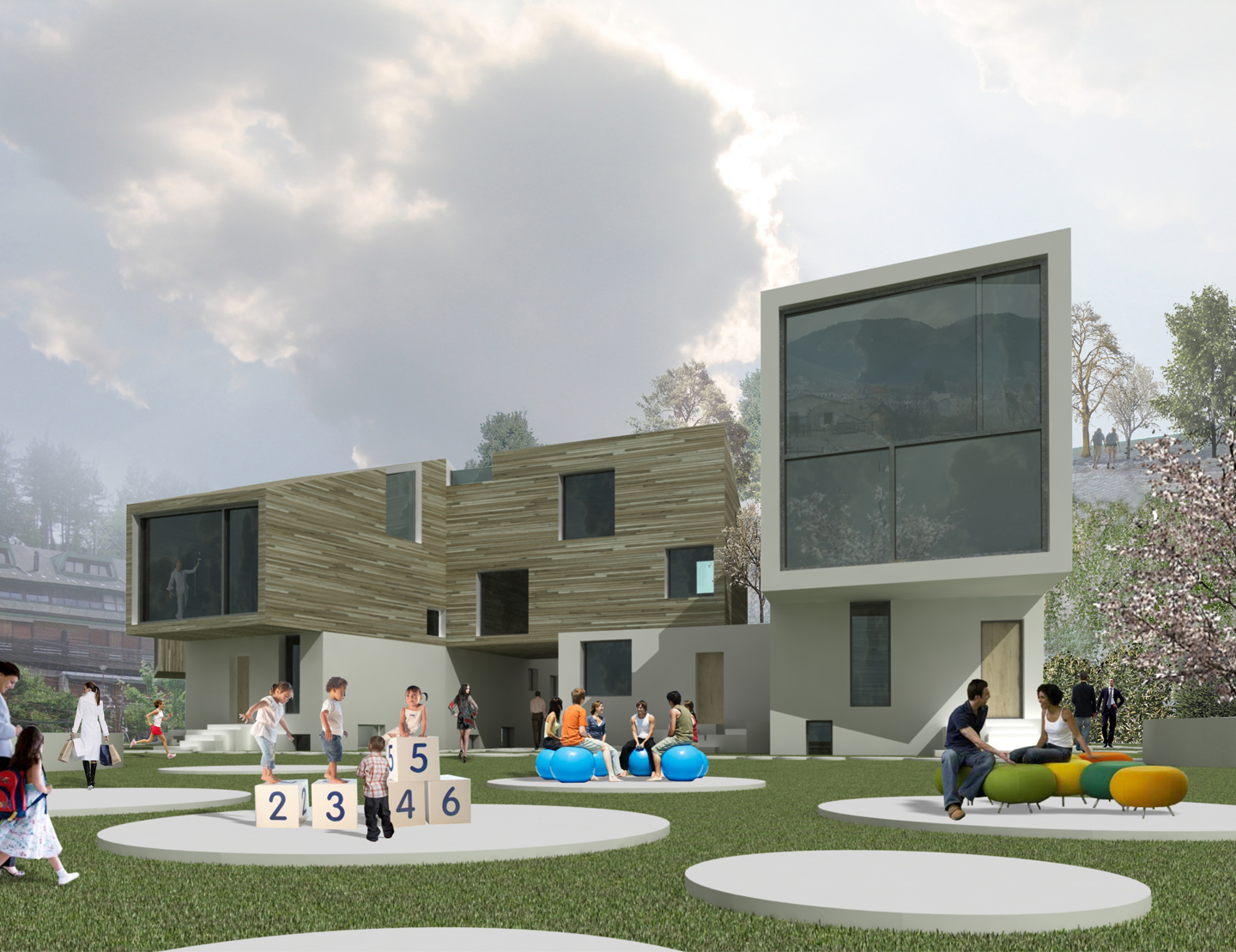 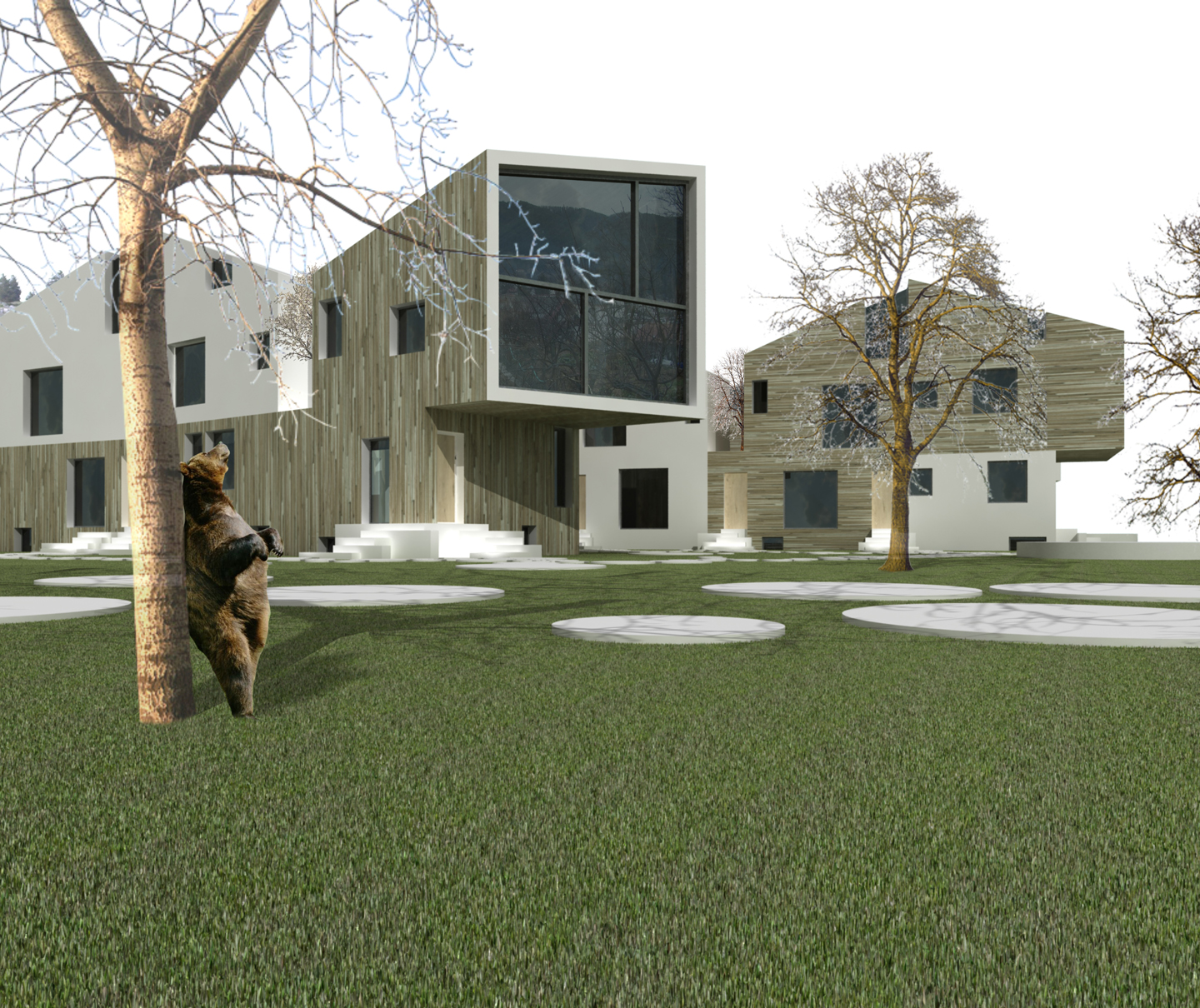 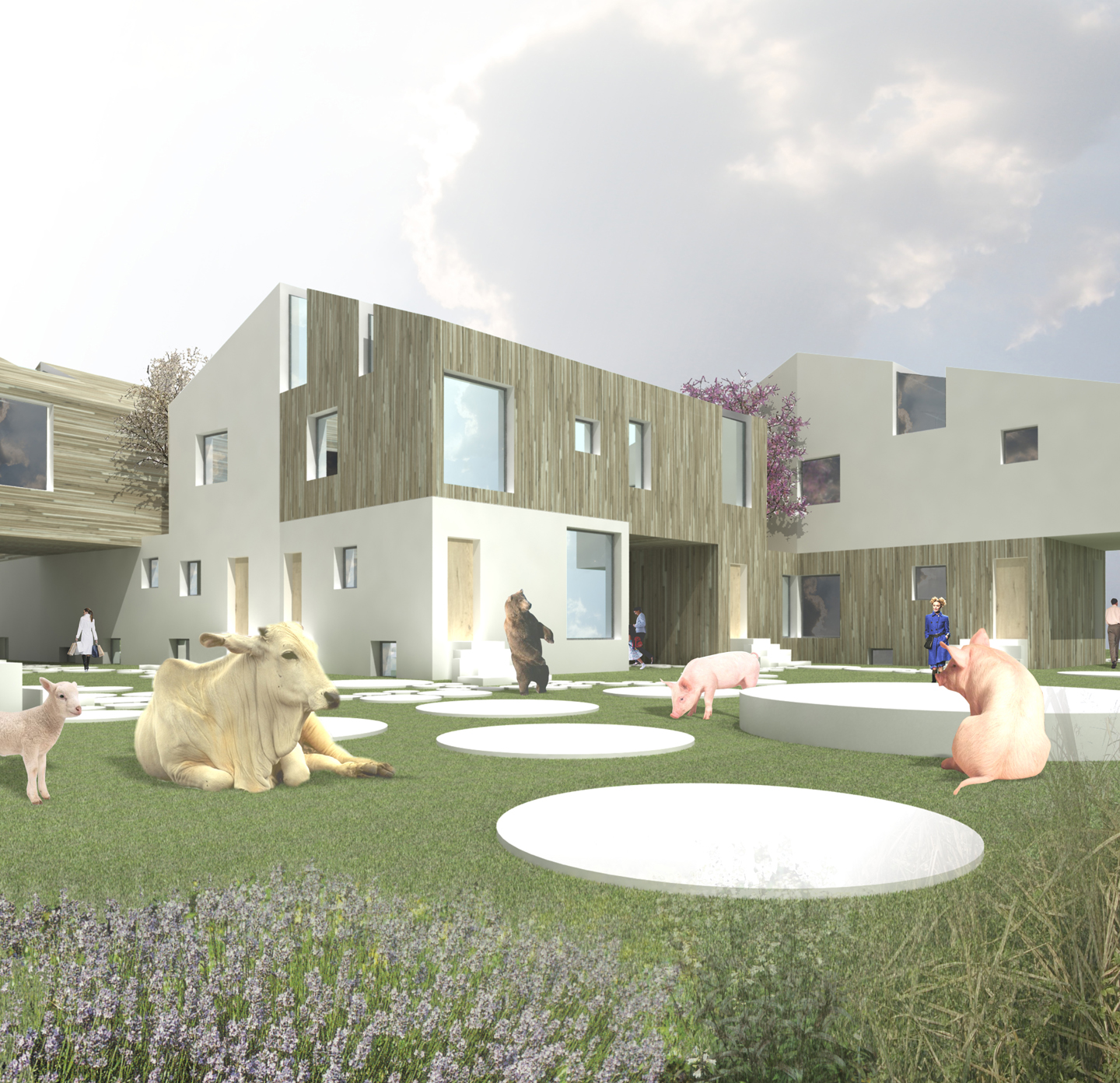 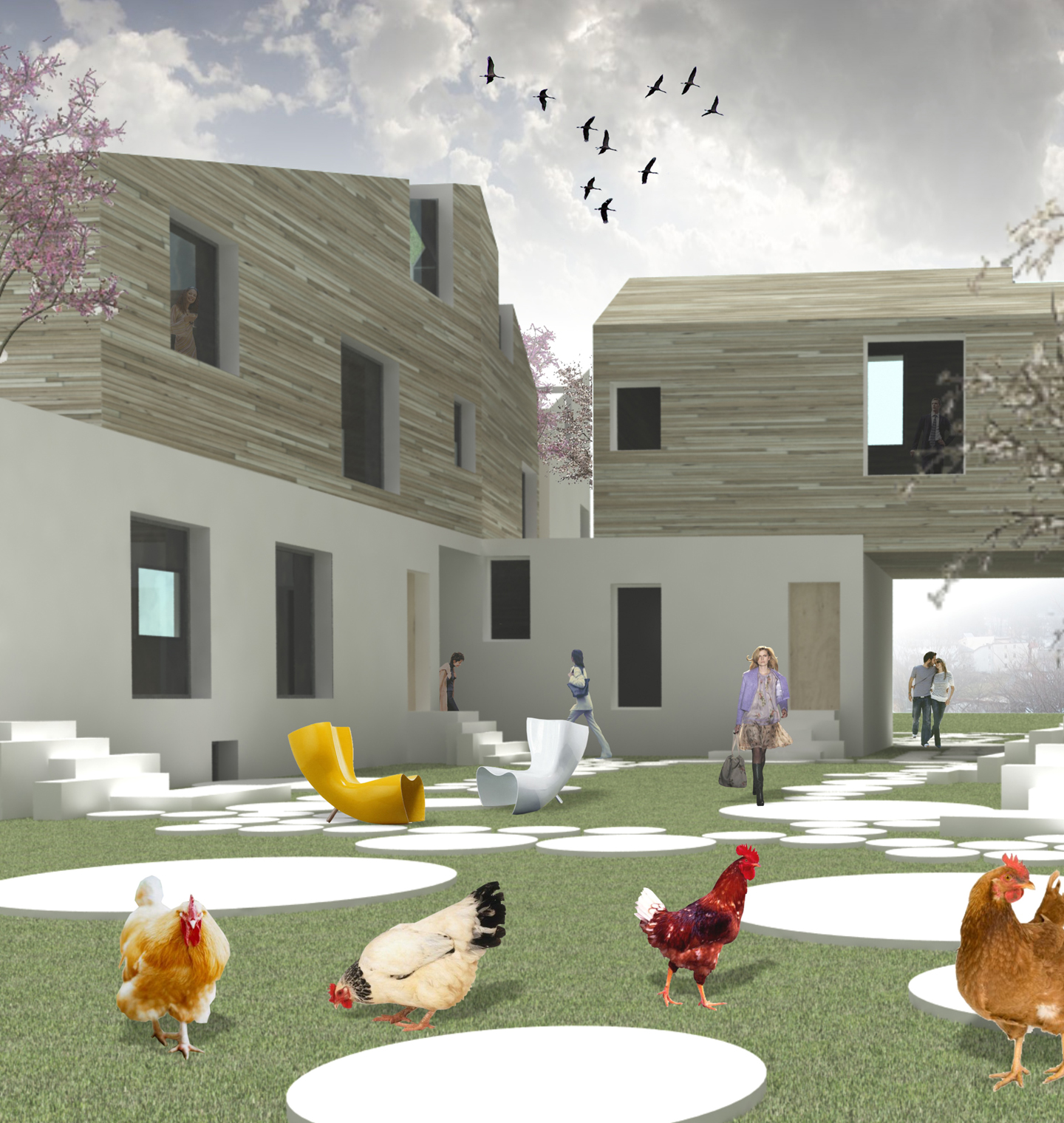 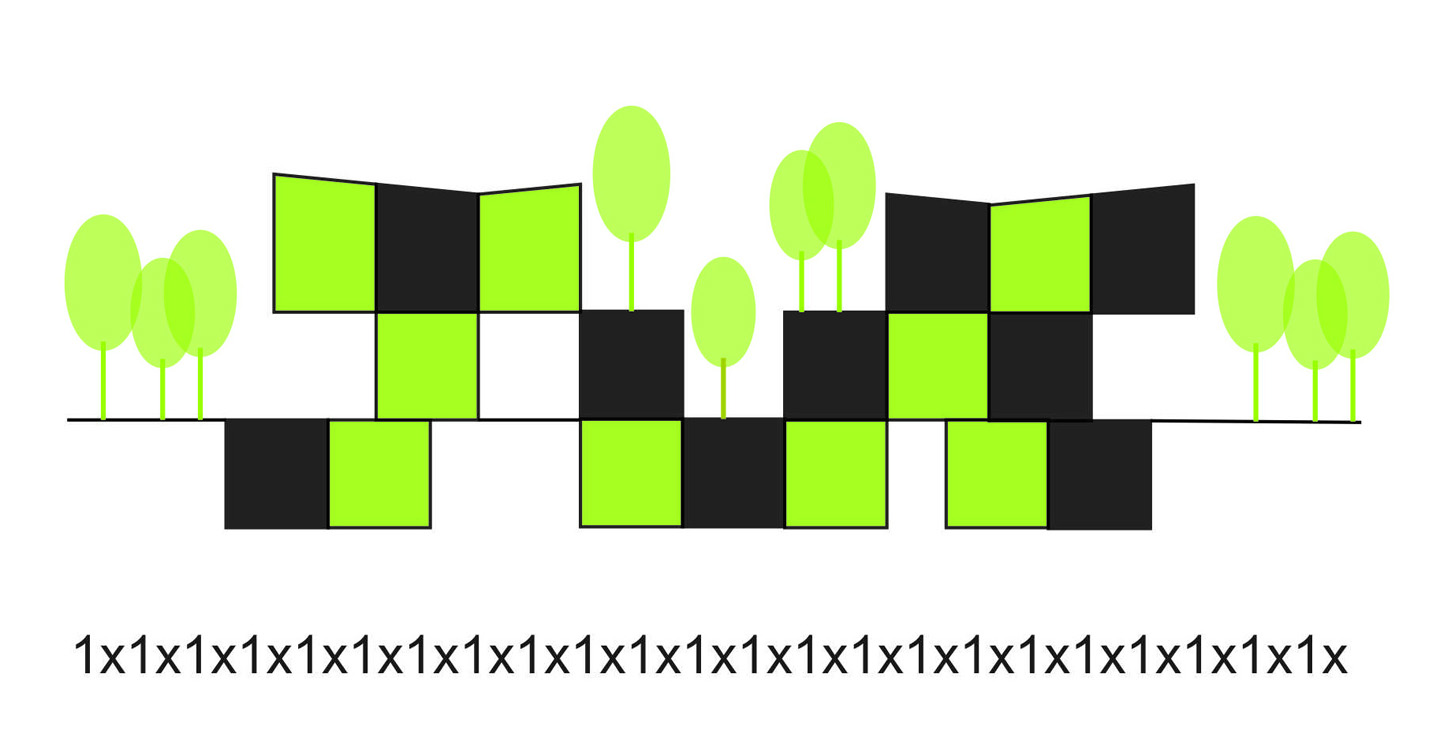 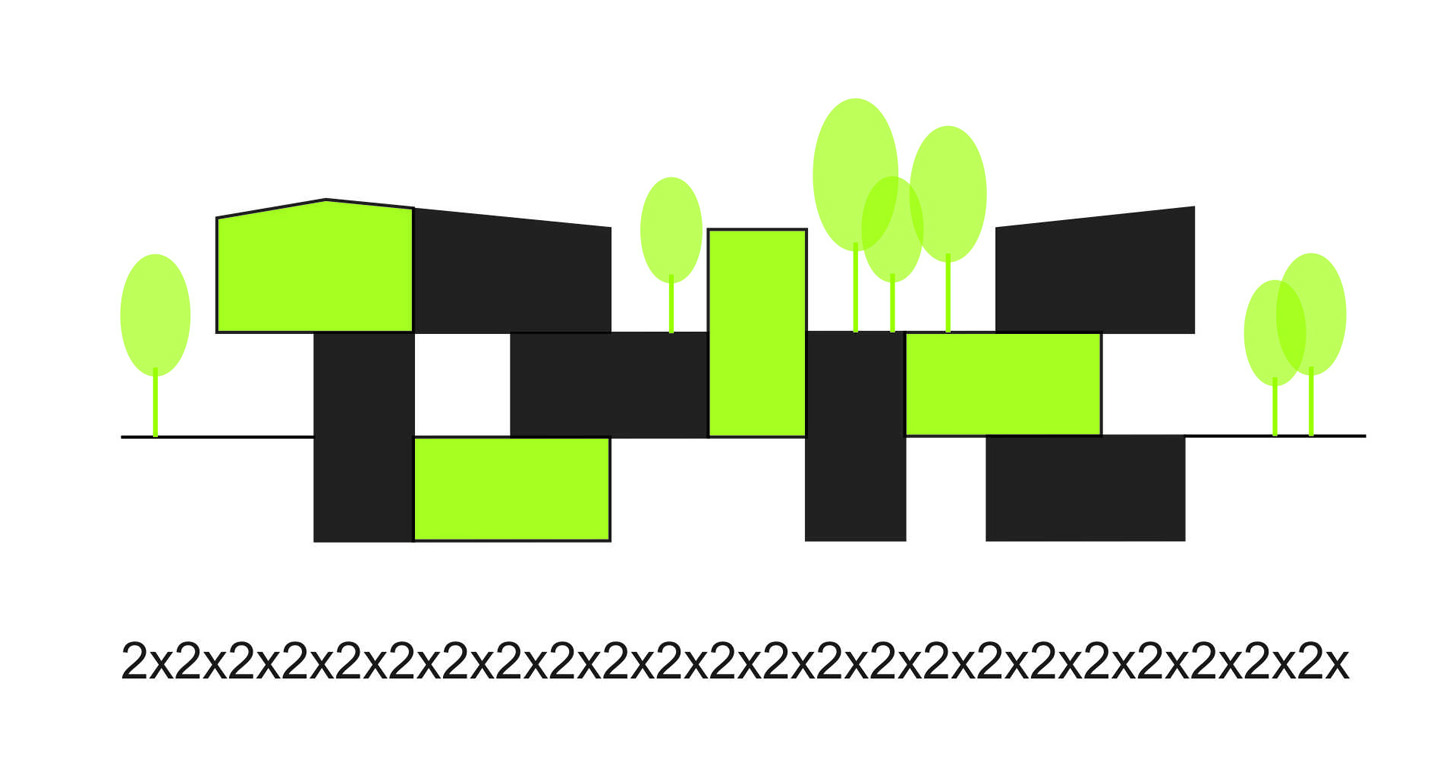 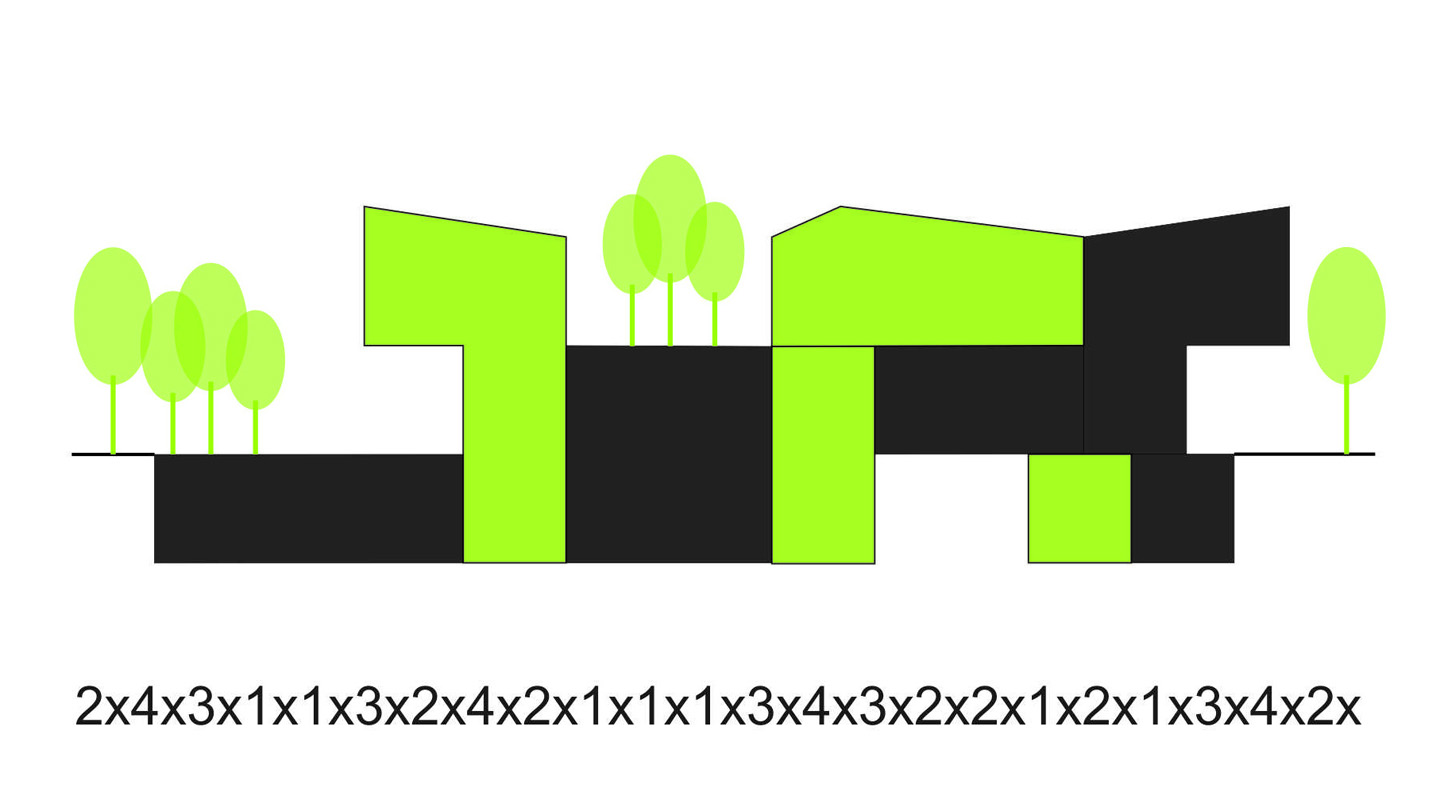 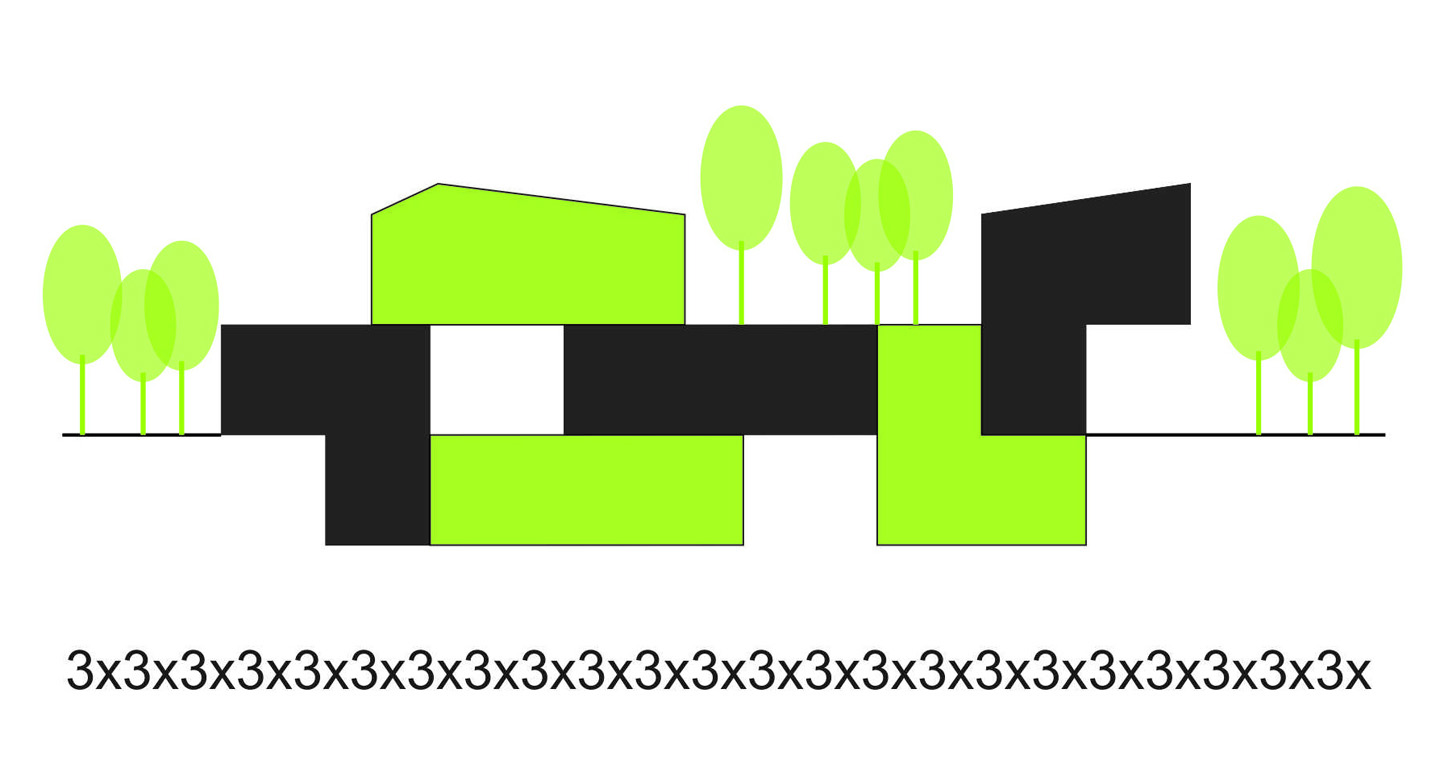 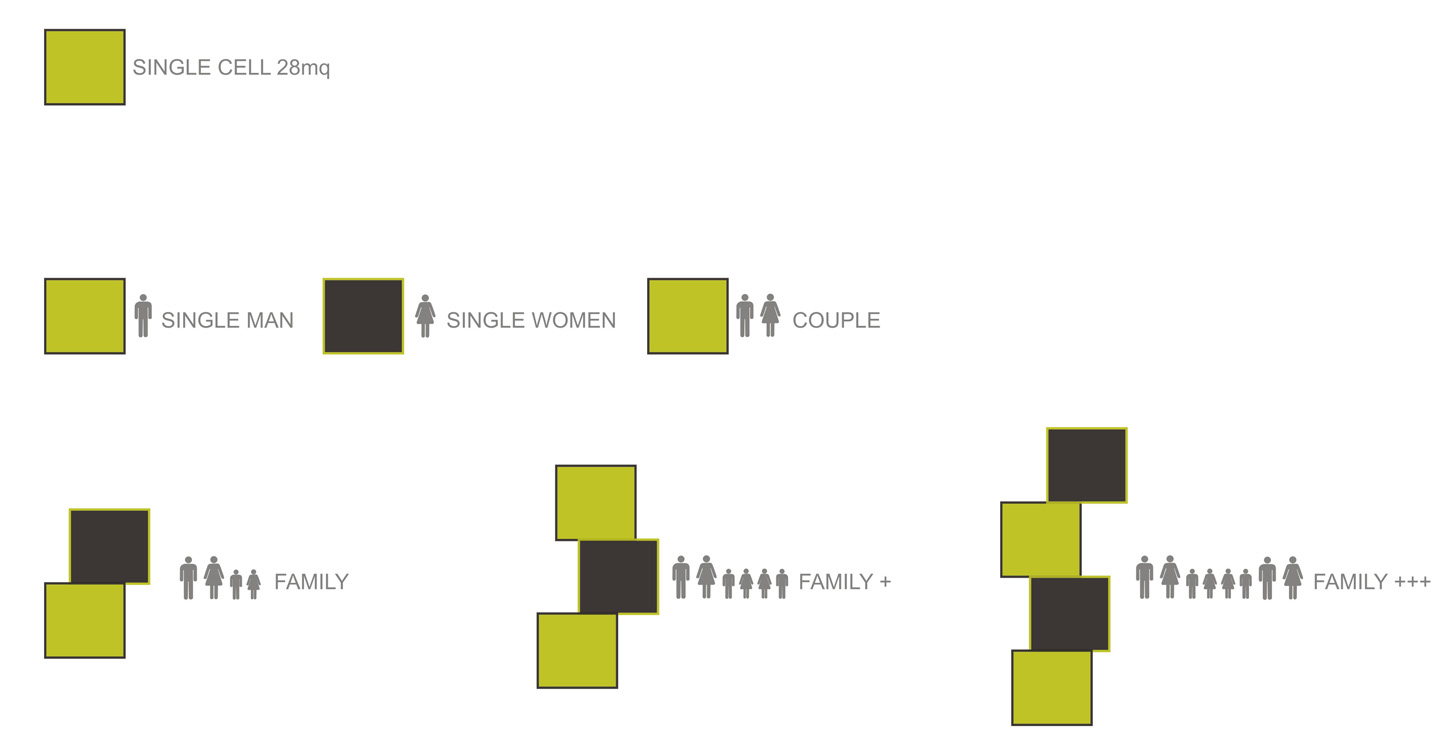 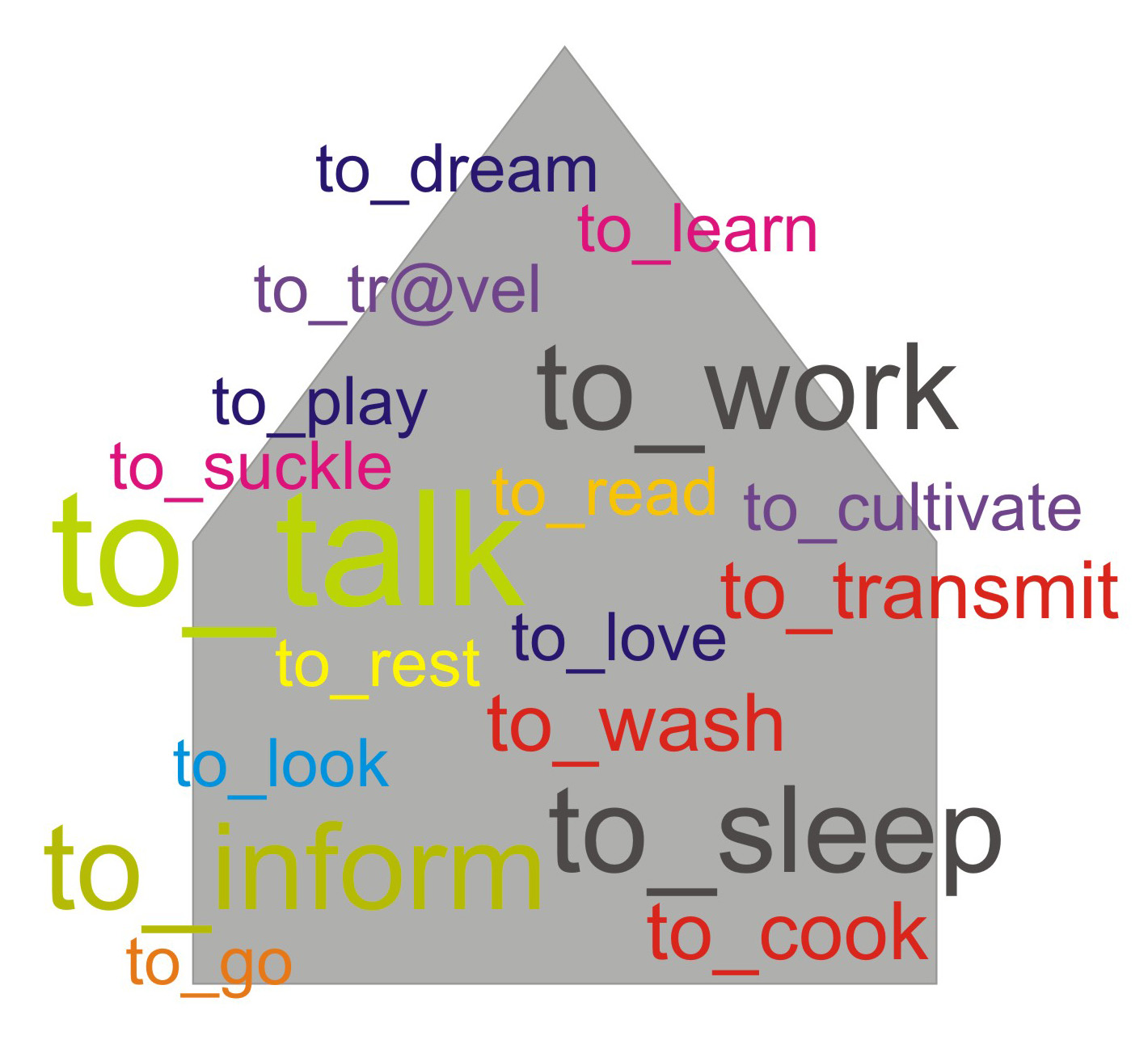 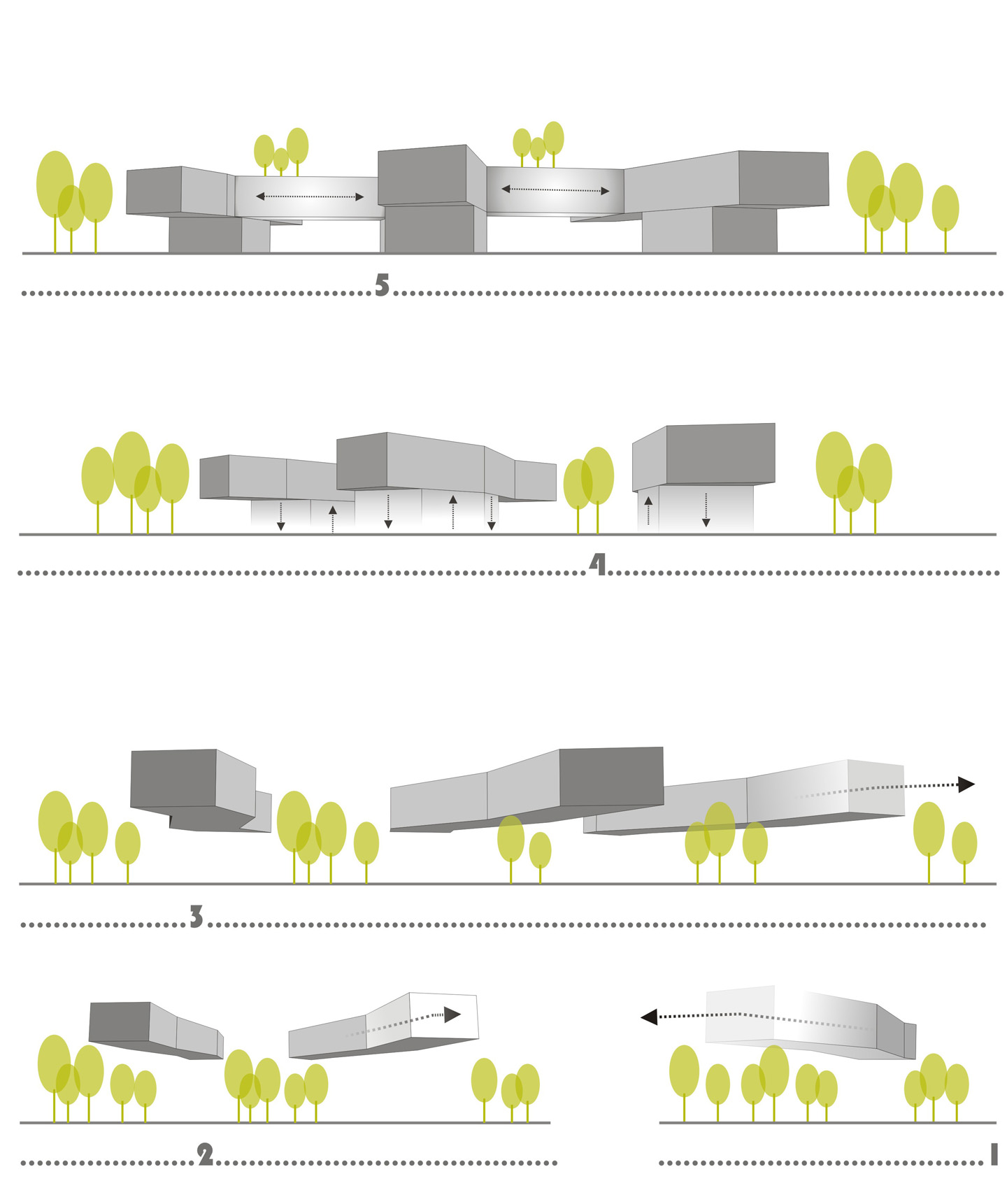 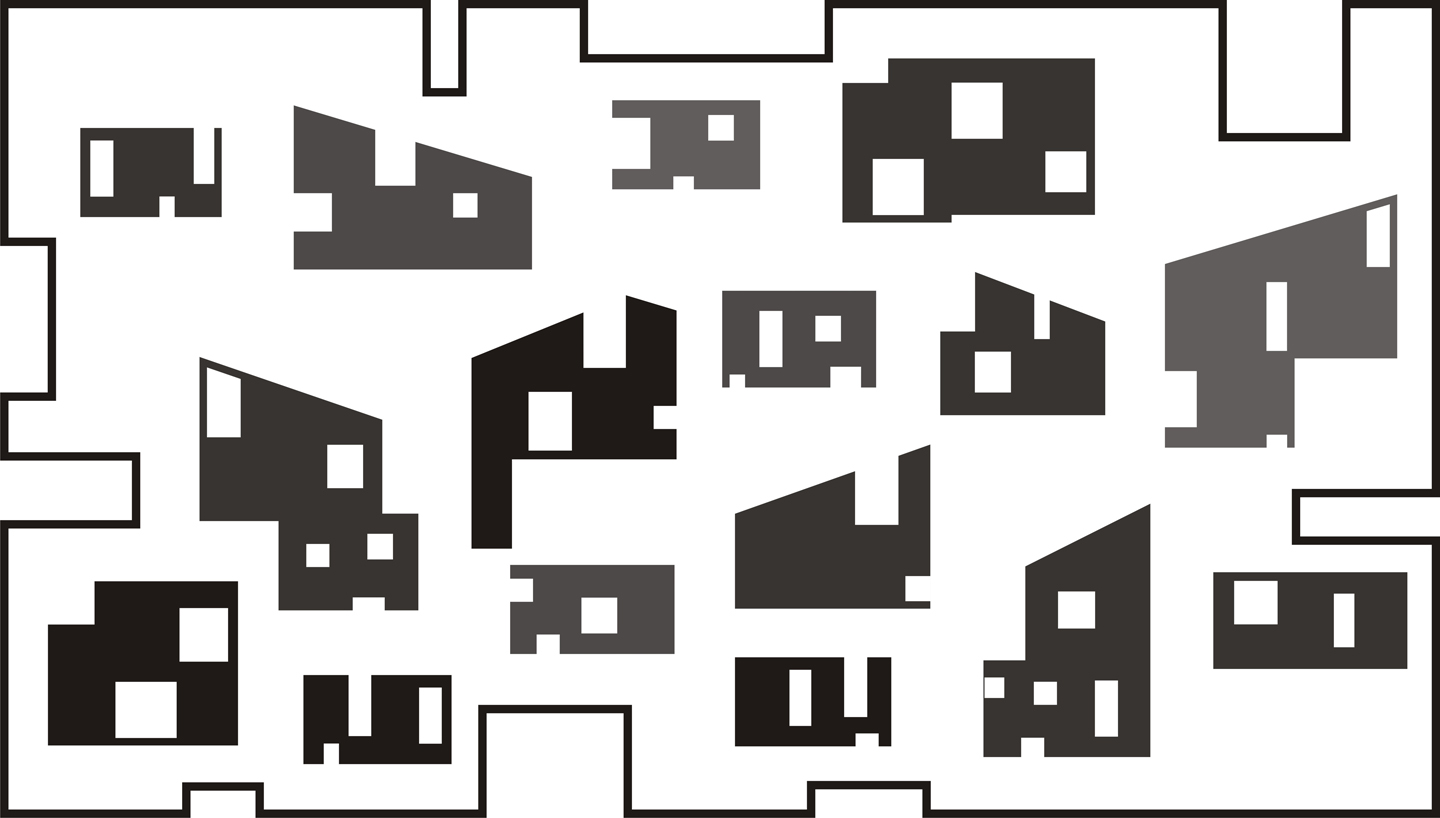 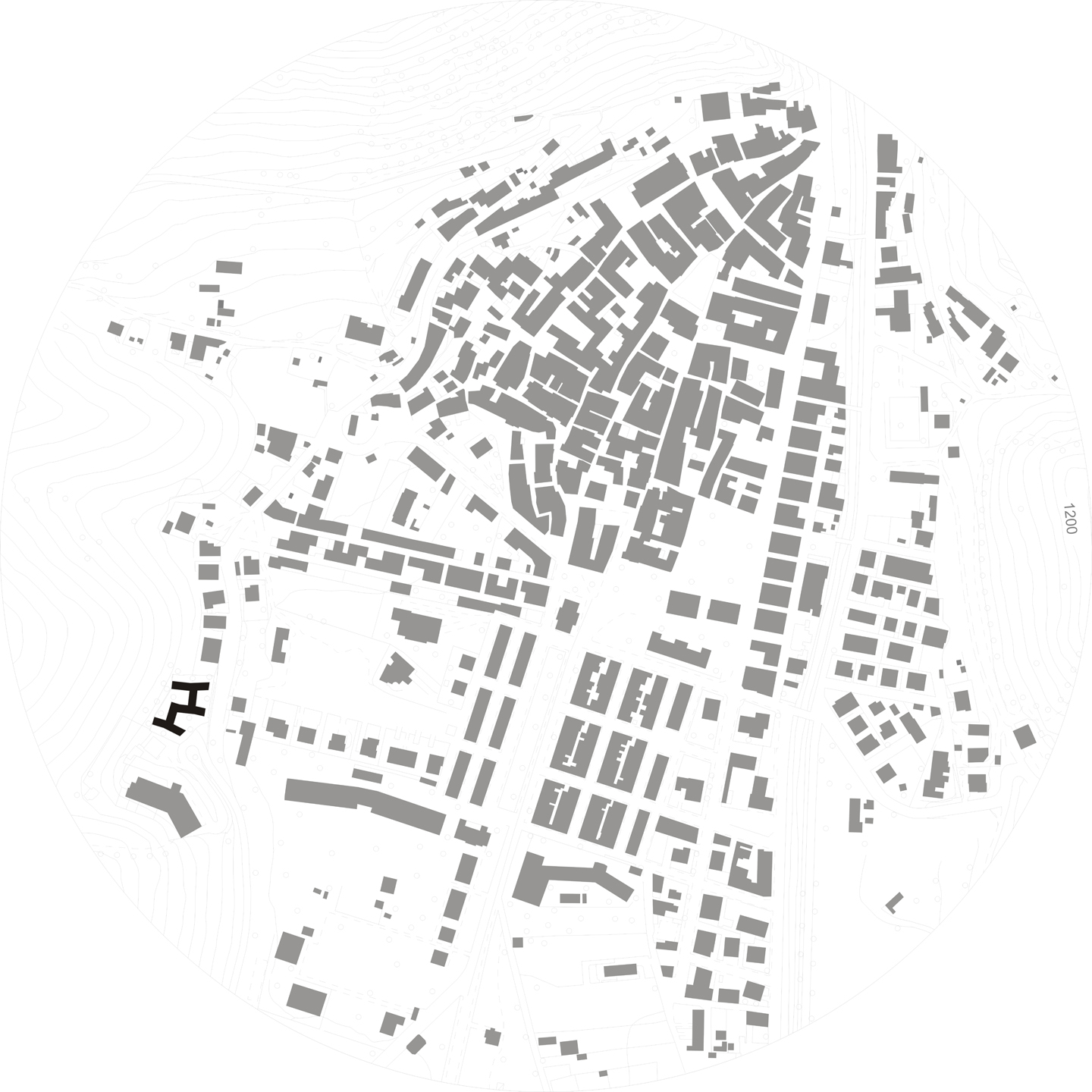 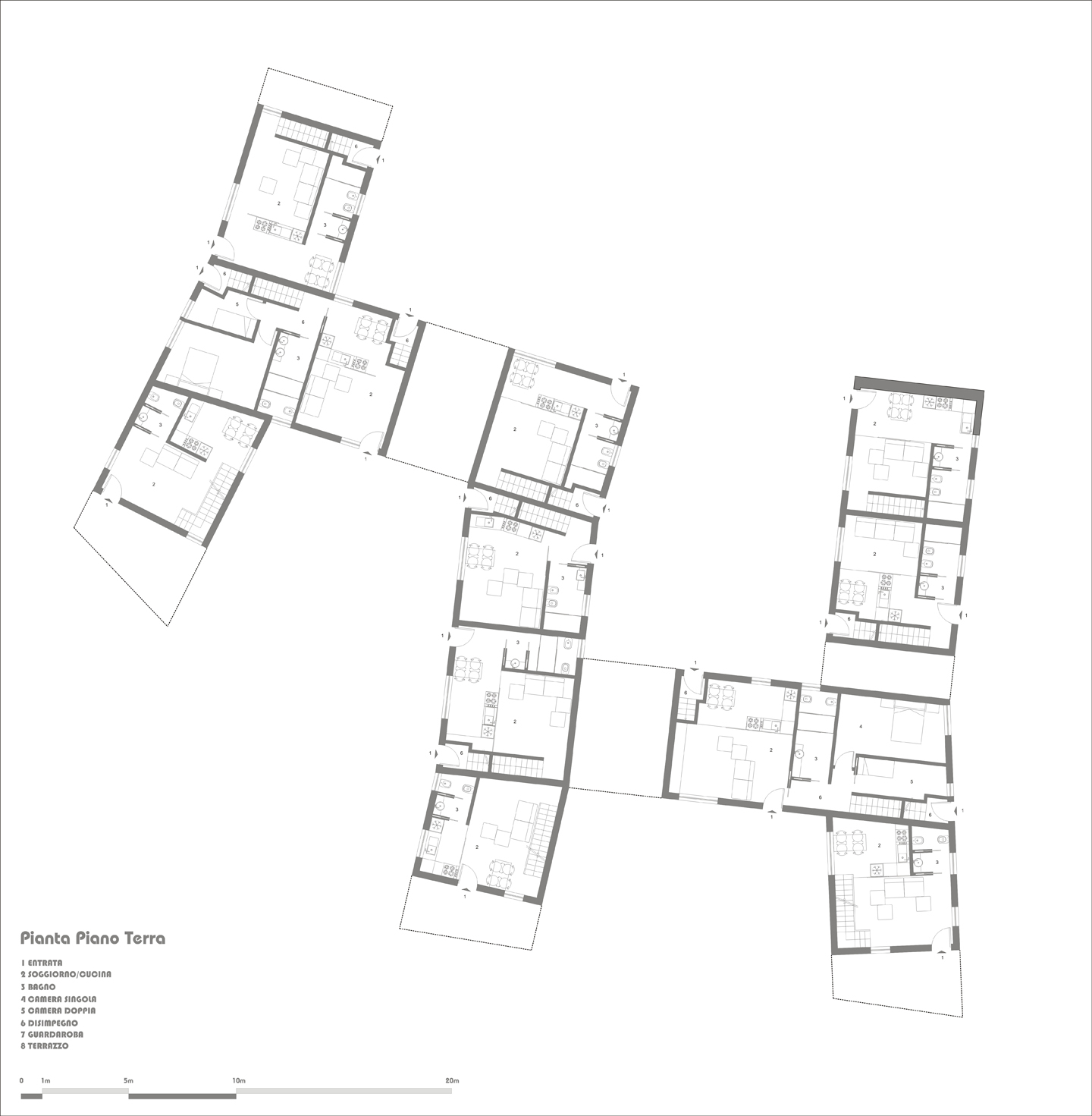 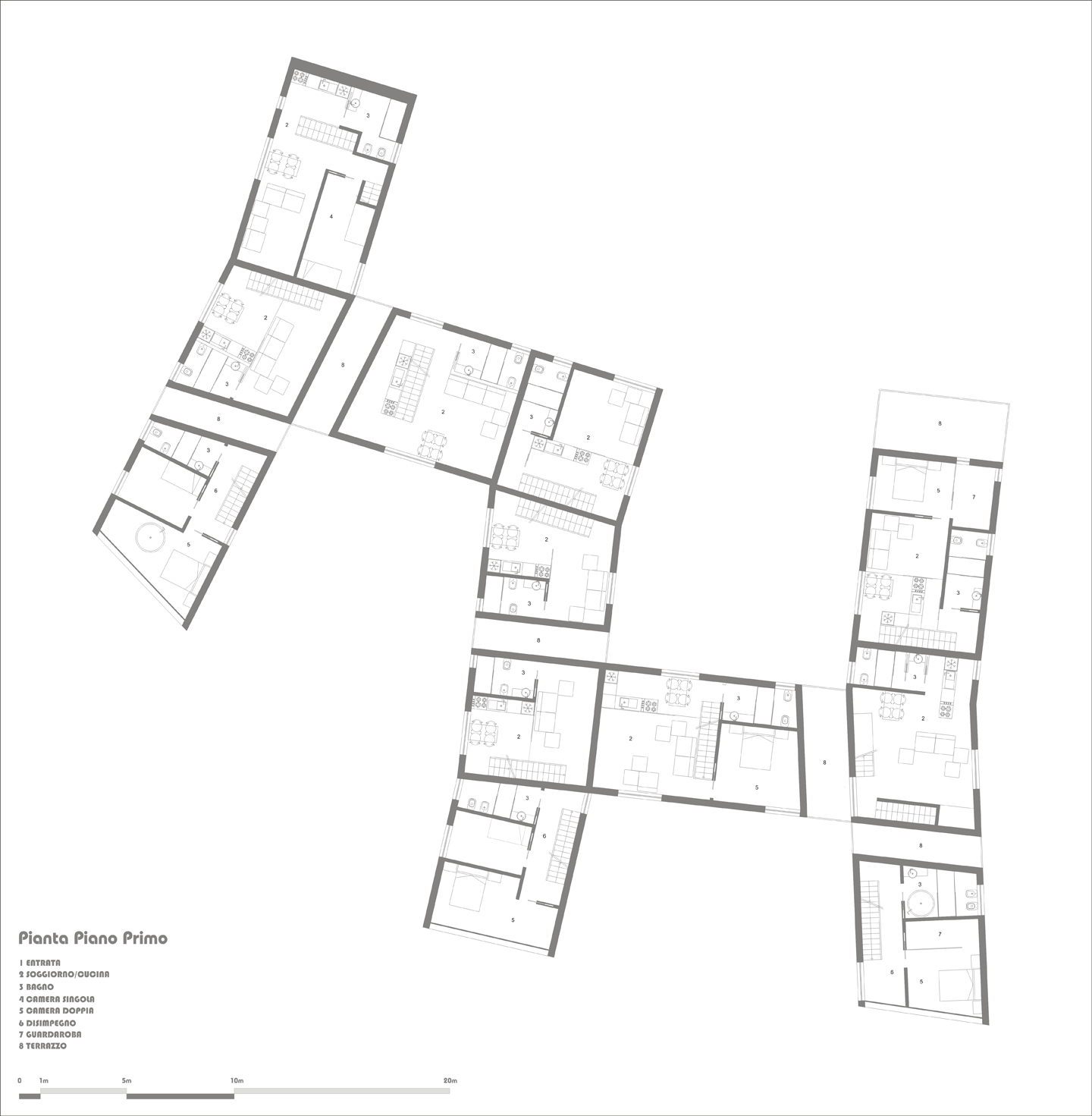 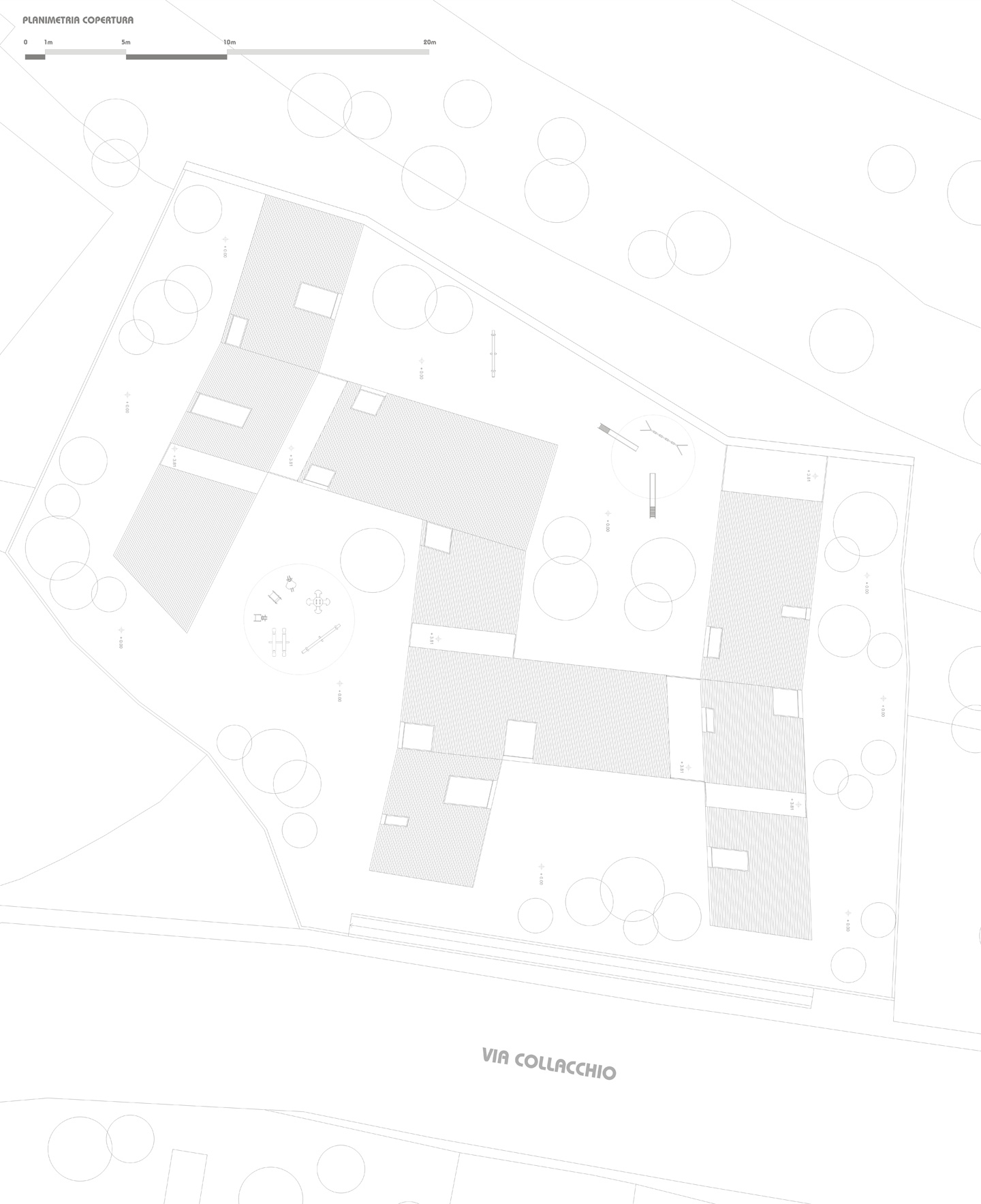 This space is designed and organised through sound planning, capable of renewing an idea of complexity defined by double dialogues to the area.
Dialogues that blend rural and urban context.
Dialogues in relational and productive capacities; dialogues between unity and change.
Dialogues concerning matter, colour, densification and environmental value.
Dialogues between complexity and contradictions.
Dialogues, languages, and codes created by micro-communities oriented toward the building of long-term active, sustainable, and manageable spaces.
Languages able to reinvent themselves and spaces ready to transform themselves according to the needs of a society asking for openness, sharing, community, criticism and heterogeneity.
Dialogues shared by architecture willing to move within these coordinates.
Architecture chooses duality instead of purity; it is hybrid. Different levels of meaning are simultaneously evident and usable.
A sensor-architecture capable of reacting to external situations.
A transmitter-architecture which, like a fragile nervous system, turns into a transit membrane.
A message-architecture countering the culture of prison, which invites the eye to discover various hidden occurrences.
An architecture which, instead of simple and univocal rhythms, composes complex and contrasting ones.
An architecture which chooses to identify itself in a quirky wholeness, even though it is a fragment.
An architecture in such an abstract and concrete shape which becomes meaningful with its peculiarities and context; a context which is flexible and multifunctional.
The environment has a generic, non-specific purpose.
An architecture which, exactly like a living being, has its own evolutionary system defined by a project within its DNA in an open system.
An architecture willing to oppose a divided society; a territory which is fragmented through spatial answers; communicating hidden aspects of the new reality.
A new reality made of information, strategies, sensitivities, tactile and auditory, able to link the human body with this matter, in a sort of an inner landscape.
In this way architecture becomes the thermometer of how the contemporary habitat is perceived, conceived and lived.
It is conceived like high tech favelas.
This is the only way for architectural space to embrace and complete everything. Only in this way the fragment becomes the wholeness.
These are spaces that would have no sense when taken out of their context.