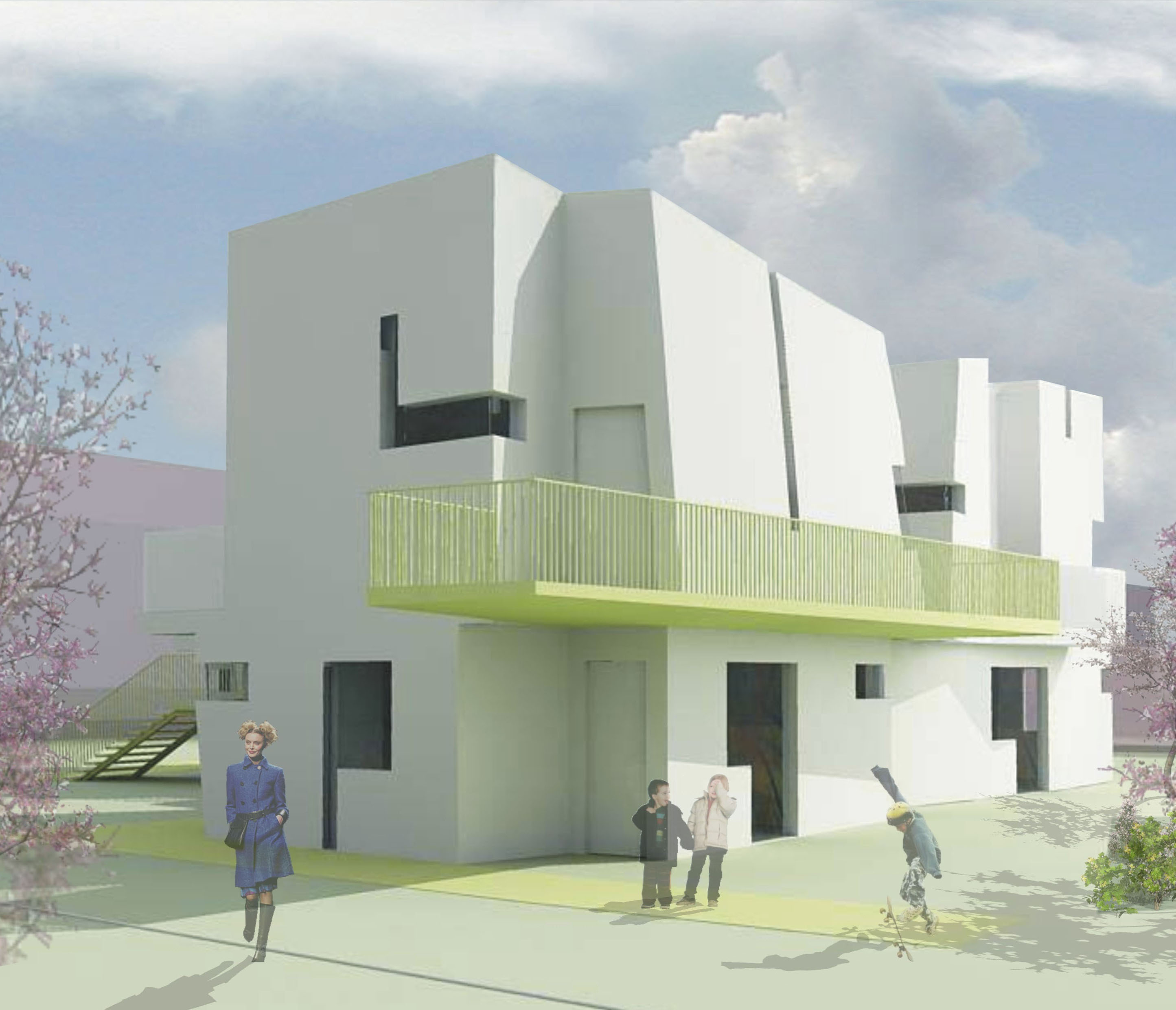 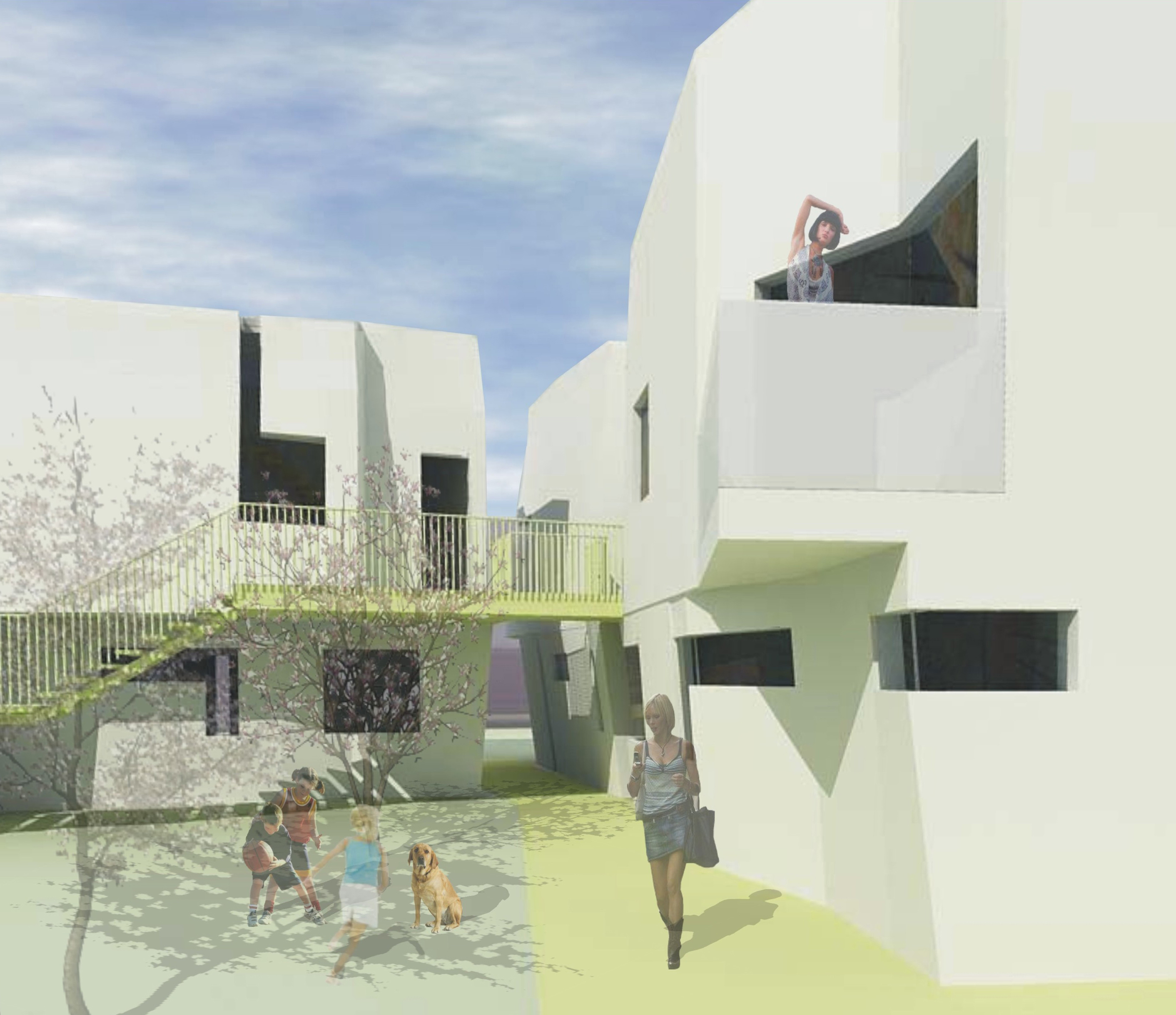 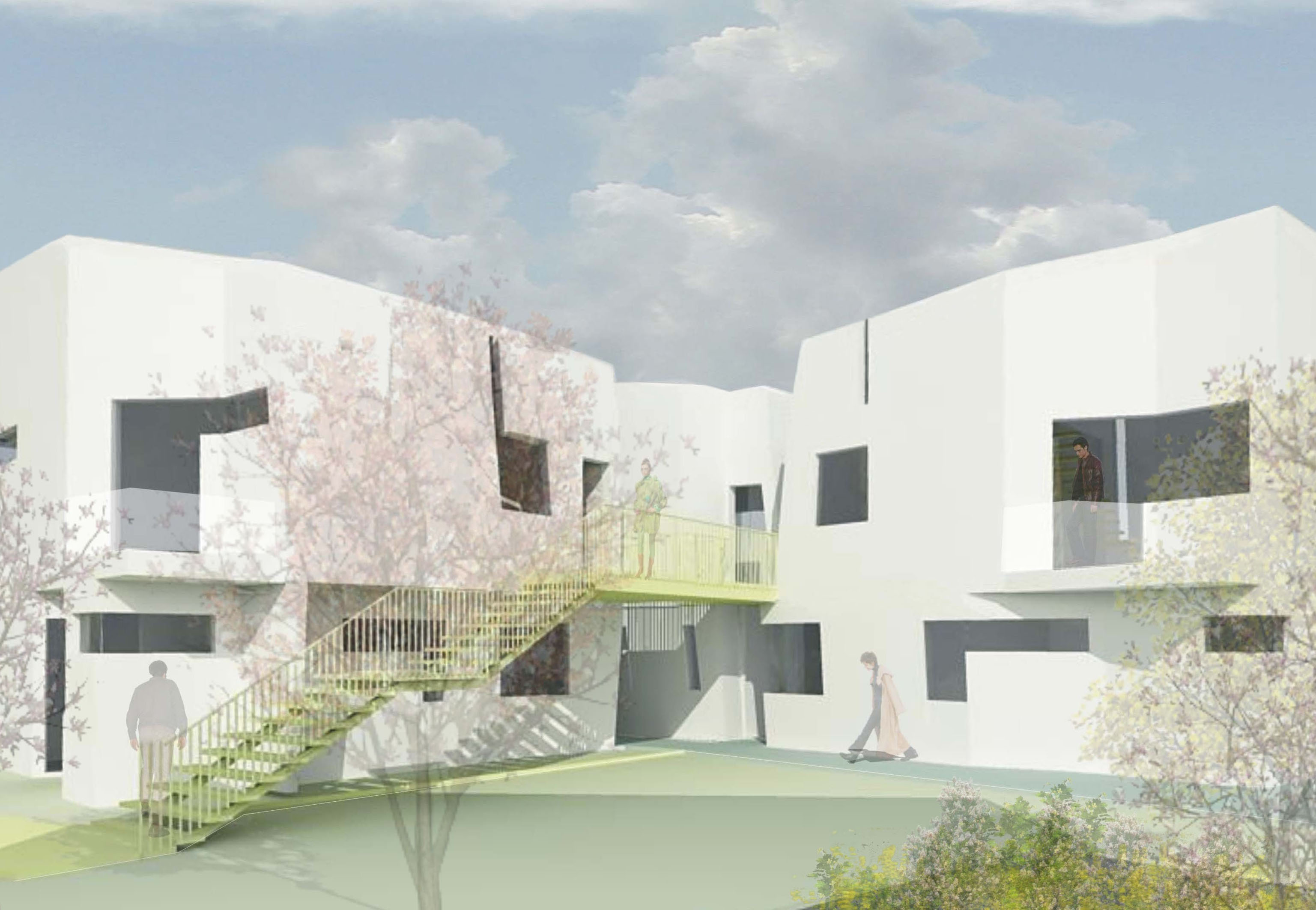 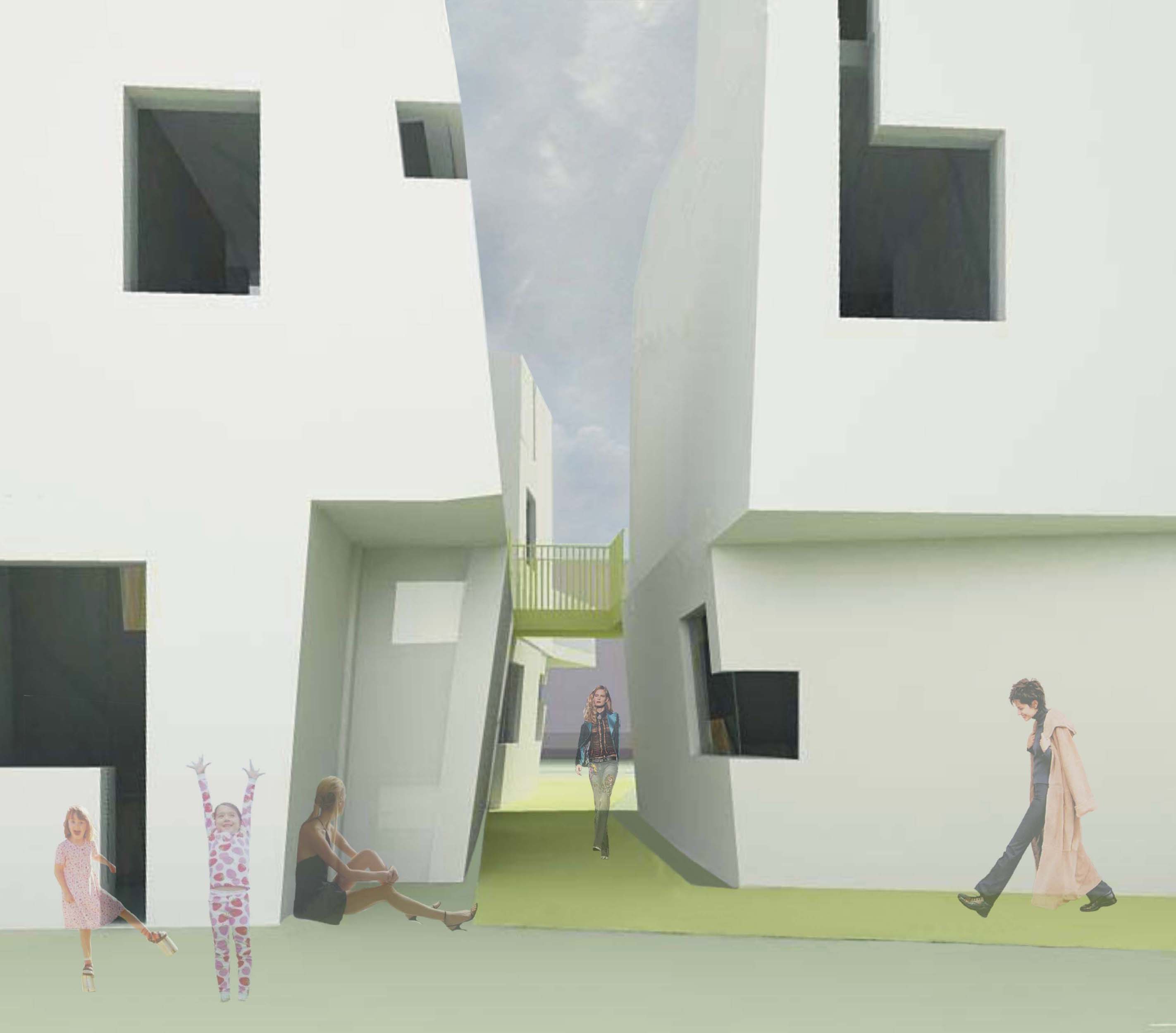 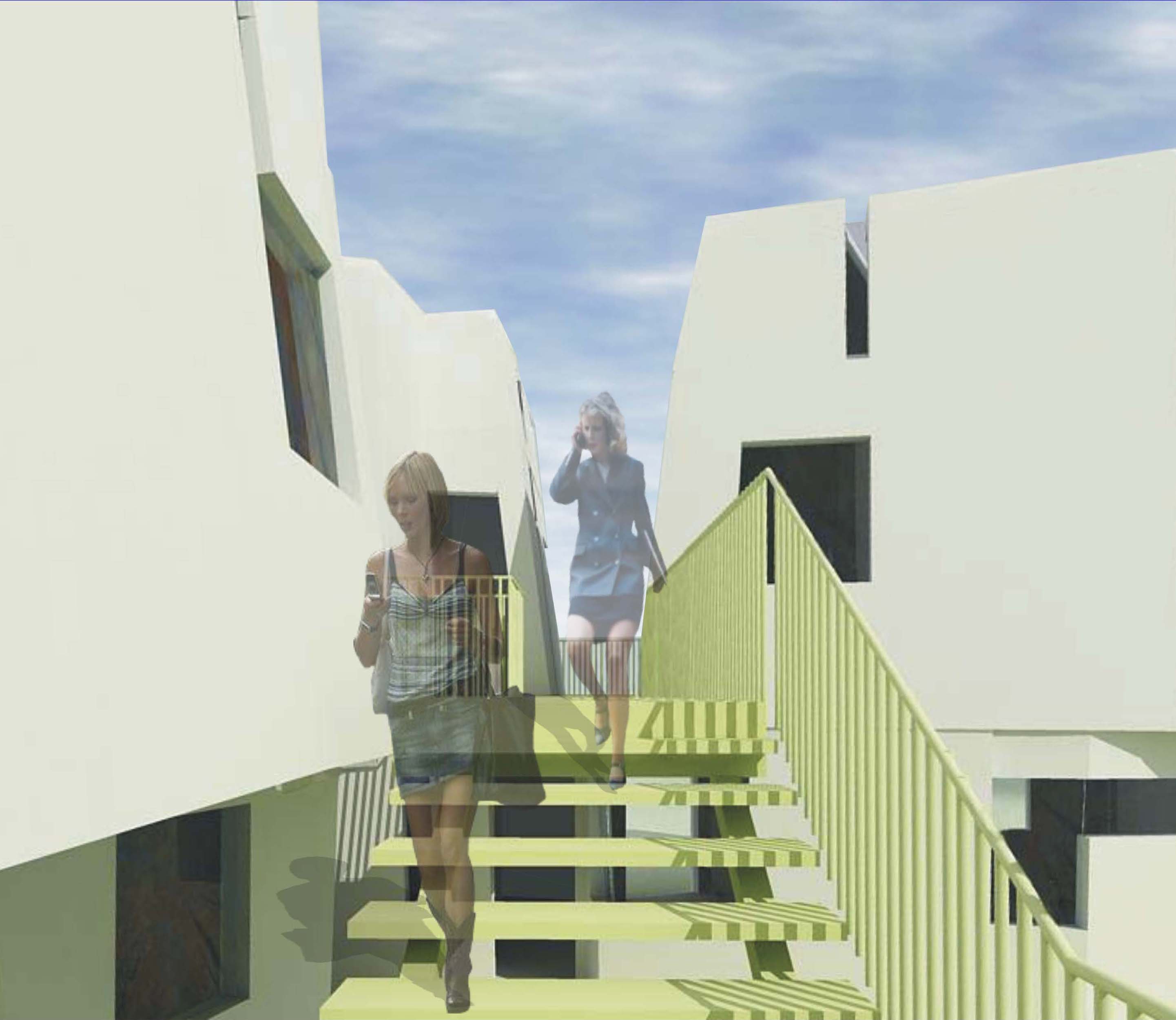 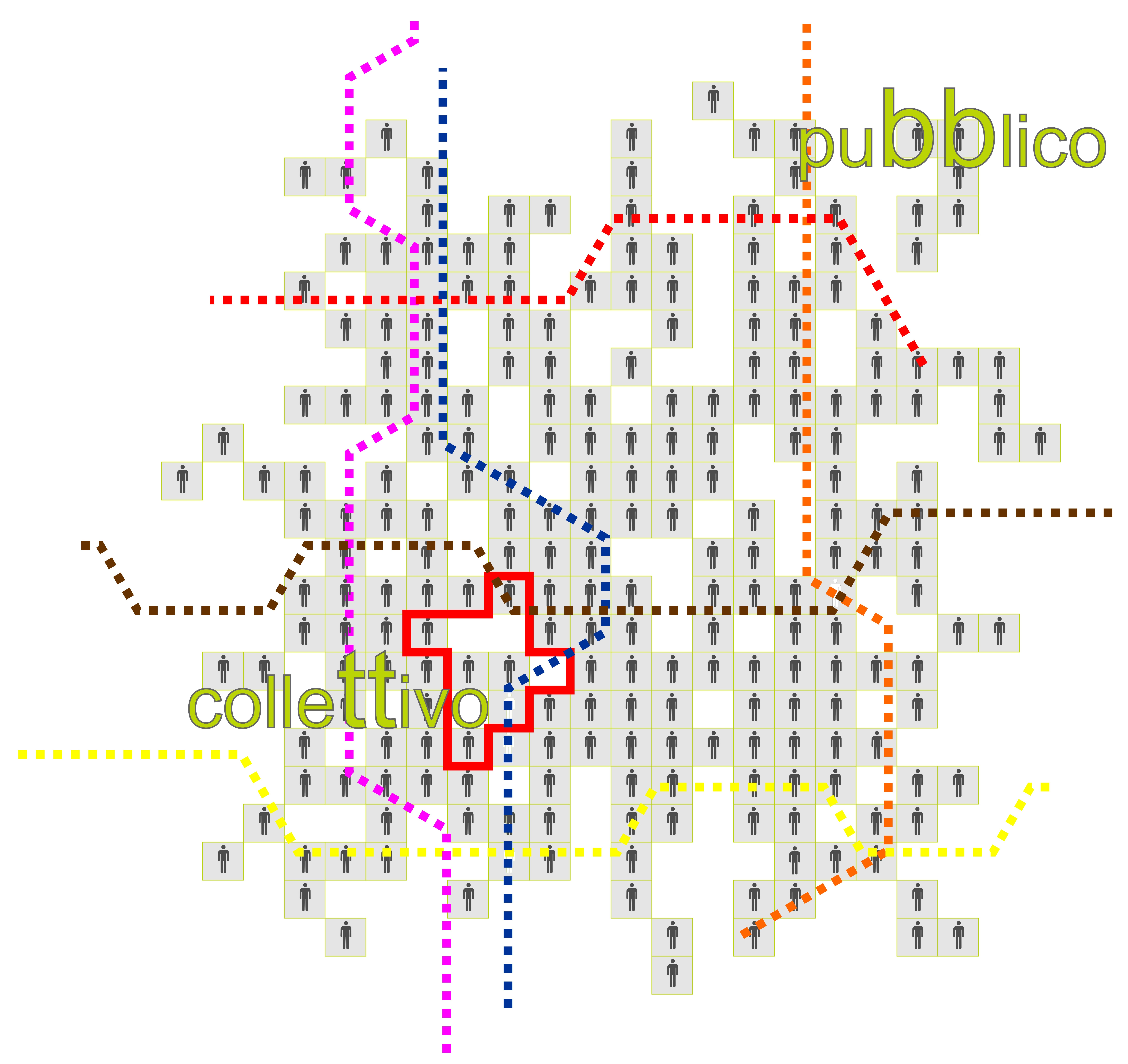 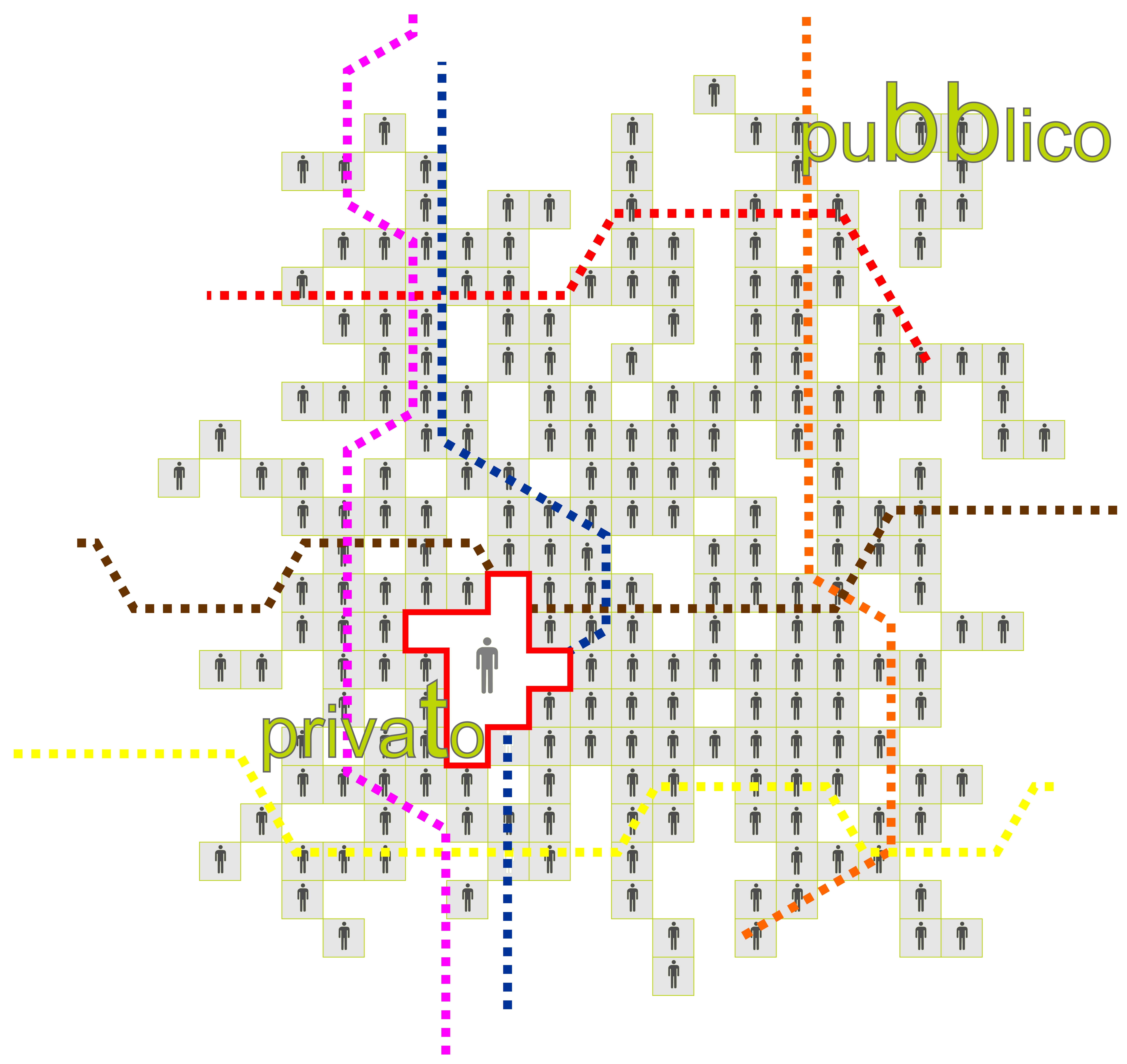 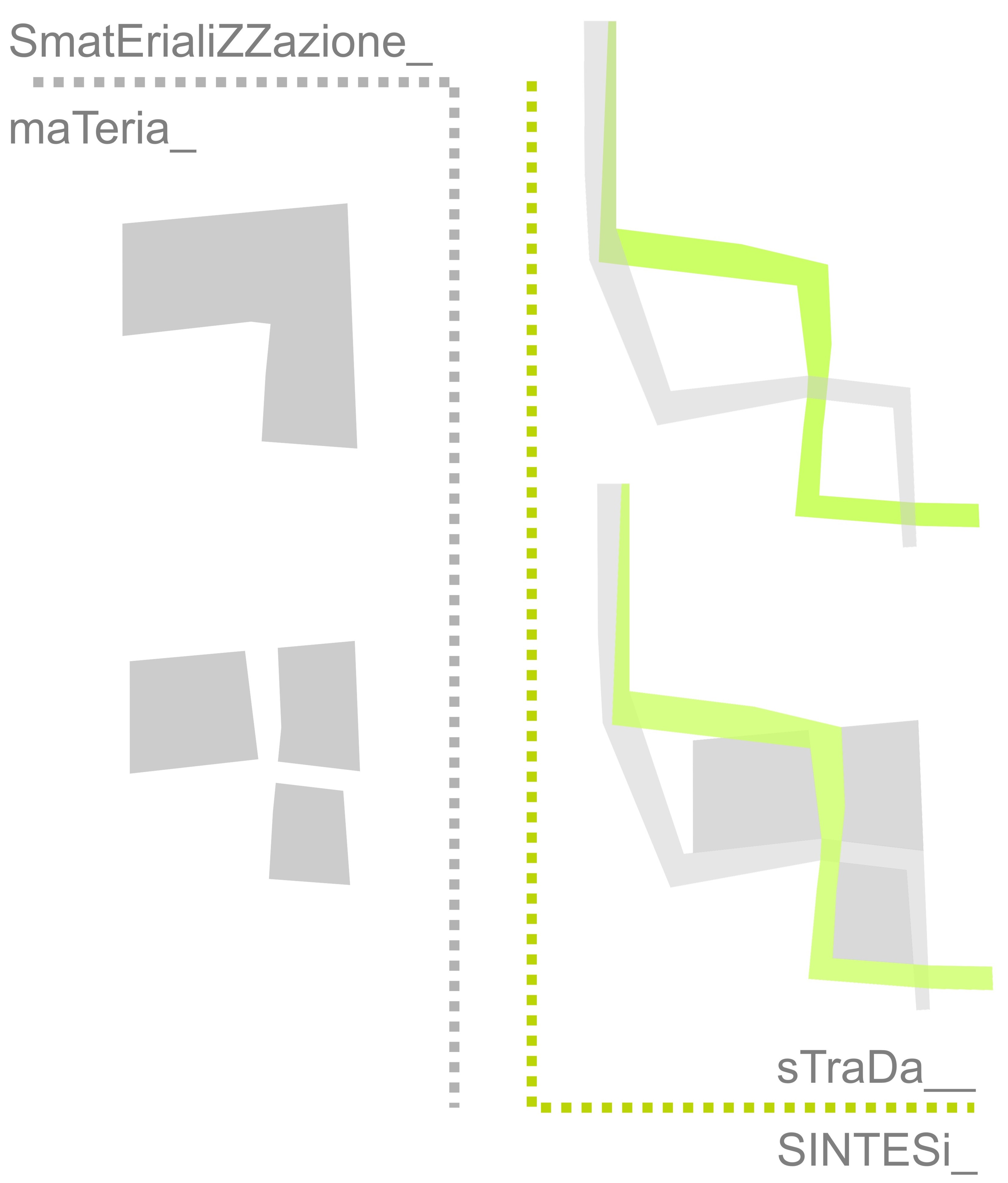 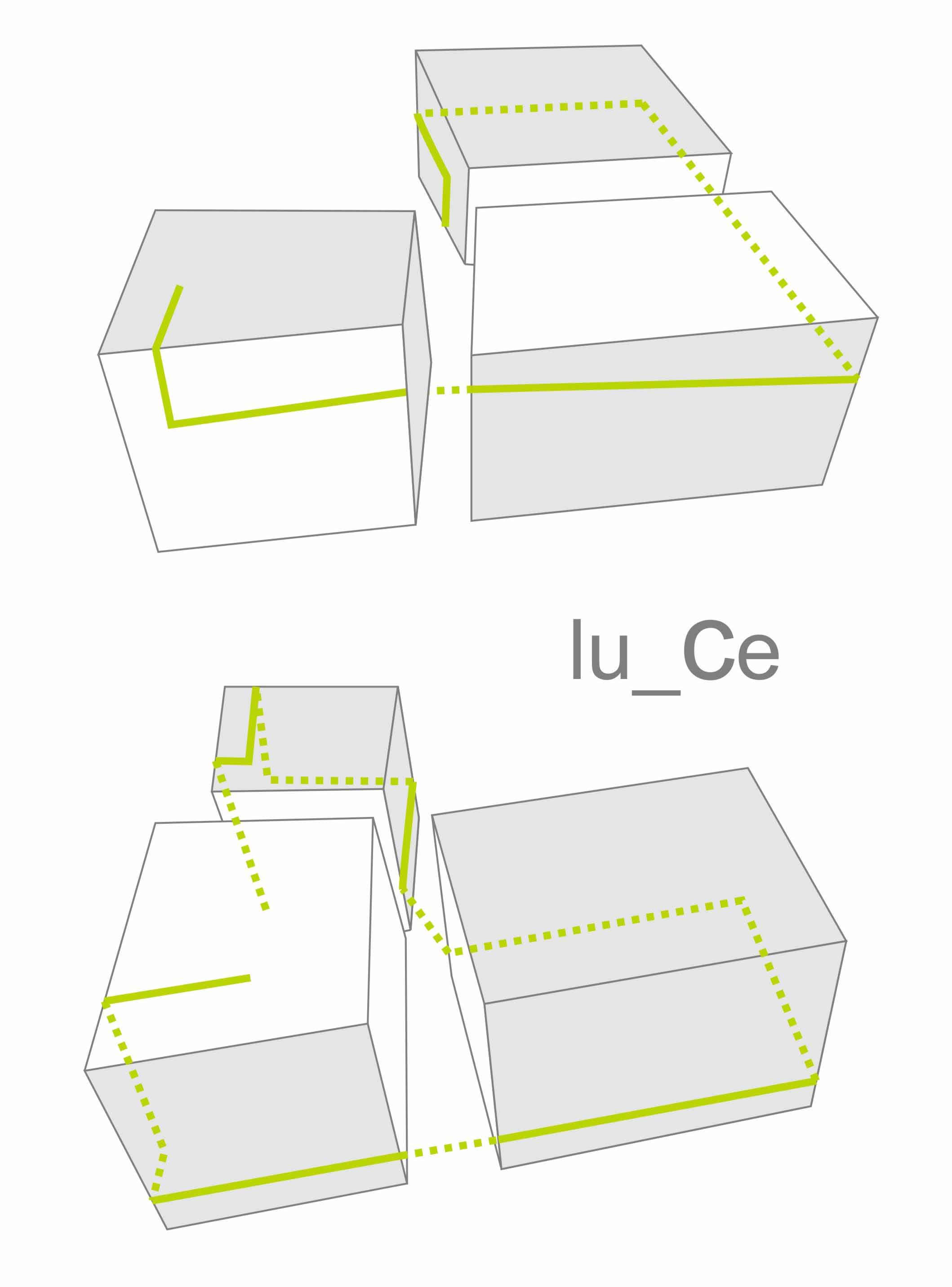 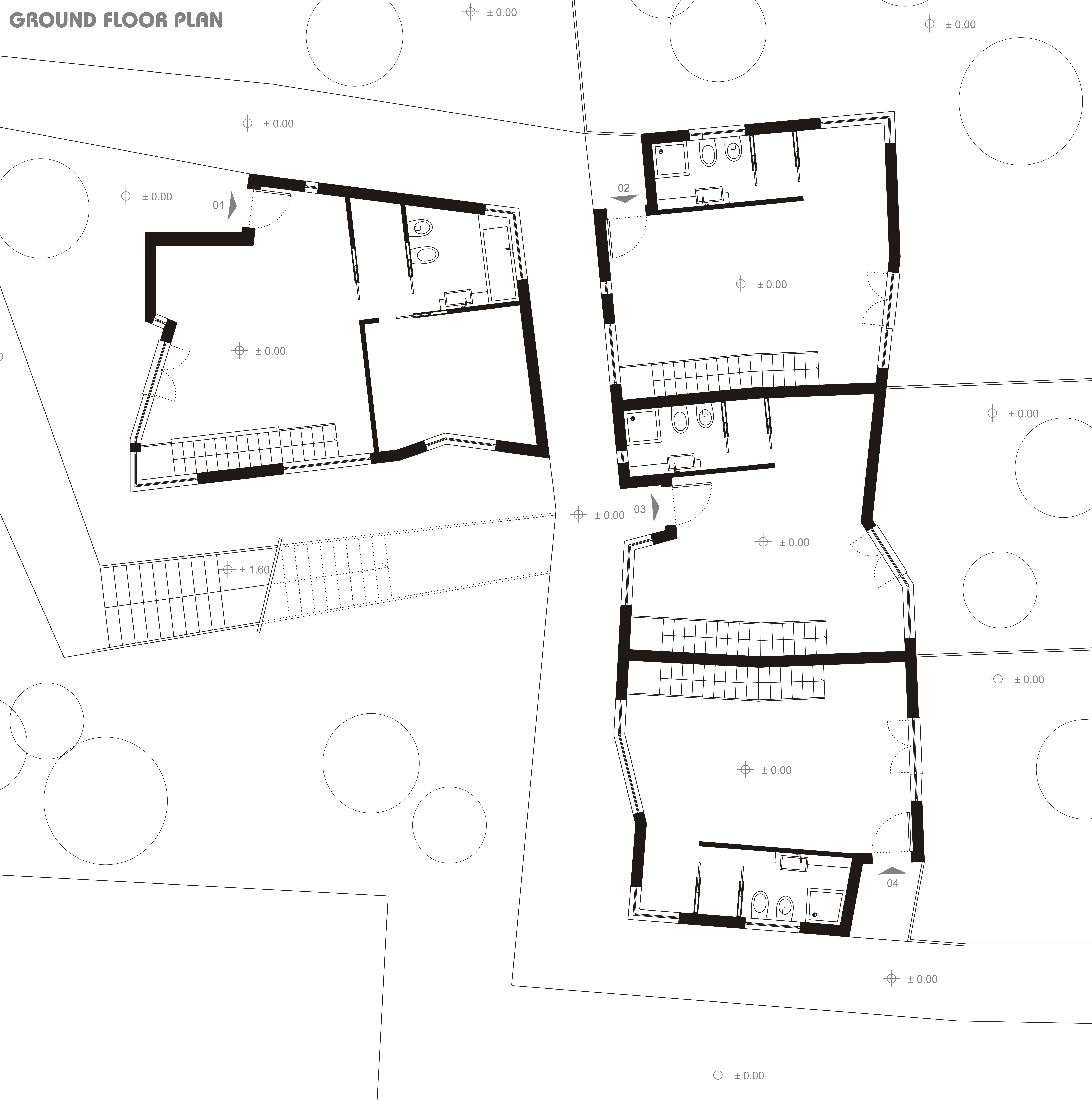 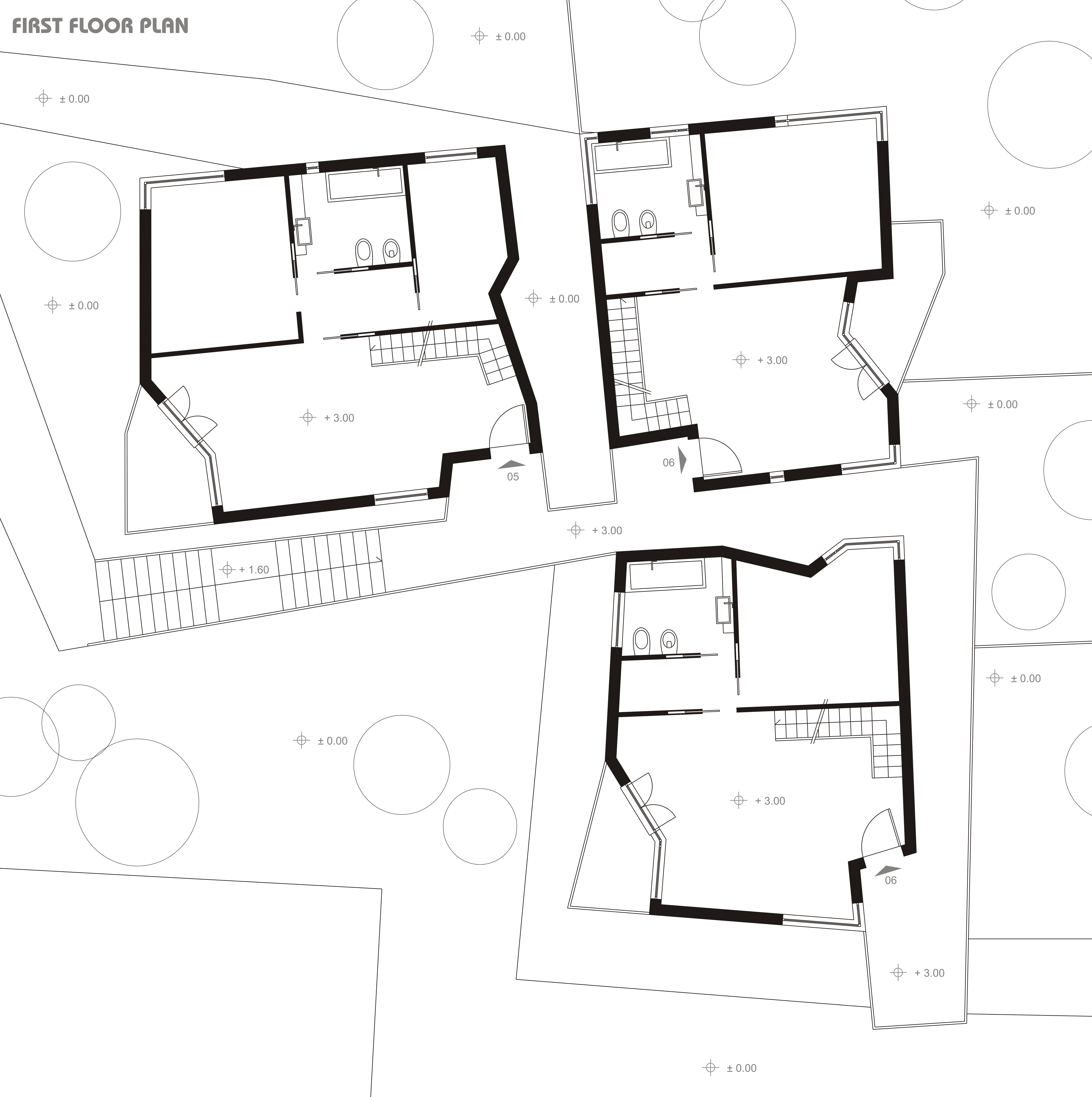 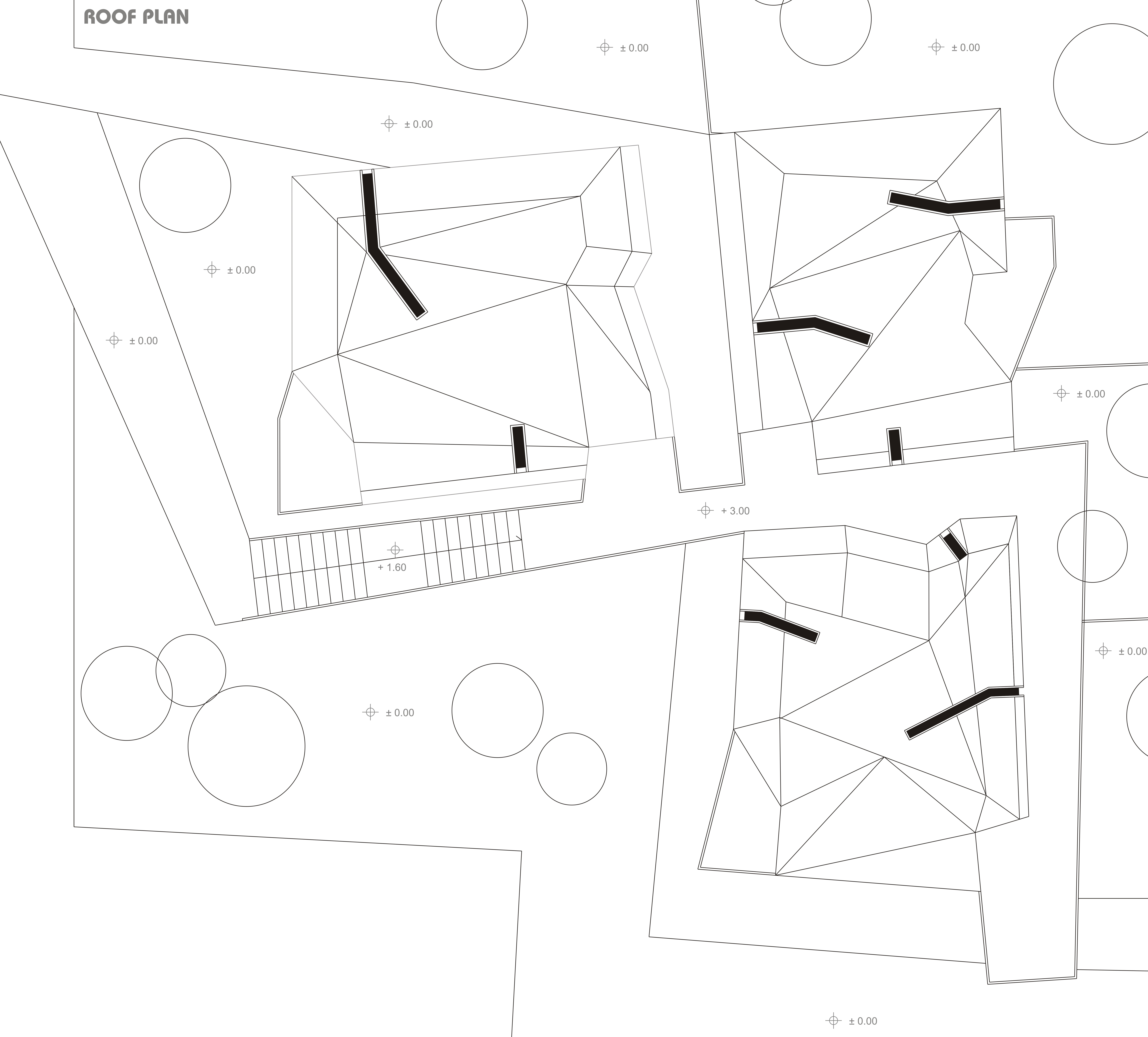 The project is included in the framework of the residential development of Busto Arsizio suburb village (Varese). The idea in the whole, wants to have an “urban_social” soul with an interconnection between urbanity and sociality. Because of the endless socio_cultural flows of contemporaneousness, the city and human relations become something inseparable. Everything takes shape not as mere object on the surface, but the surface itself, through its dynamism, shapes the essence of how to inhabit a place and defines a sound spatiality. In this way overlapped signs and lights of the context plow and dematerialize the static volume of the steroemetric camera. They define a hybrid, organic and permeable solution which highlights the interdependence of the different functions among the public and private relationships. The structure is a revision of Milano railing type, even if next to common spaces there is the independence of each single unit houses able to guarantee comfort and well-being.
Therefore each apartment can be secluded and intrinsically linked with others at the same time. Each apartment becomes a unique element destined to shape a whole, which is formally defined by ruptures and turns that bring to a coherent reading instead of a scattered one. The gallery is composed of two different elements: pure and linear structure making a connection between apartments and, suspension structure for the upper level apartments. The light filters and engraves on the whole covering, producing a spiral-shaped beam of light which follows the surfaces of the object.
The intention was to create a project able to give strength and specificity to the place, intending for place the whole urban structure.