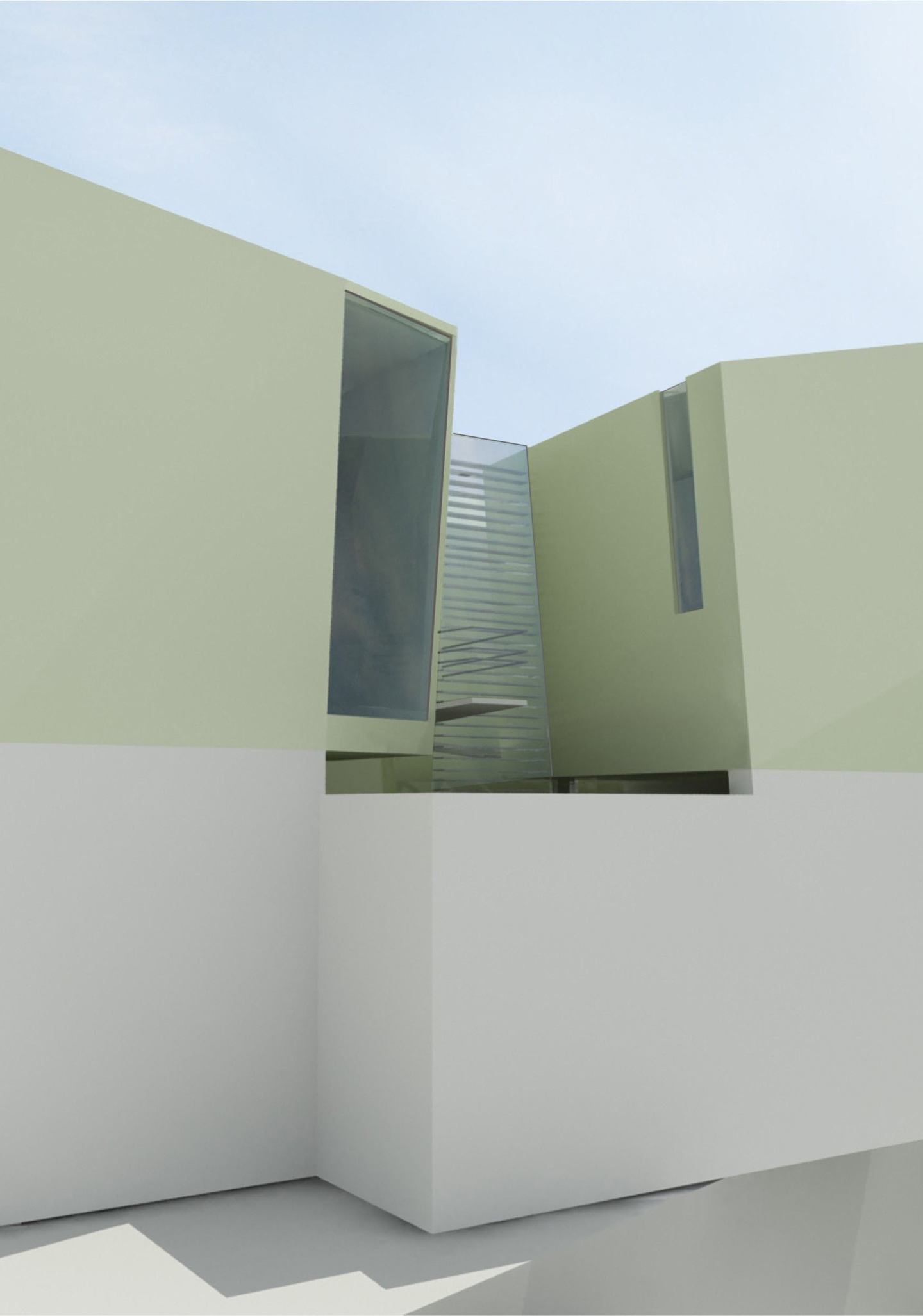 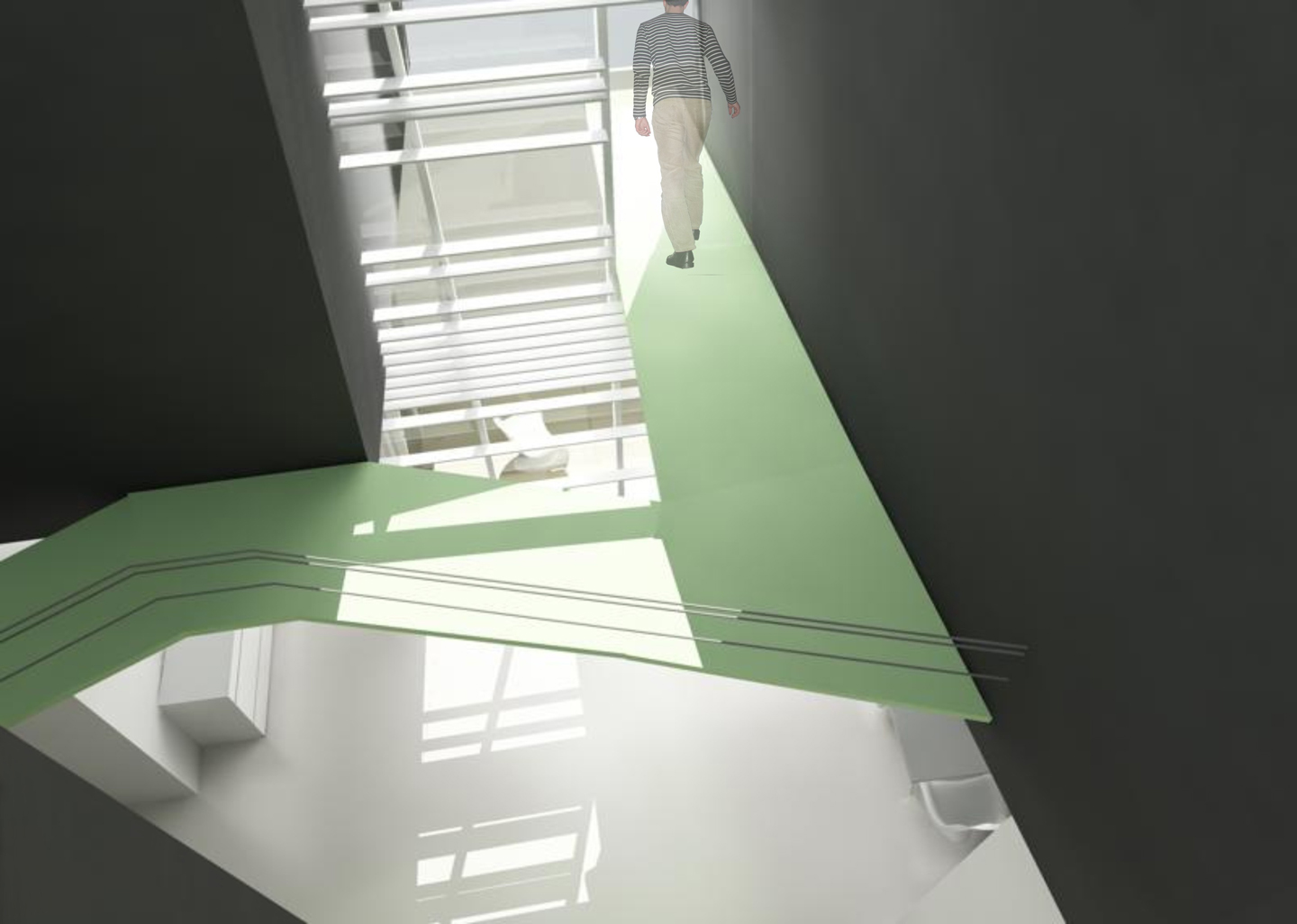 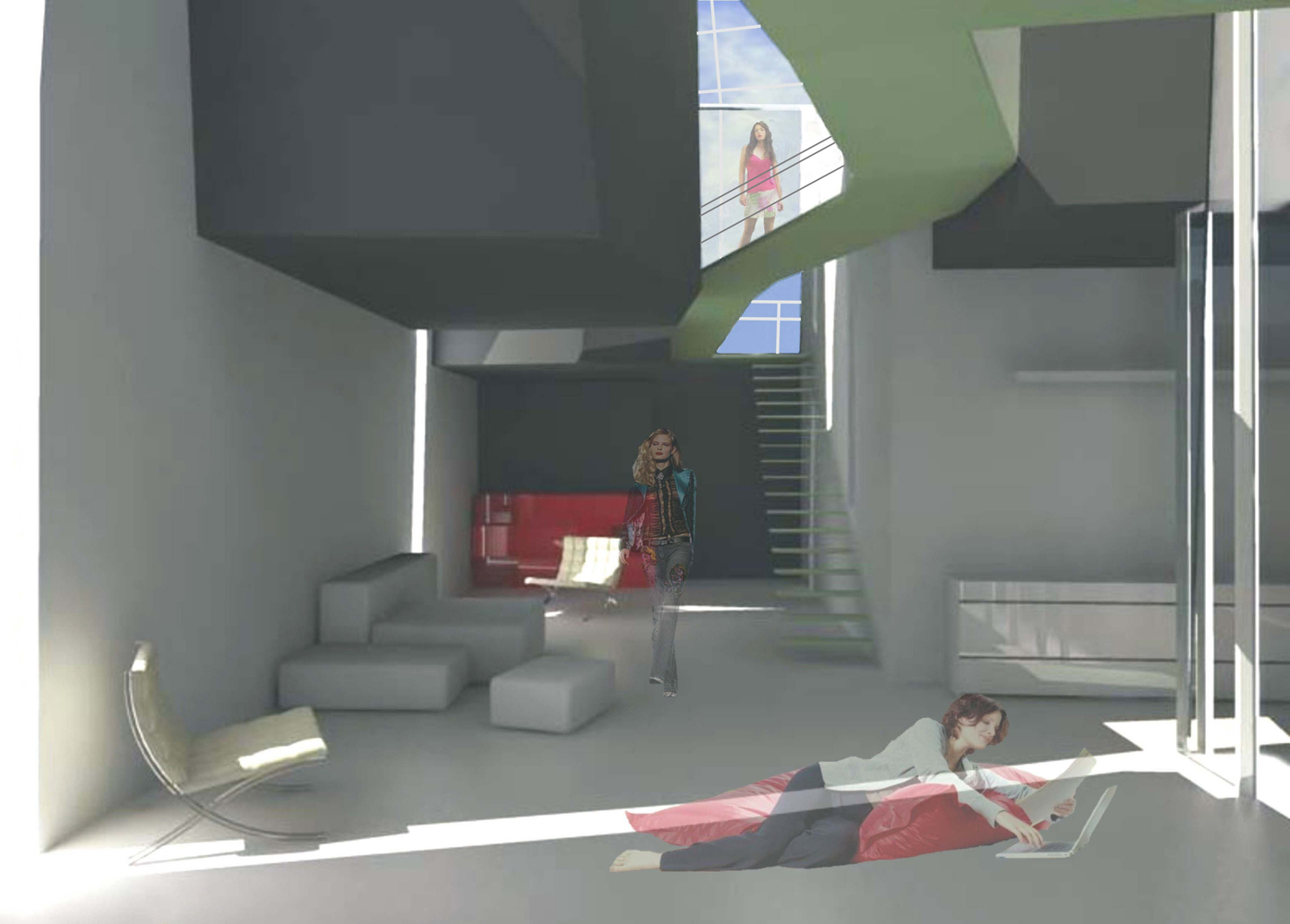 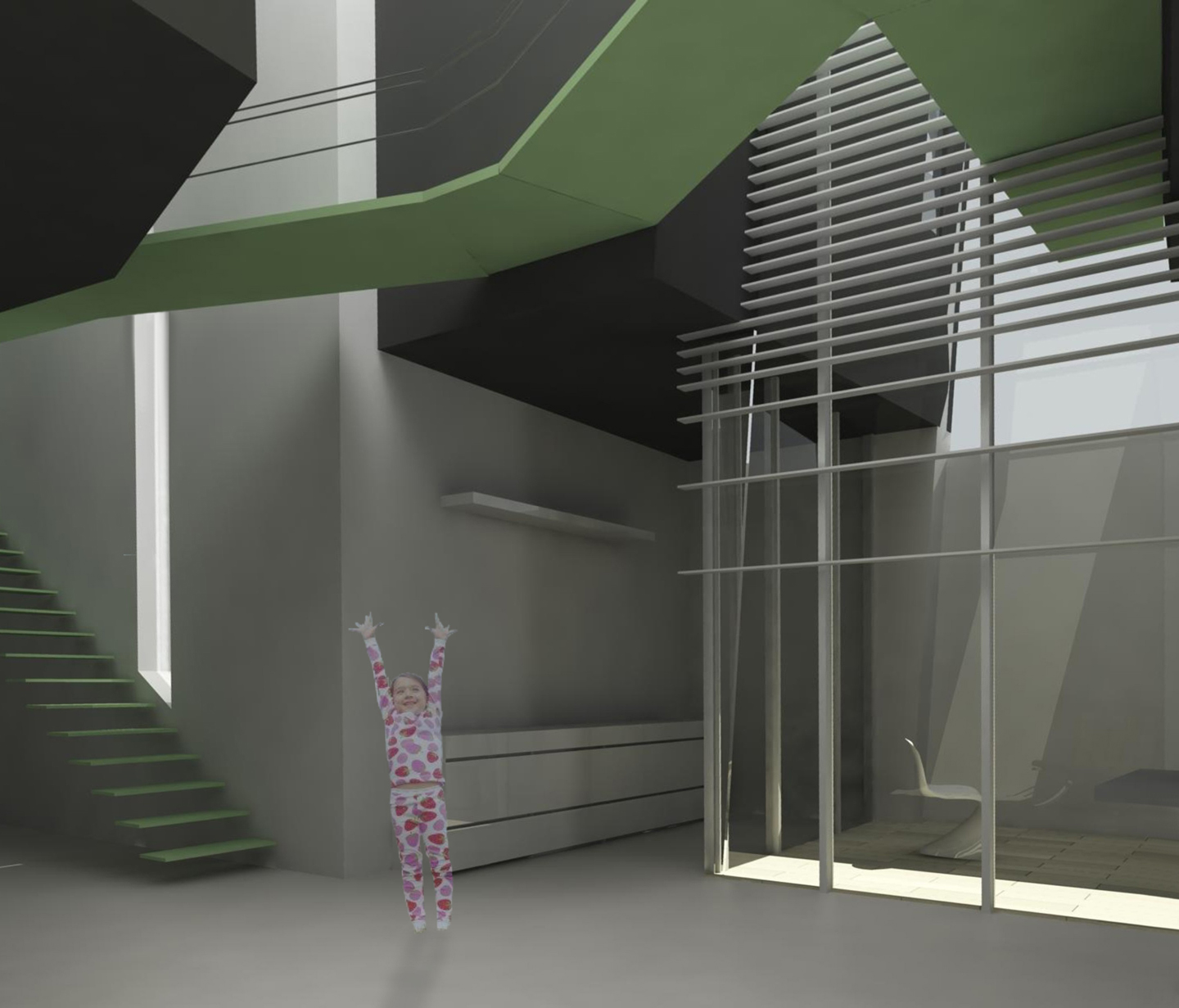 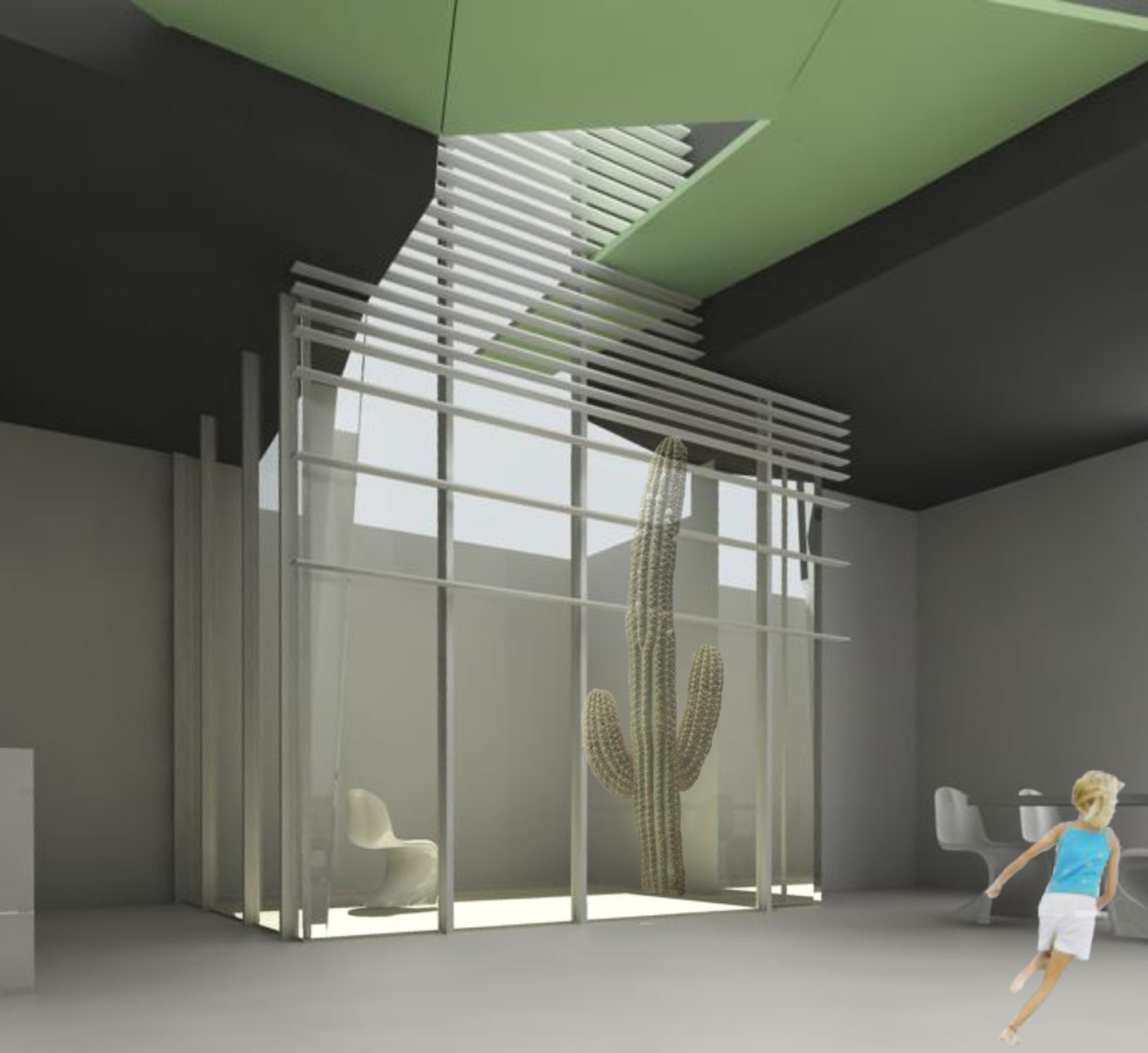 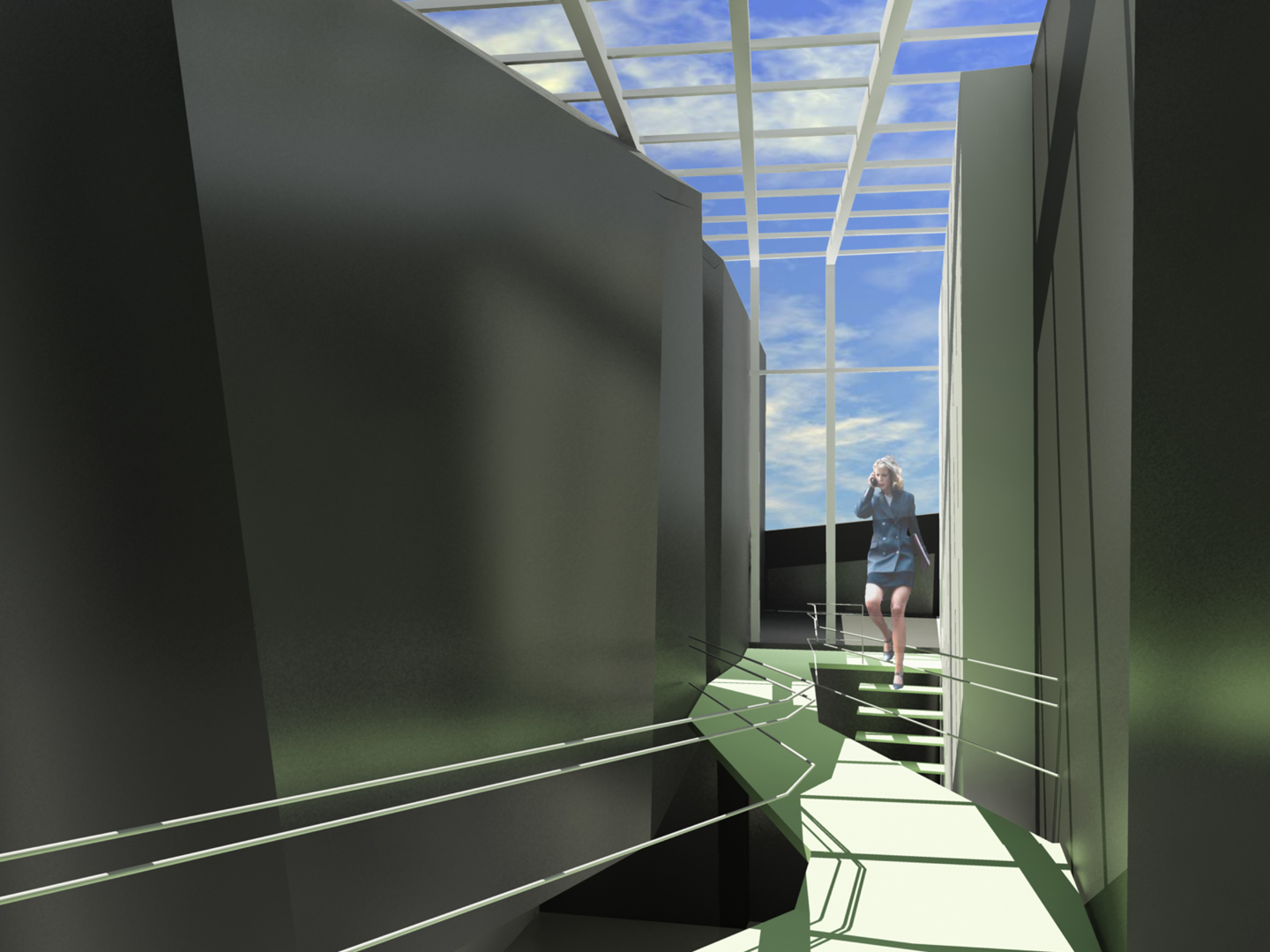 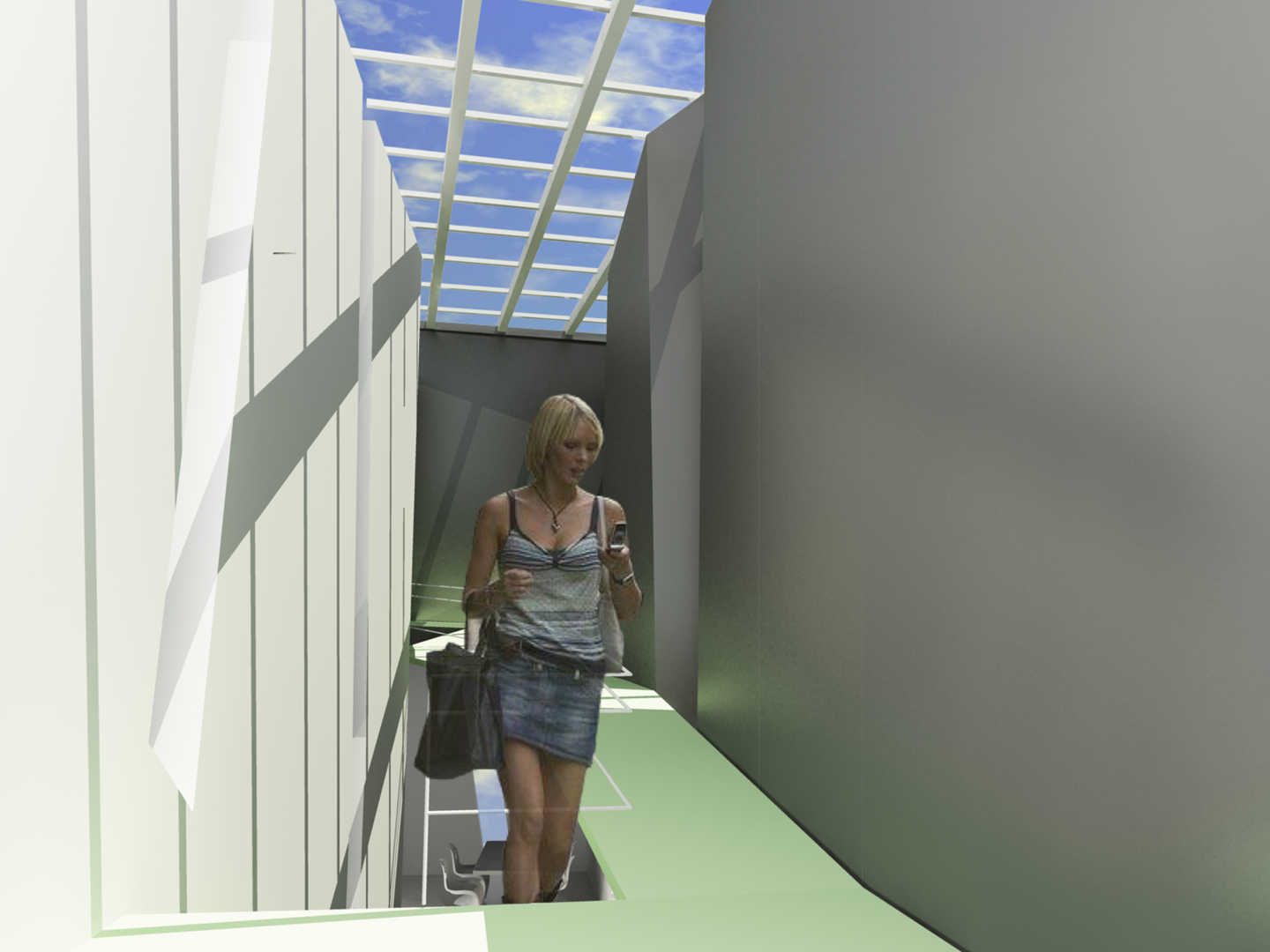 The residential takes shape in the form of expansion and resetting of preexisting environment.
The project concept addresses a spatial analysis according to contemporaneous patterns where challenge and symbolism suggest an attention to the urban. The idea was to tell a unique, eternal, movable and convertible spatiality.
We decided to support the research about mutation being it the main element of the contemporaneous being.
In this way the noiseless space is enriched of elements and tangles that are part of a vital shape of the house.
The traditional typology is denied as well as its separate spaces are betrayed and consolidated, to enhance a three dimensional, global, and infinite view of the dynamic life’s game.
The sense’s visual and tactile suggestion of the cybernetic world of suspension is evoked.
The whole system is born through shy accessory_boxes which invade the space and accompany a promenade made of obscure secrets and metaphysical and intense lights.
A flexible laboratory of shape and lights without barriers.
The thin and almost impalpable stair element is the invisible halo of the flying over flight. The flight is the only mean that establishes a contact between the structures; it dematerializes it-self and then erupts out of the building.
Later on, the whole spatial complexity needs to adapt it-self with time: night and day, and seasons. It becomes an open air area, through movable openness. An open sky box, a private garden welcomes the surroundings and all external conditions.
We tried to give shape to a product able to welcome contemporaneous society!!!!