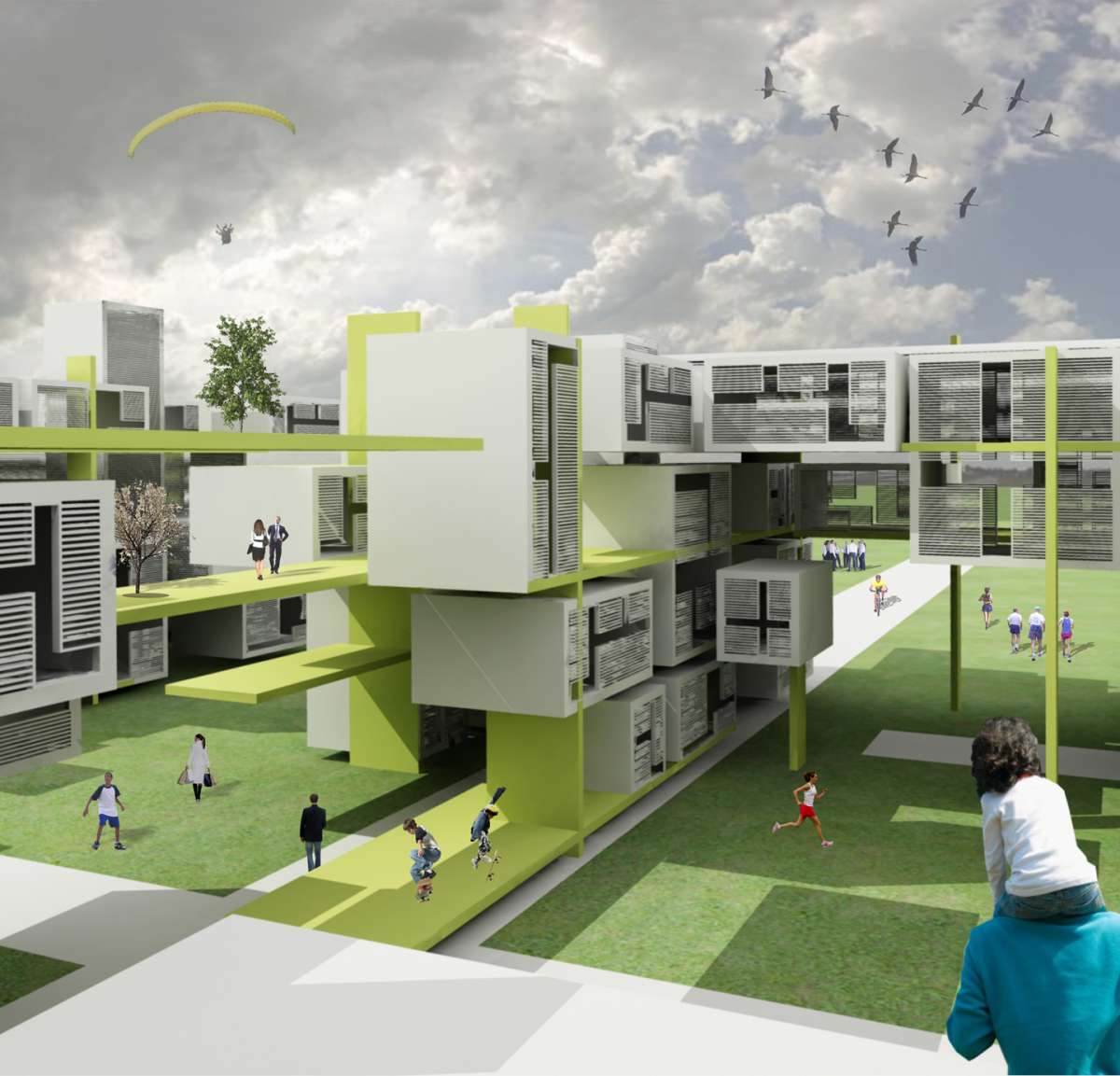 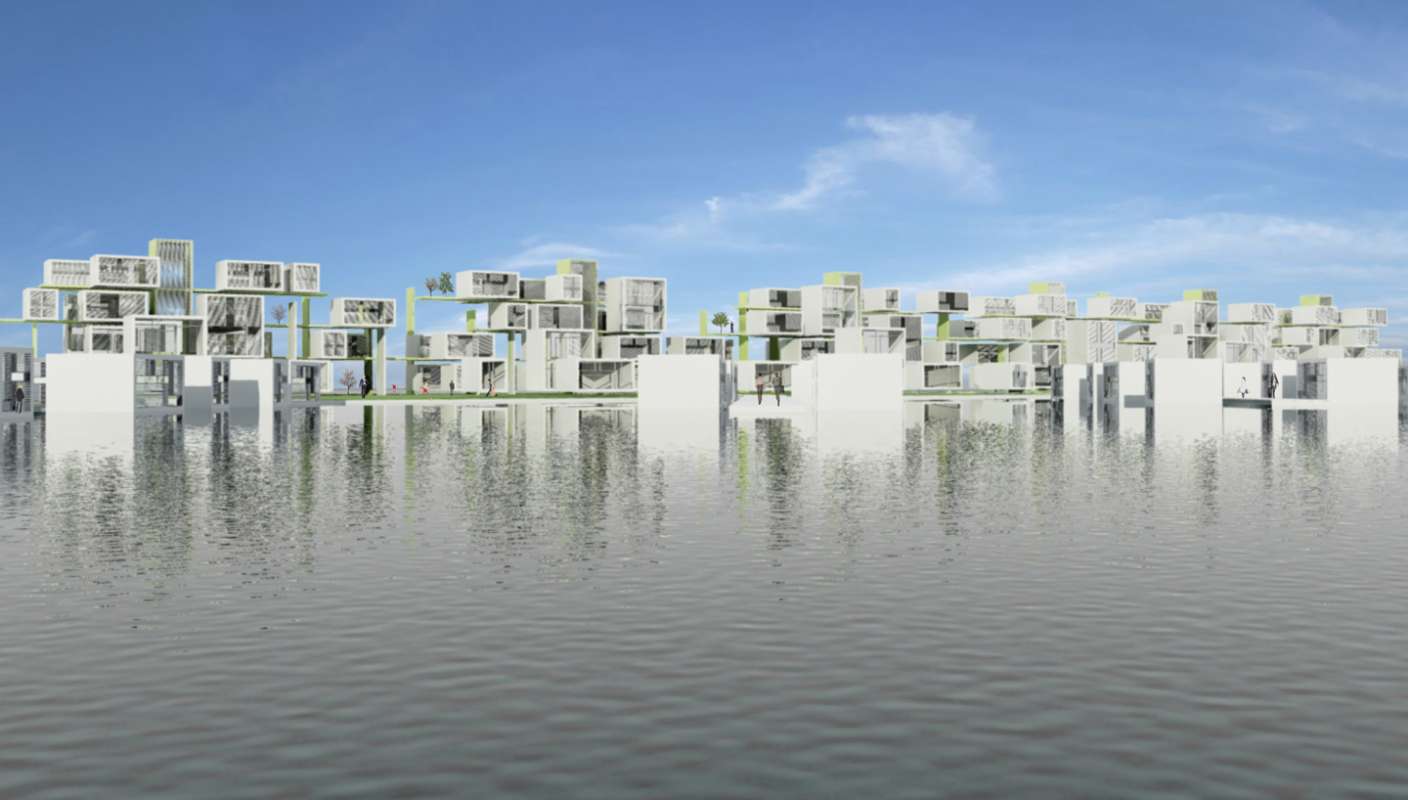 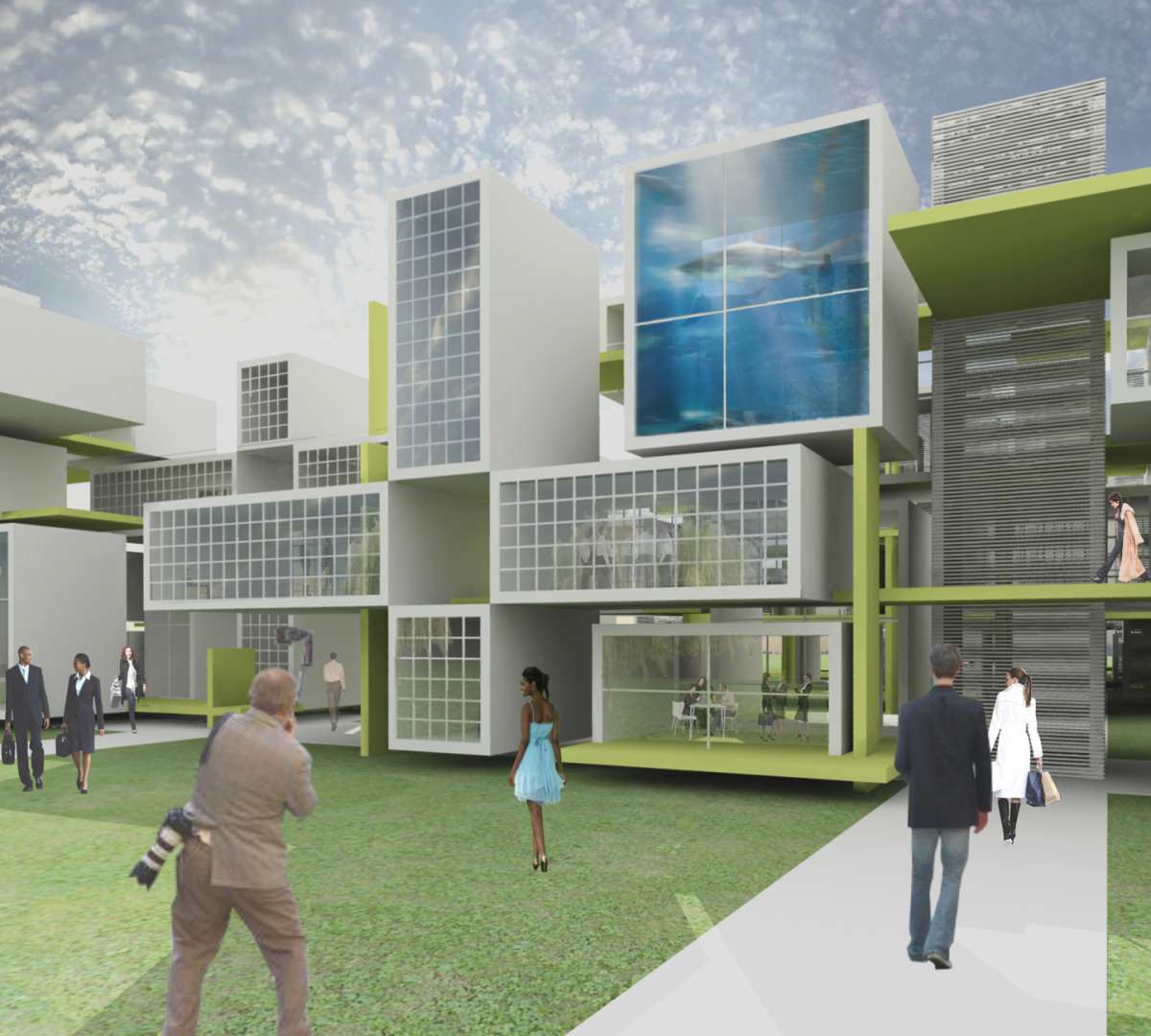 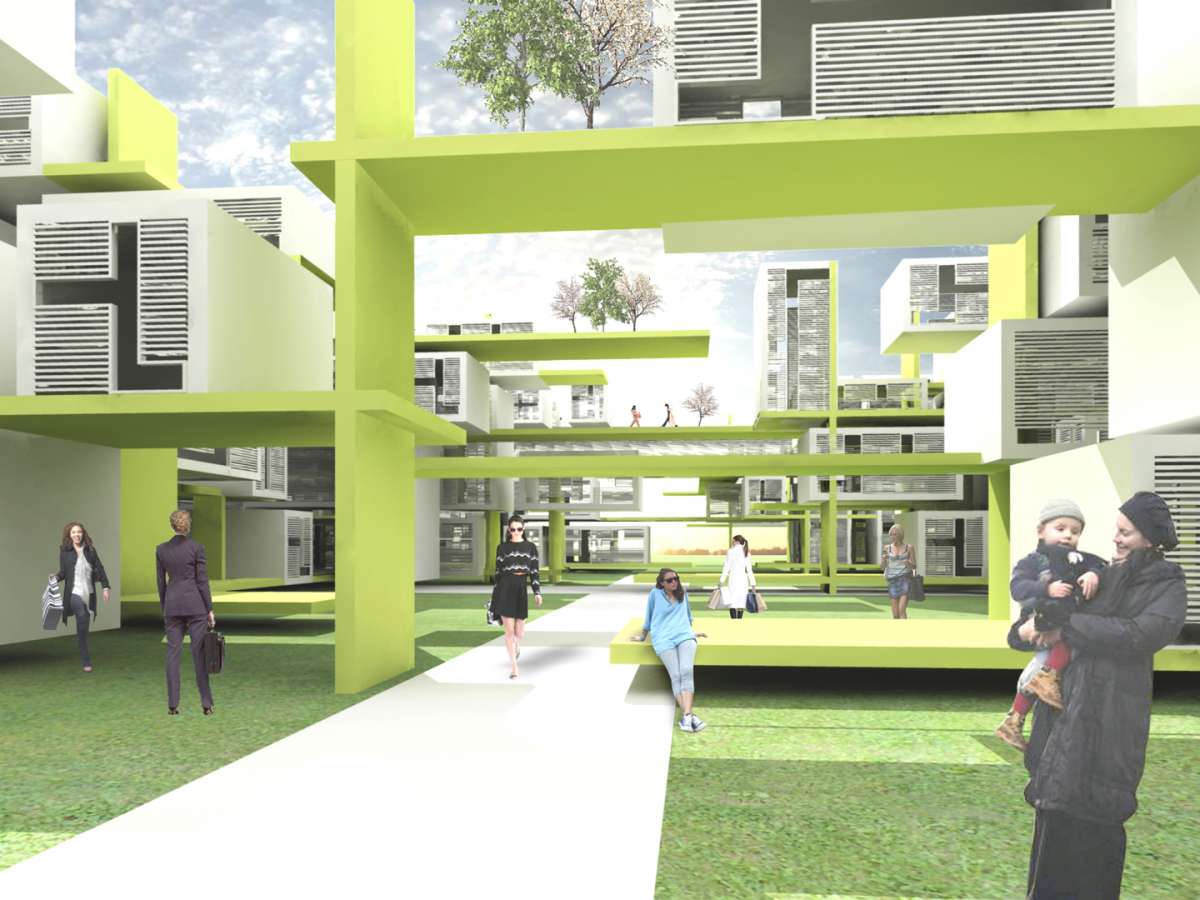 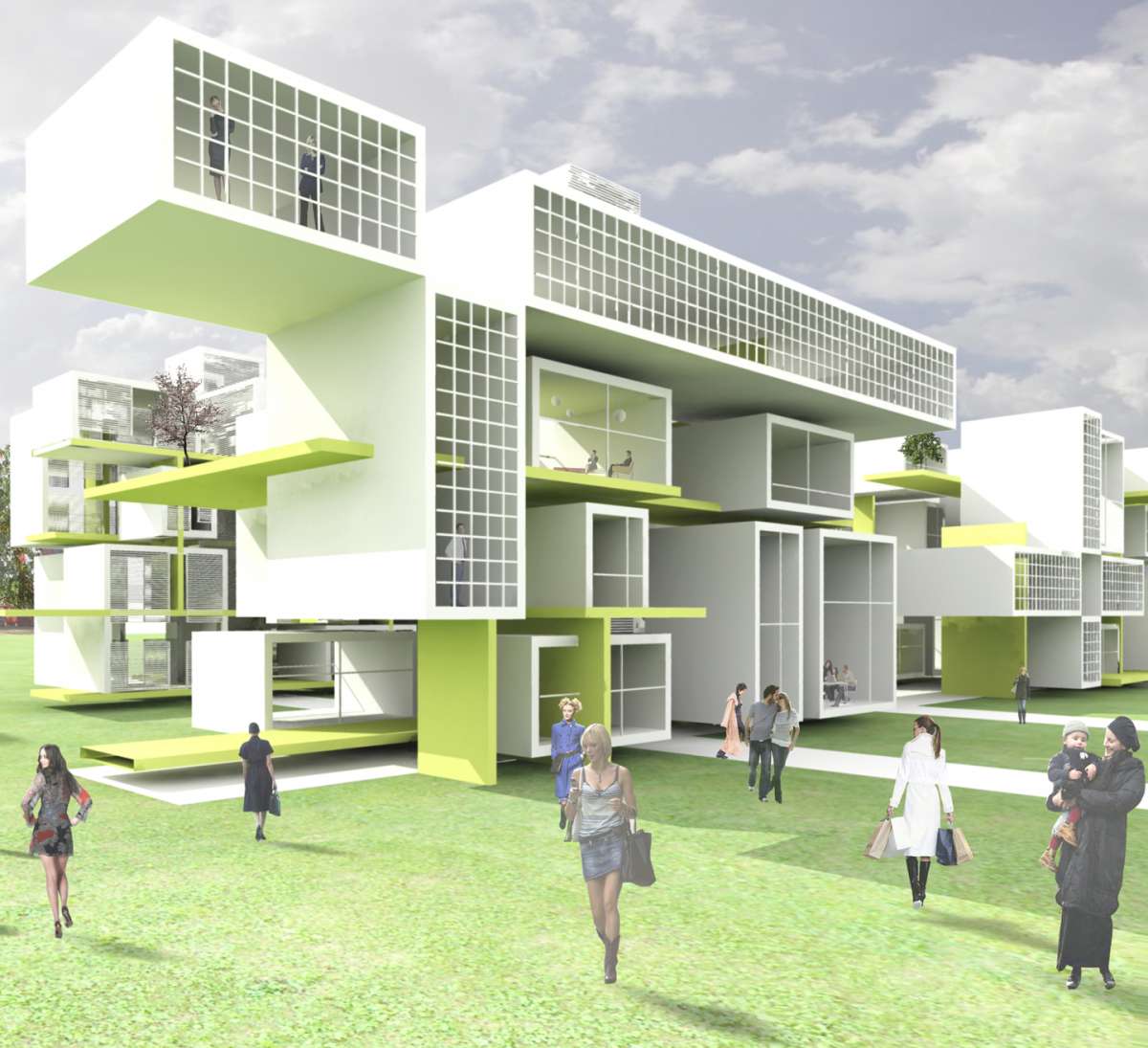 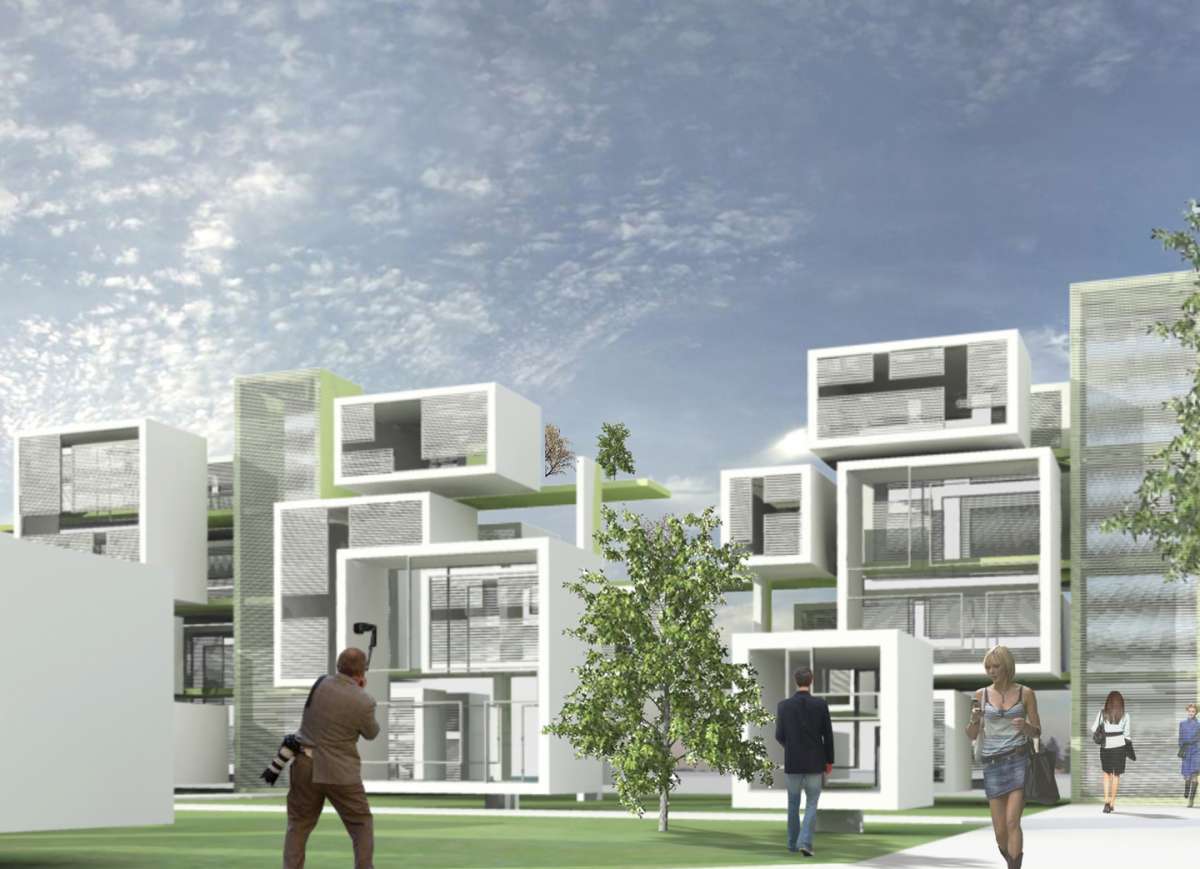 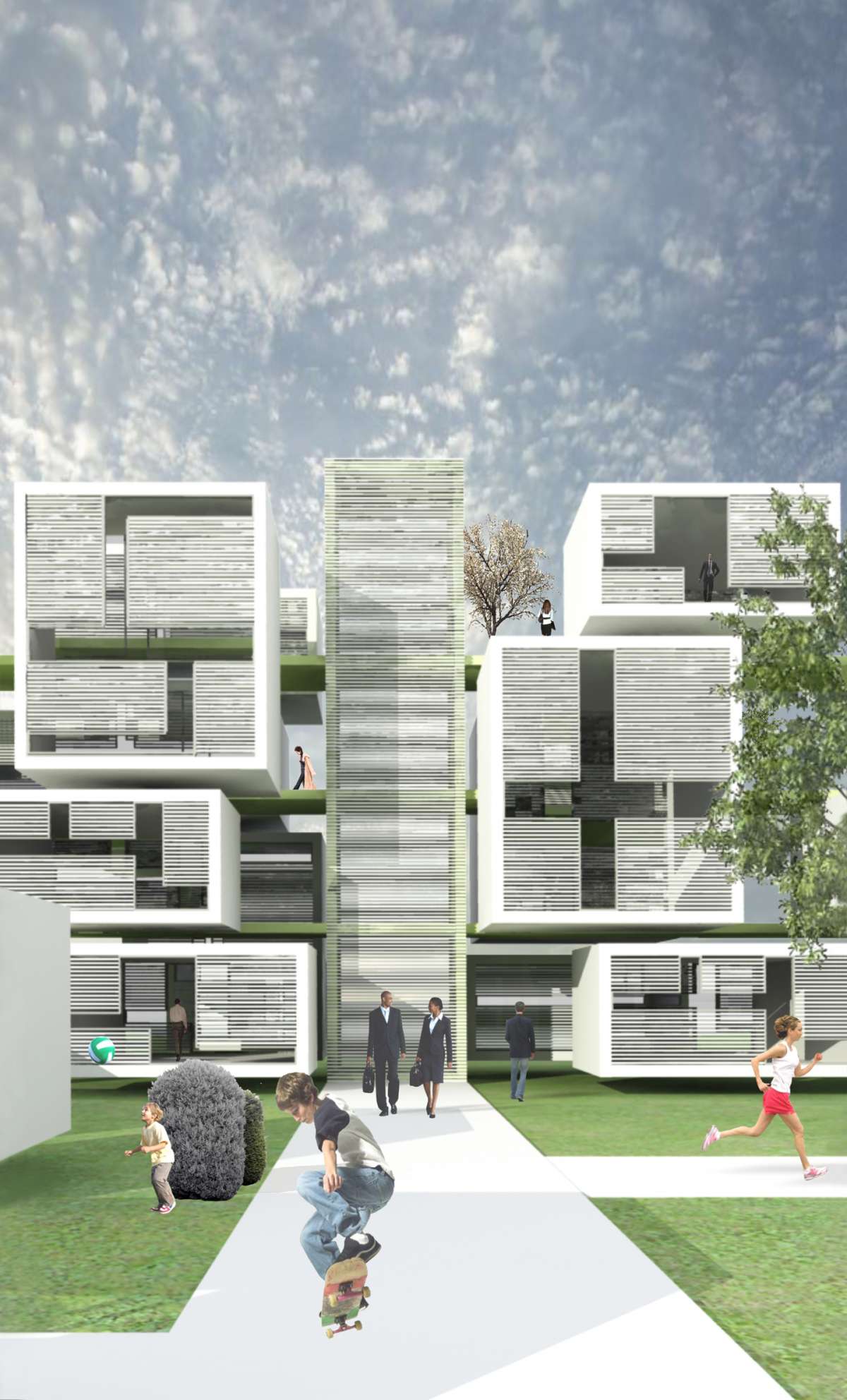 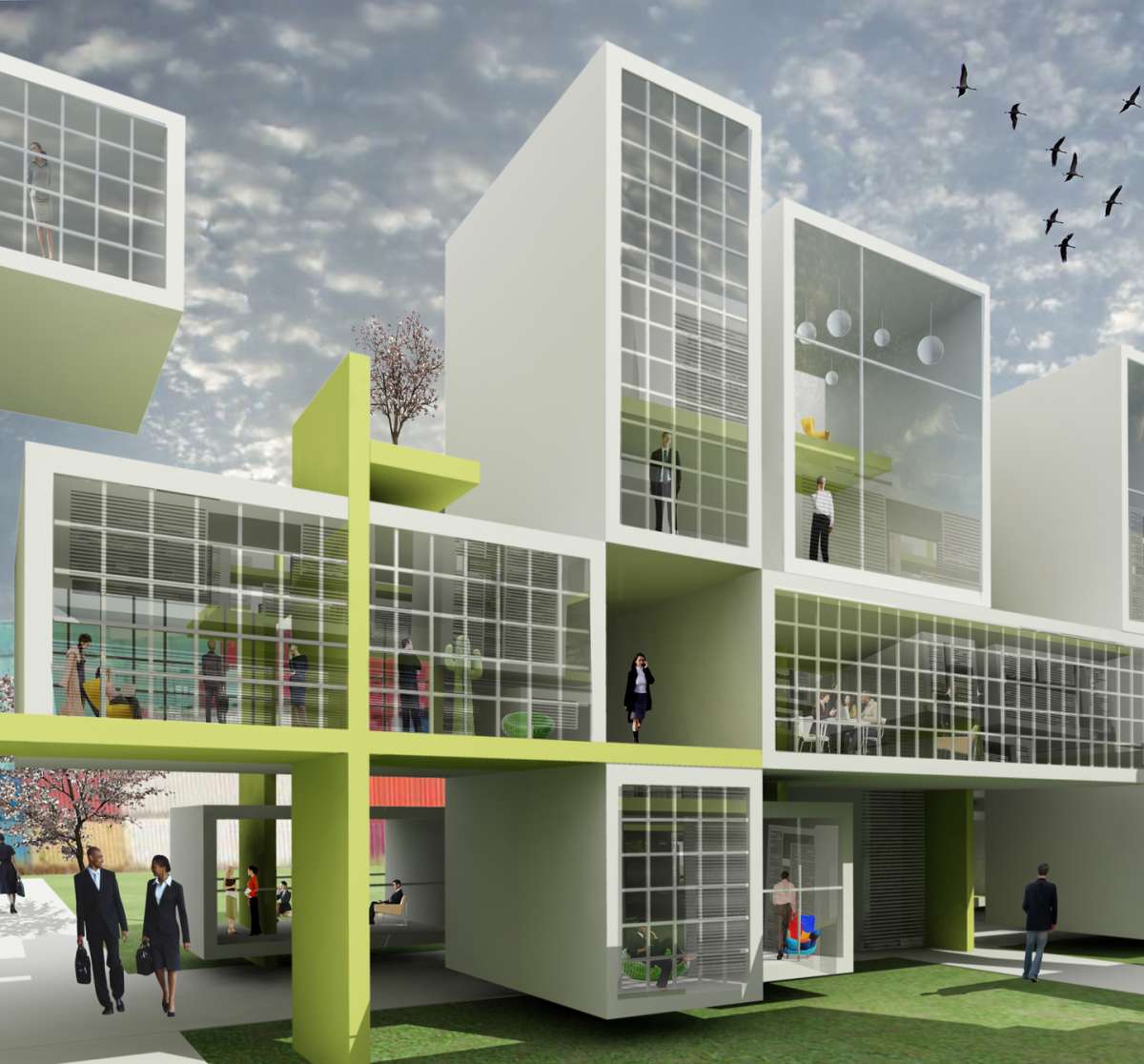 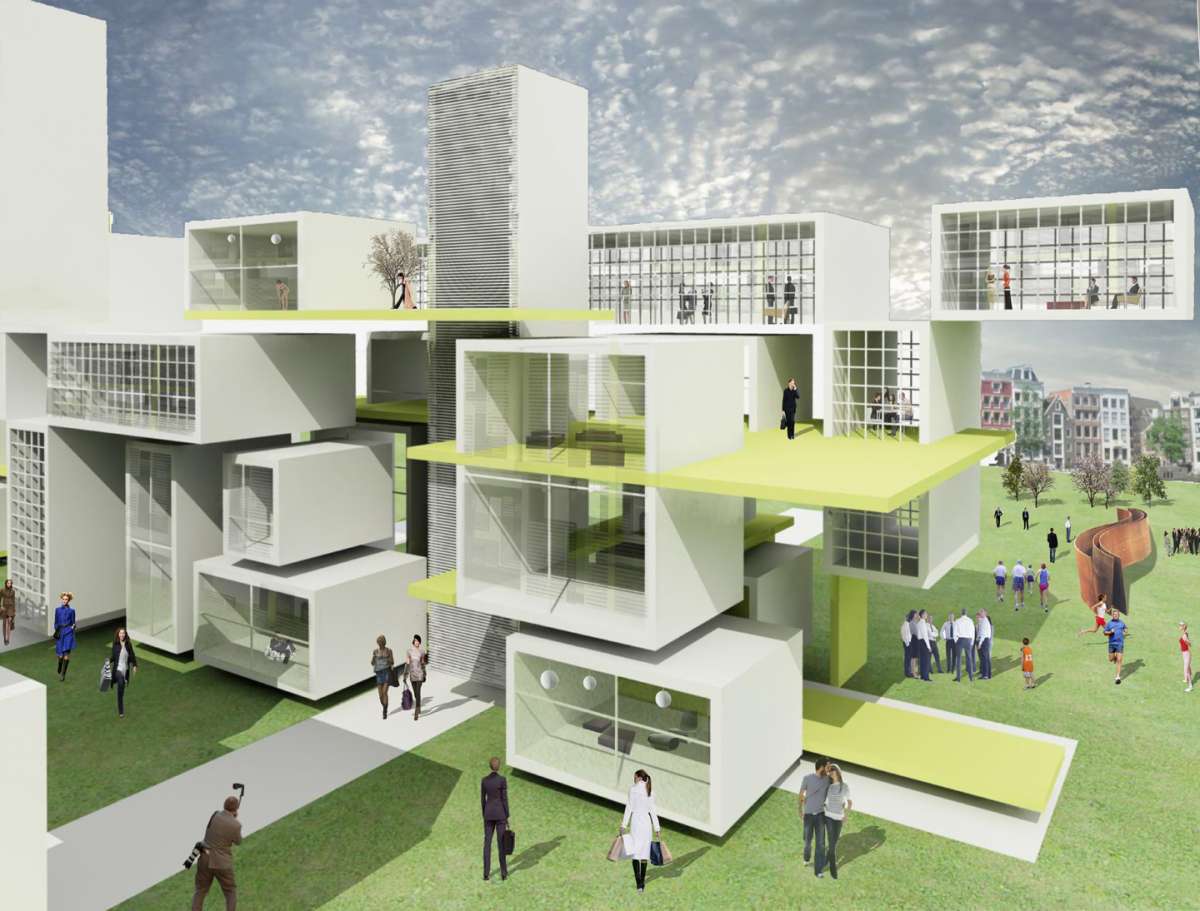 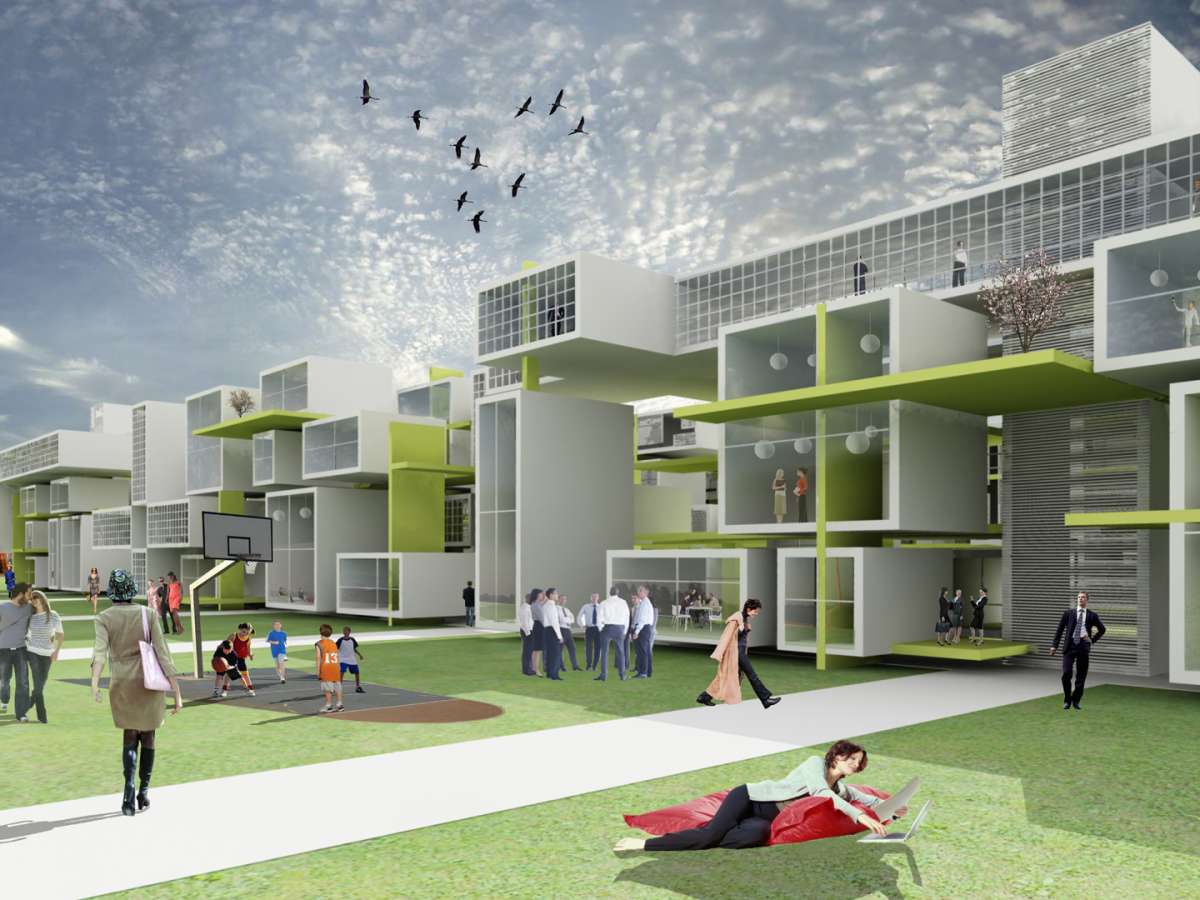 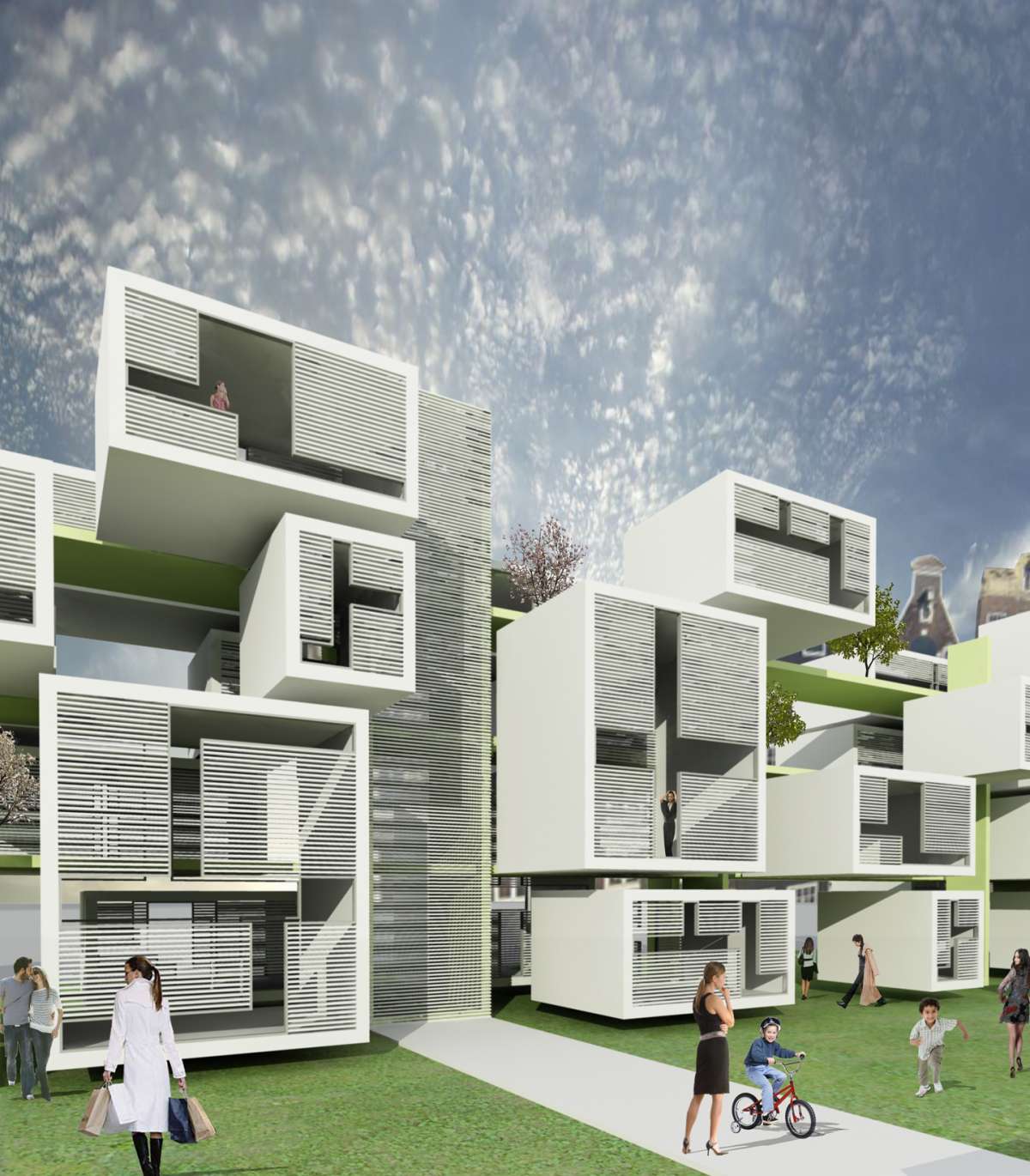 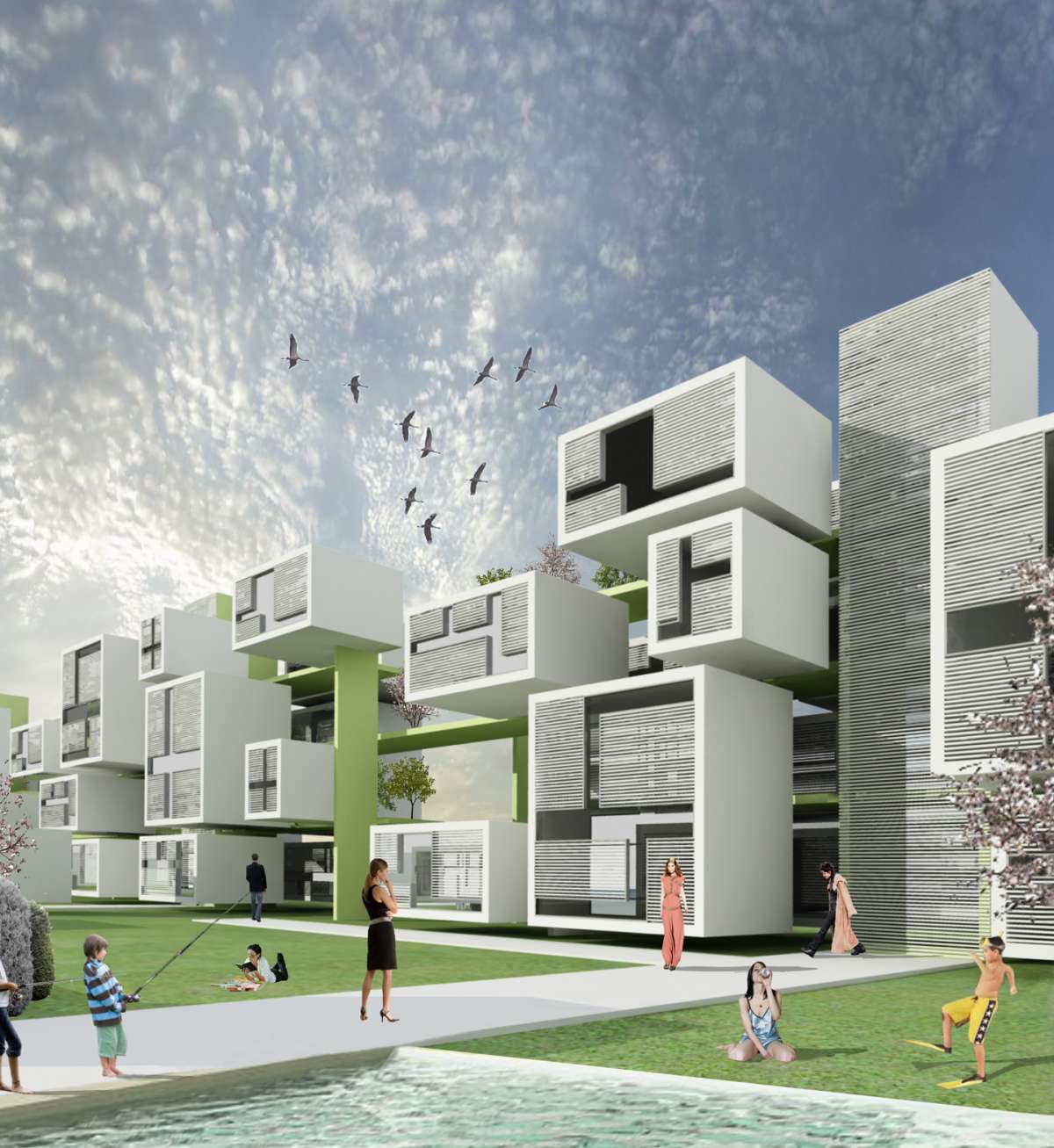 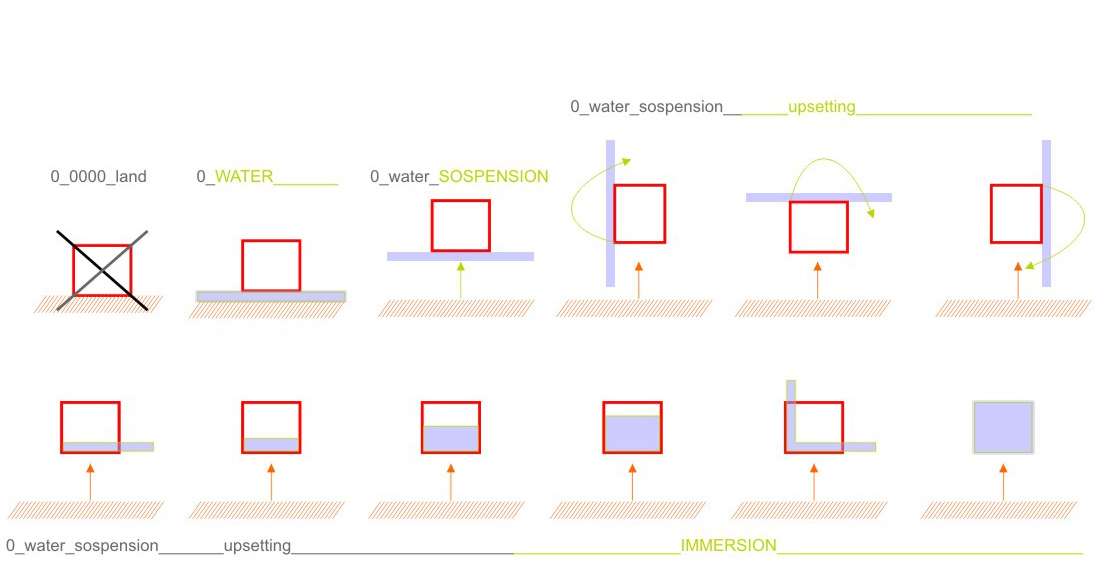 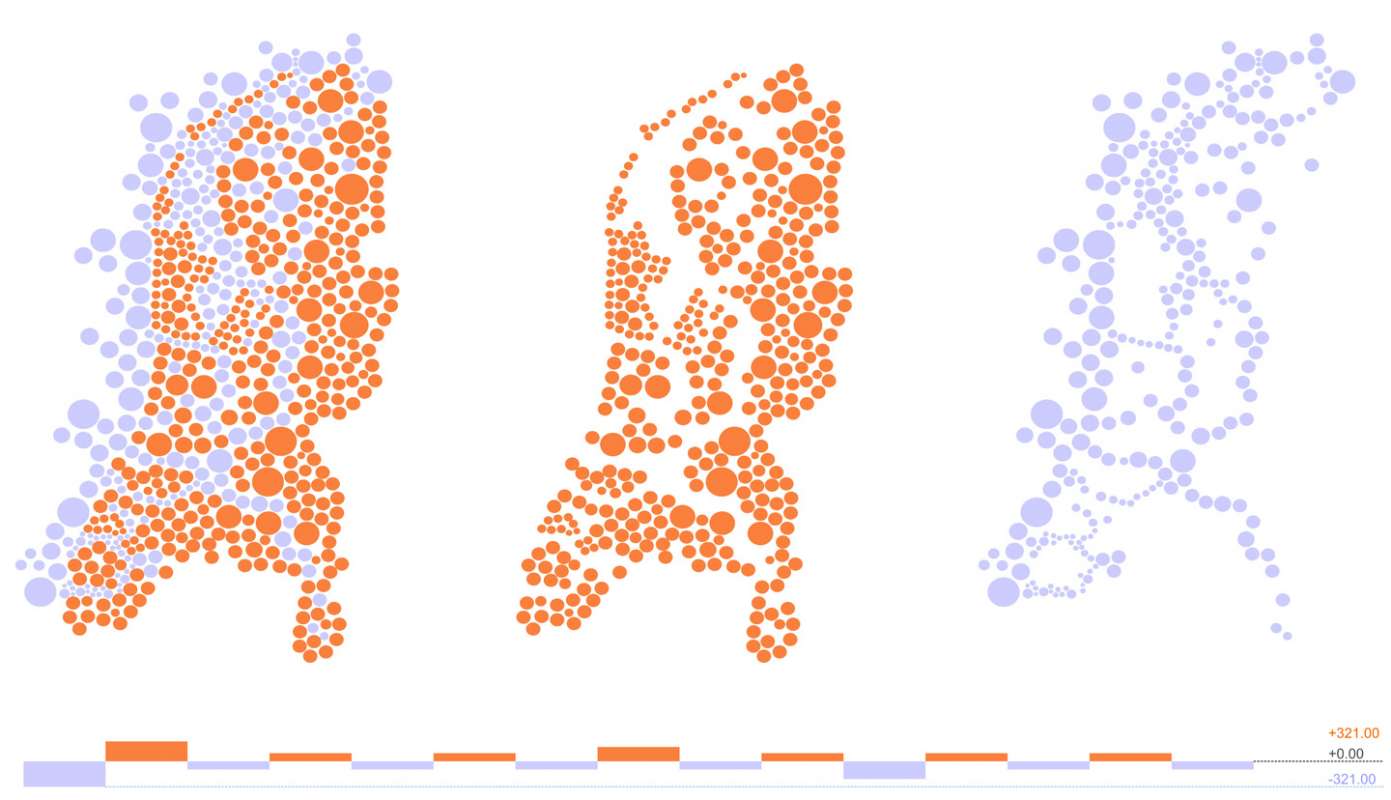 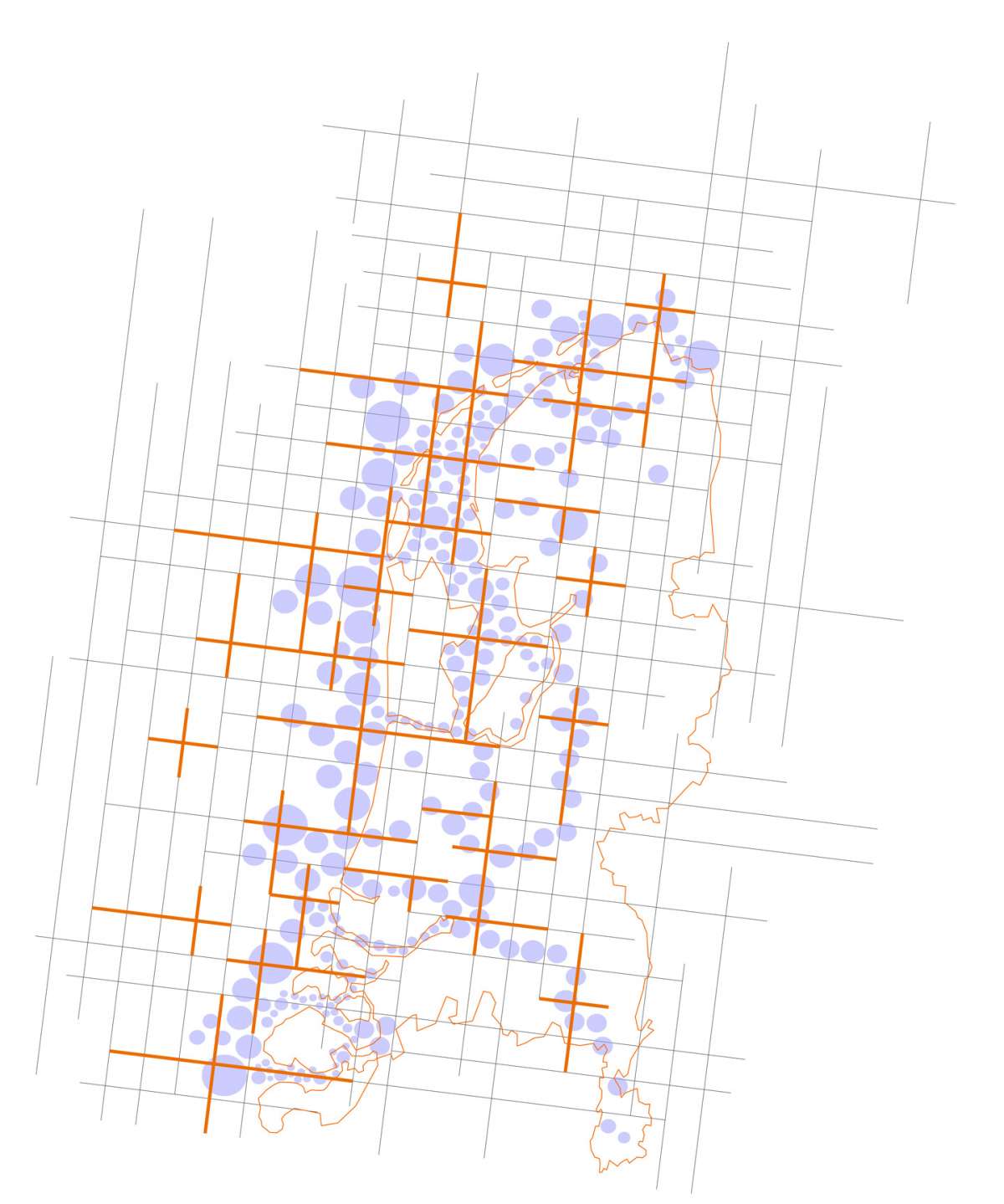 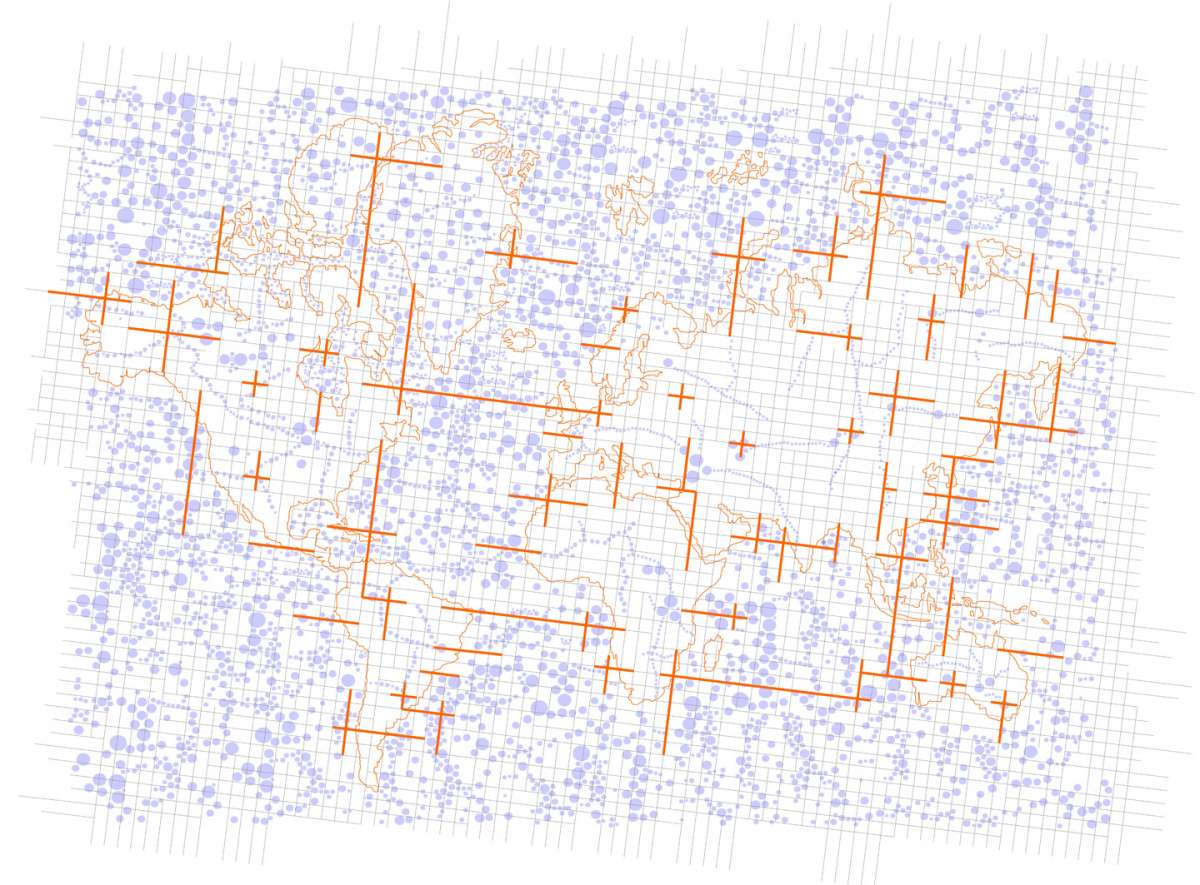 The Dutch landscape can be described as having a close, breathless and endless relationship between water and land. Lands, lagoons and coastal swamps withdrawn from the sea and from water lines have been transformed into polders to give hospitality and protect natural and artificial life.
Piers and docks – as panhandles – have played the opposite role in an even more difficult challenge: occupying water, complying with it to favour a total coexistence with human race.
In a flat country where almost half of land is beneath the sea level, buildings and land control become a reality starting from a very ancient struggle against the sea and water. Context revaluation, new concepts on production and living technologies, new ideas on the social role of architecture and, more generally, a new perception of the project’s objectives in front of a changing environment become essential elements while thinking of new future developments.
These developments are theoretical approaches where architecture is introduced in a wider range of issues, giving it a more global and comprehensive role into contemporary civilization, while evaluating, anticipating and directing the future.
Our idea in this project consists in creating new relationships between human beings, nature and architecture, eliminating and destroying all physical limits, by establishing a link between body, lifestyle and activities in order to enrich contemporary civilization.
The relationship between water and land has inspired us to elaborate, plan and organize an architecture that can open new perspectives between men and the environment that surrounds him. This is the only way for architecture to loose its material touch on land and reach new targets.
We have been on the docks, we have directed our studies towards the analysis and the research on relationships that men have on floating houses.
We have detected and edited fighting data that swing between freedom and prohibition, independence and subordination, isolation and coexistence. Floating on the water can be all this: conflicts, contrasts and antagonism.
Then, we have taken a dock that from water extends into the land taking with it all the nature and then is reversed and fills the air with its rotating movement.
Vertical piers host living cells that appear to be suspended and floating on the water surface as floats and give life to a new waterfront. A freedom movement becomes true, landscape is thicker and the environment becomes a total, global and absolute reality.
A new context with fresh images draws a flexible and important contemporary scene built on the roots of modern tradition. A modernity always ready to create metamorphosis and changes in the environment to stimulate and explain ourselves to ourselves, or ourselves to the others.