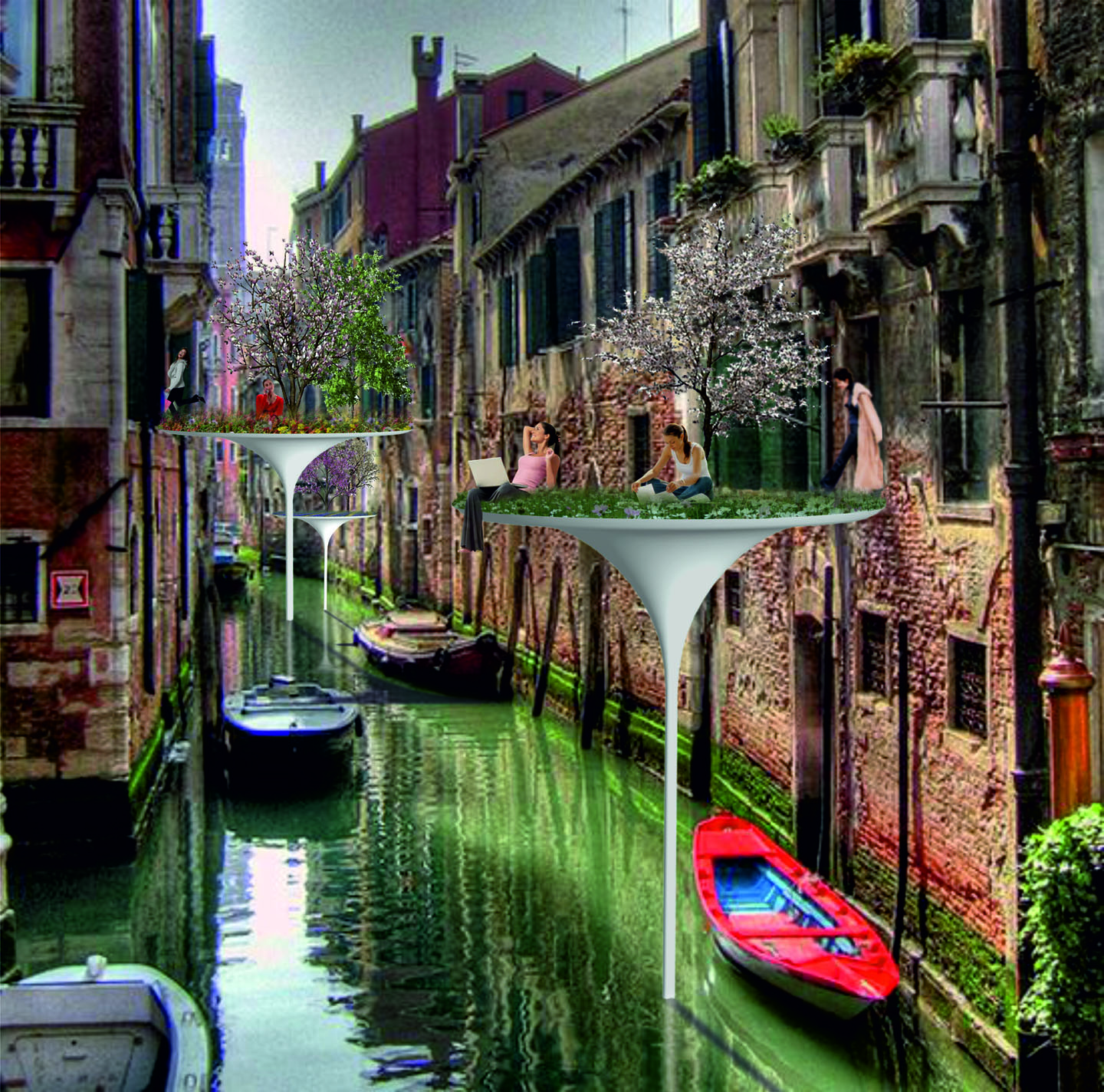 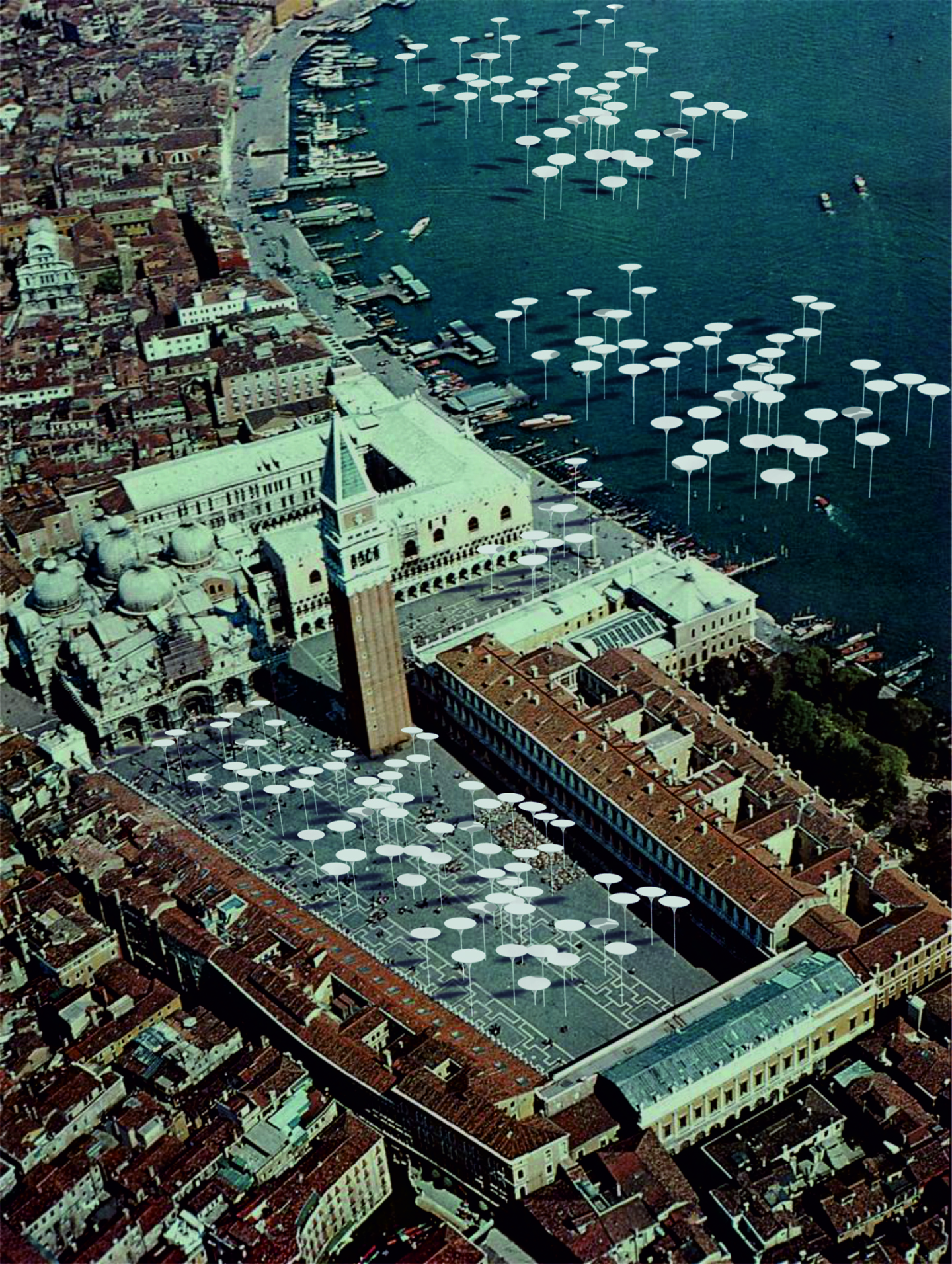 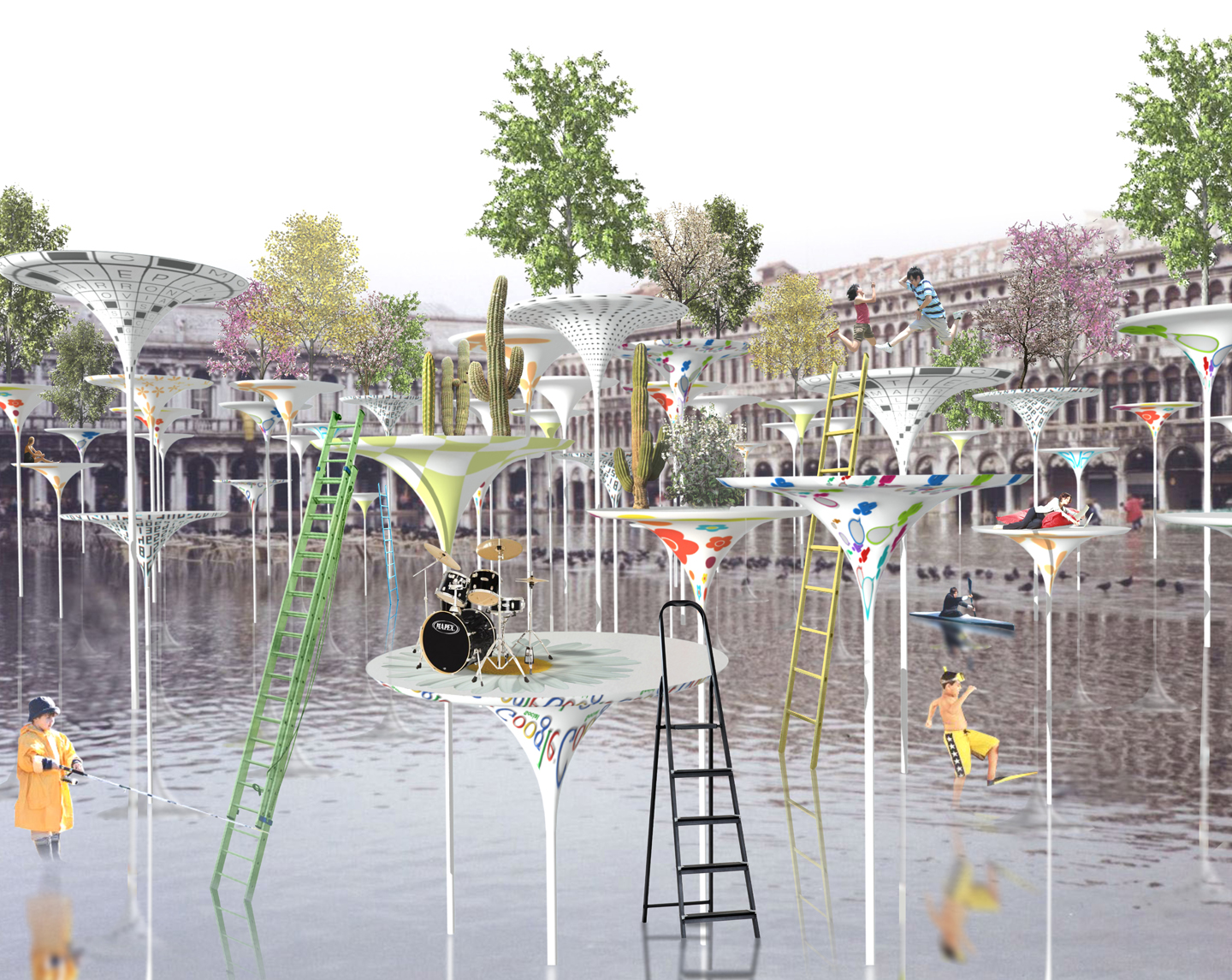 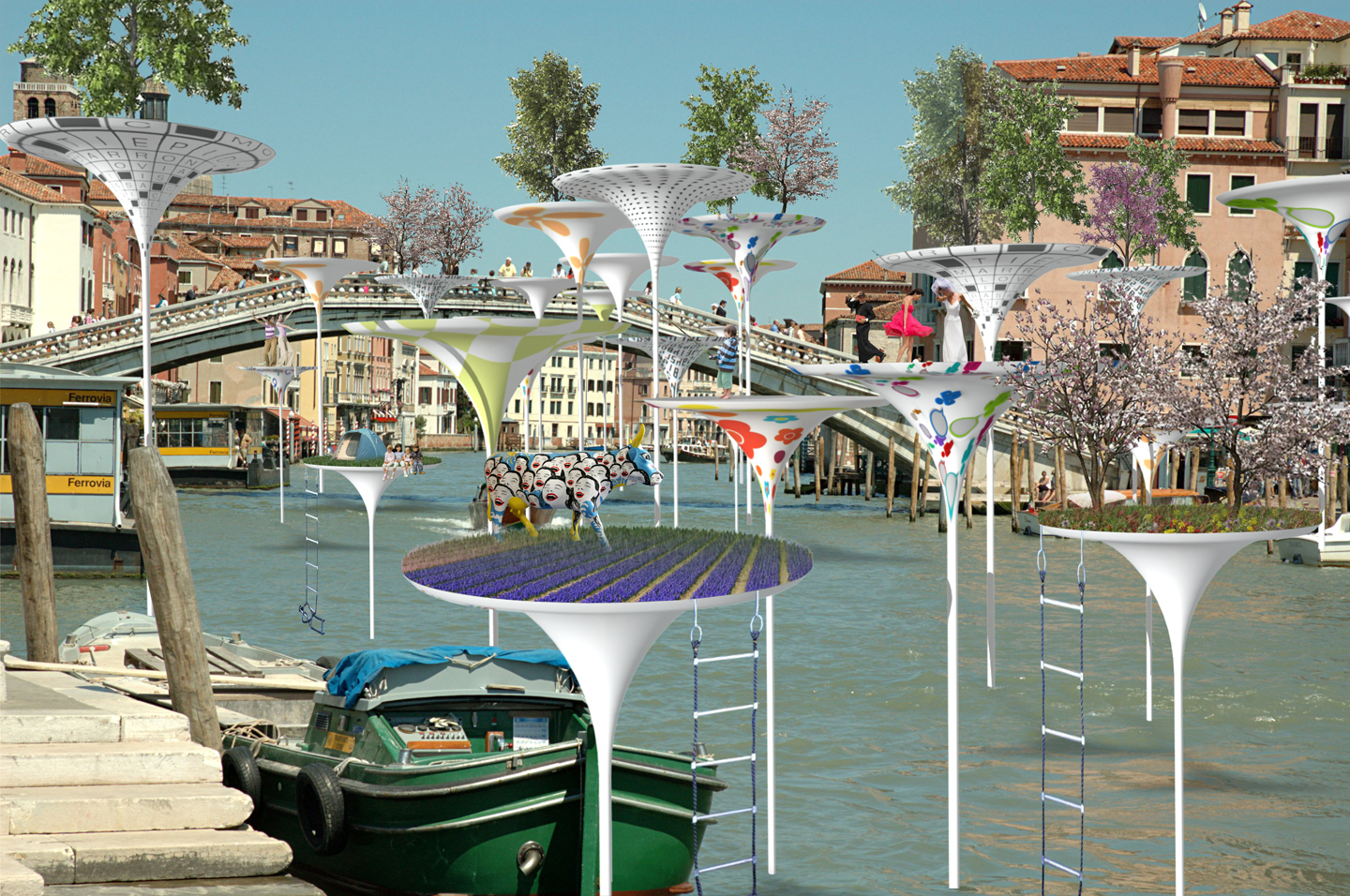 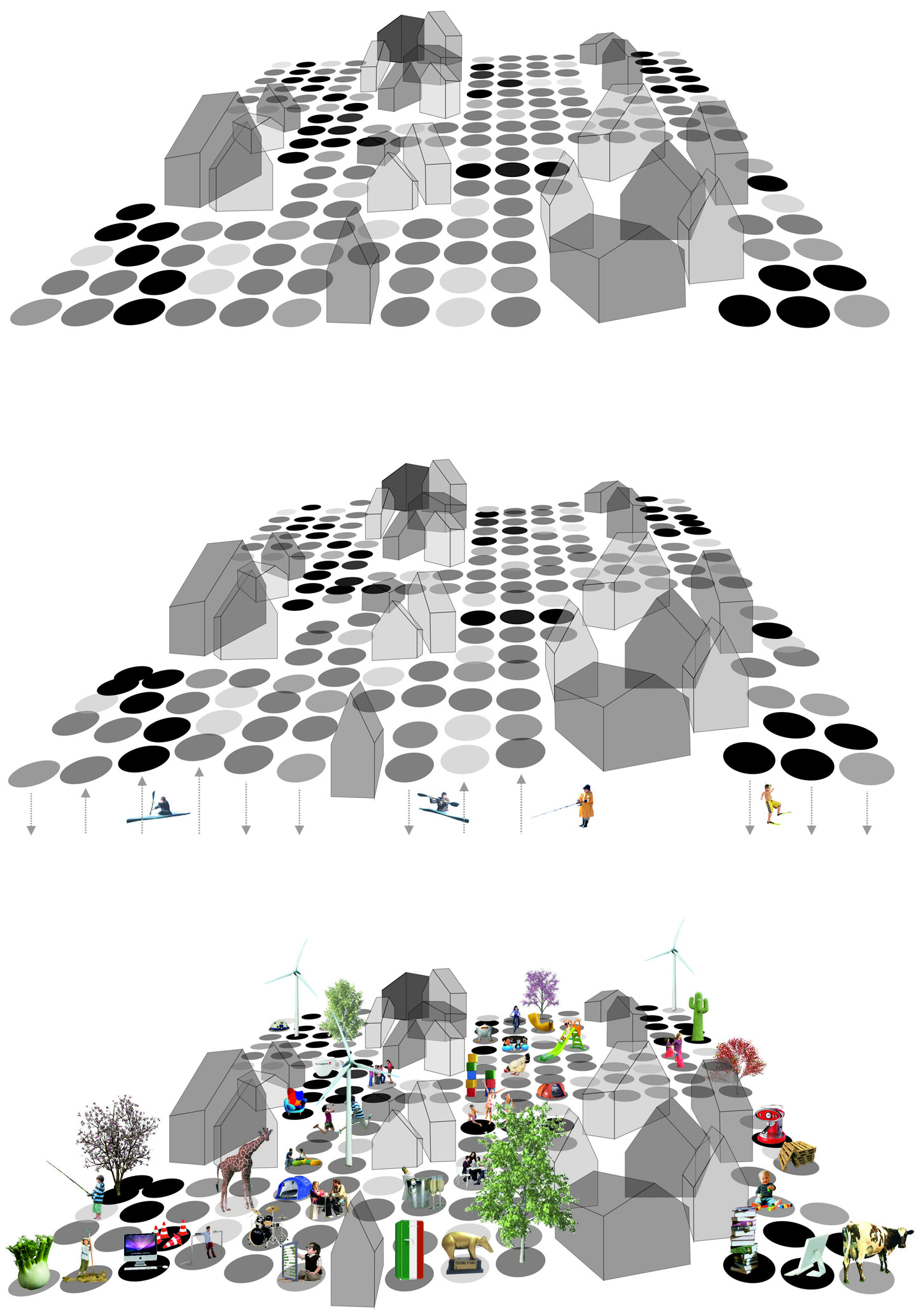 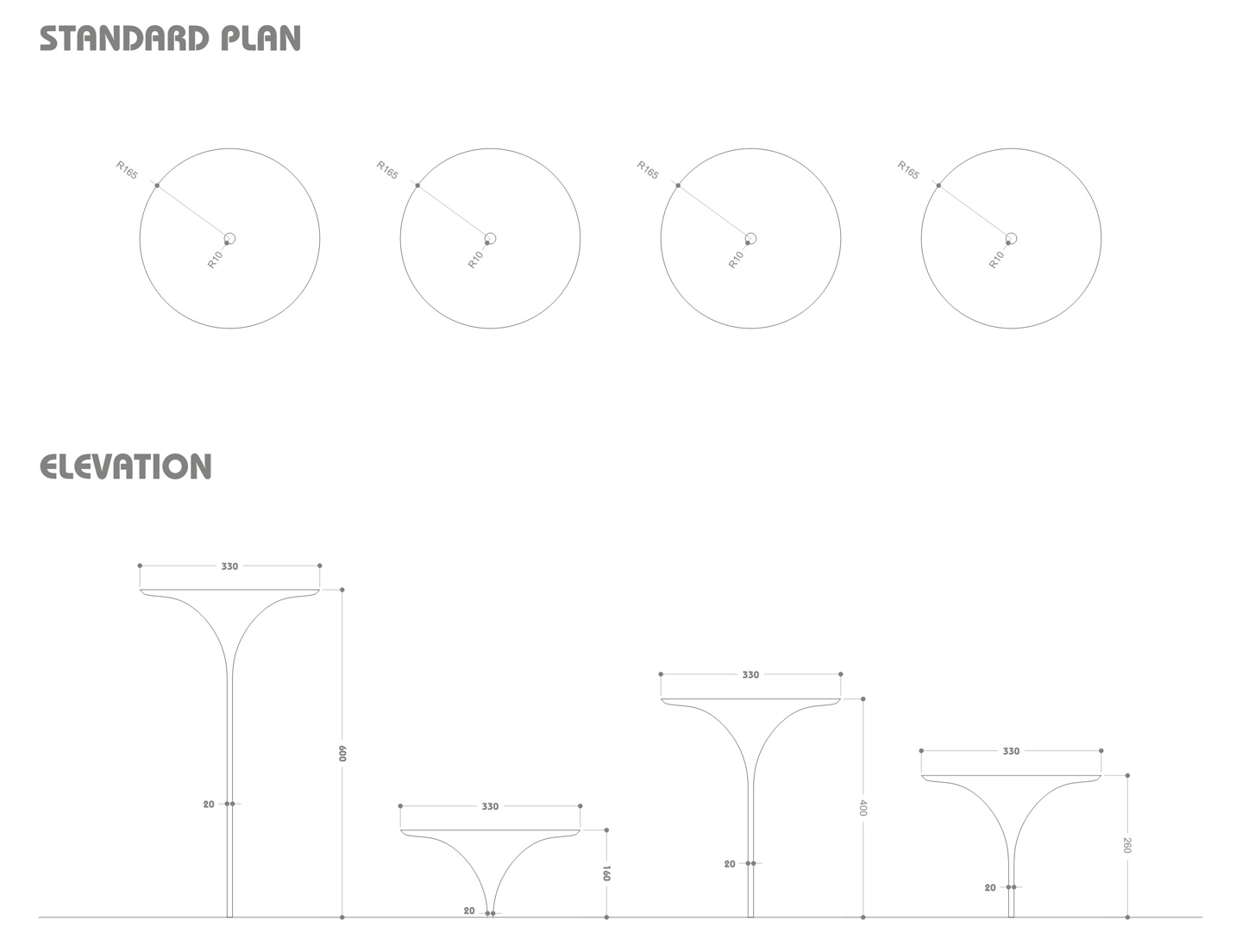 What can architecture provide to a city like Venice, always fleeing from itself, in perpetual crisis of identity and with no unitary model of reference????????? The project investigates the dimension of the everyday and the real space, setting a micro sociological analysis aiming at finding balances. The aim is not to fill the space with the immobility of buildings, but to introduce new genetic codes enabling an endless evolution in the city. A city no longer made of boxes and cathedrals, but of experiences and information. A city made up of perceptions, sounds, emotions and colors. It is no longer made to be observed but experienced. It is made up of mental logics, psychological, inner, and abstract spaces. We propose a mold and efficient architecture capable to dialogue with the territory. It is made of warm, flexible, reversible, and incomplete sub-sized housings. It is defined by the quality of services. An enzymatic architecture is committed to imagine an extension of the habitat beyond the customary perimeter of the building. Architecture builds itself, transforms space and territory by introducing the time concept as part of its life cycle. A crossed architecture ensures the penetration of space. It is about a democratic architecture with fuzzy boundaries and dull functions. An ever-changing architecture with disappeared relations as those related to inside-out and public-private. This architecture has no fixed perimeters, but is a place of emancipation, coexistence and community. Architecture seizes public issues, becomes a place of meetings and discussions between the individual and the common good. It defends the public sphere and its power to increase that freedom in this consumer society guided by seduction.  In the desert of a grey city rises a new area: liquid and interstitial which self-organizes its-self through a very complex housing dimension, as long as material and immaterial terms are concerned. It represents a sort of metaphor for the current stage of the modern era. It is a soft, sensitive and mutant area that constantly revises its social and territorial structures. It is a molecular area, like an interface of signs and information that free old deposits. A productive area, like a social factory made of bodies and flows. It is a vibrant, diverse and invigorating area able to adapt to the several change of usage. It is an area of colors, sounds and tactile sensations that enter the body in all dimensions of the space.