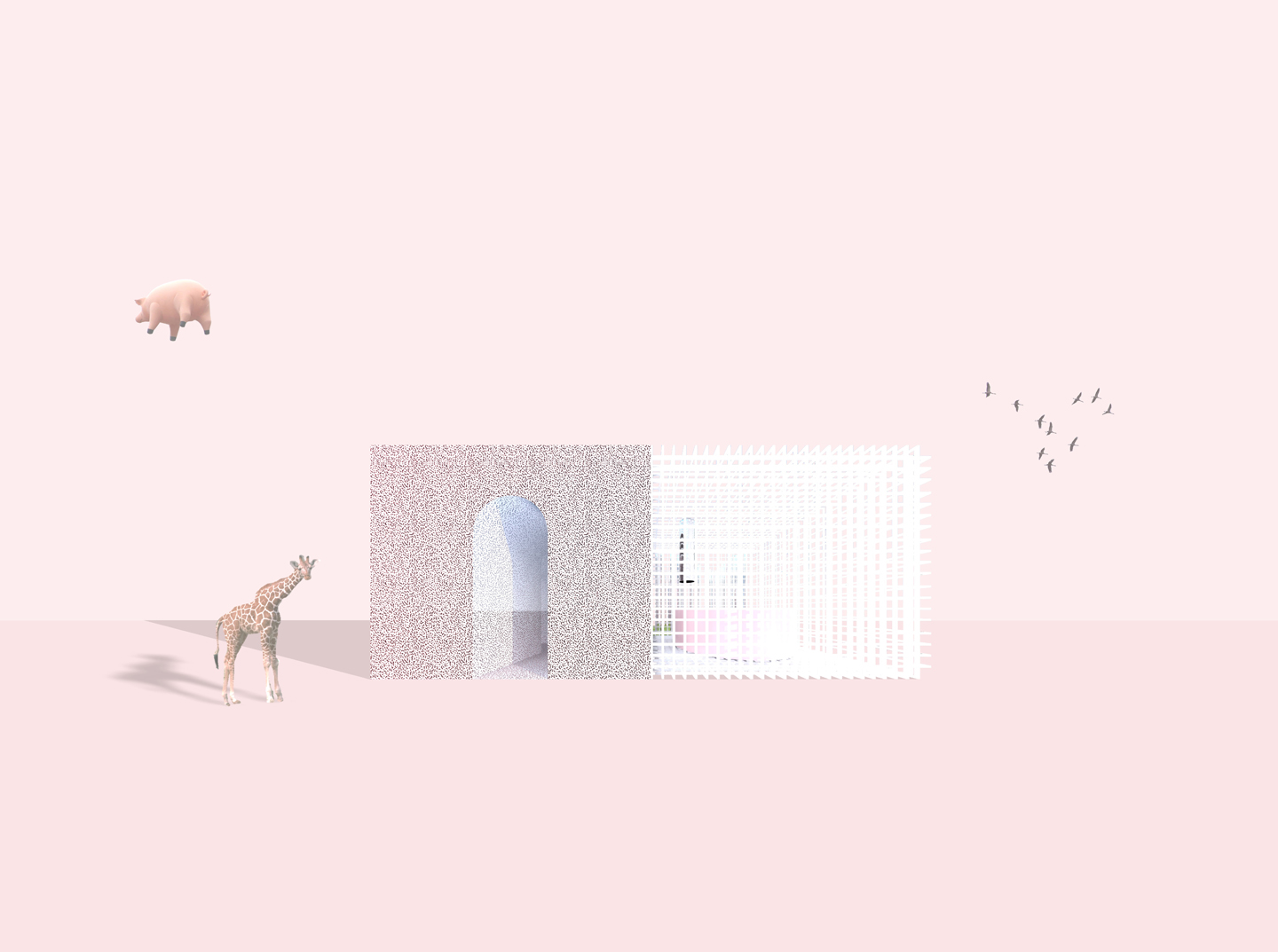 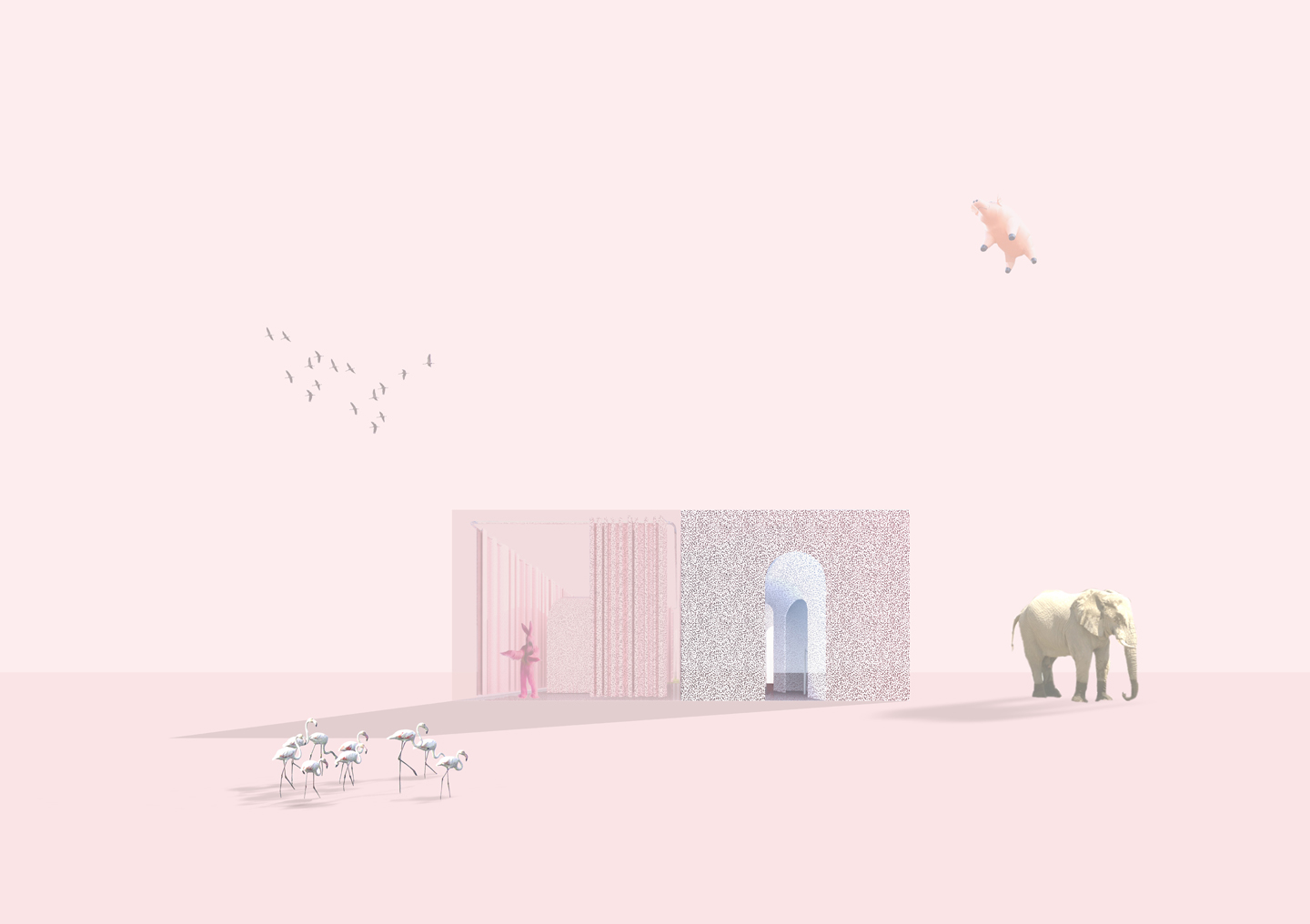 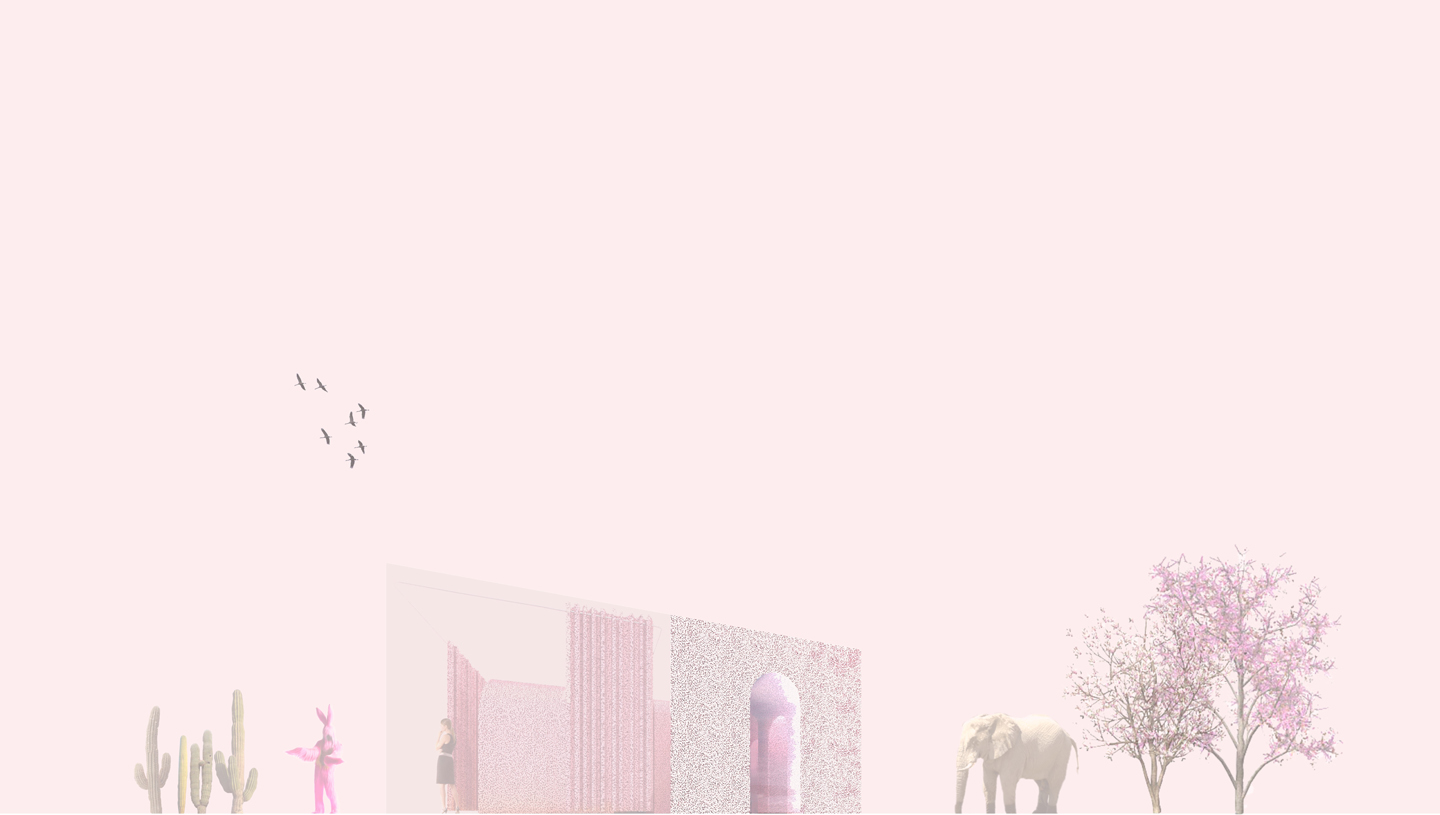 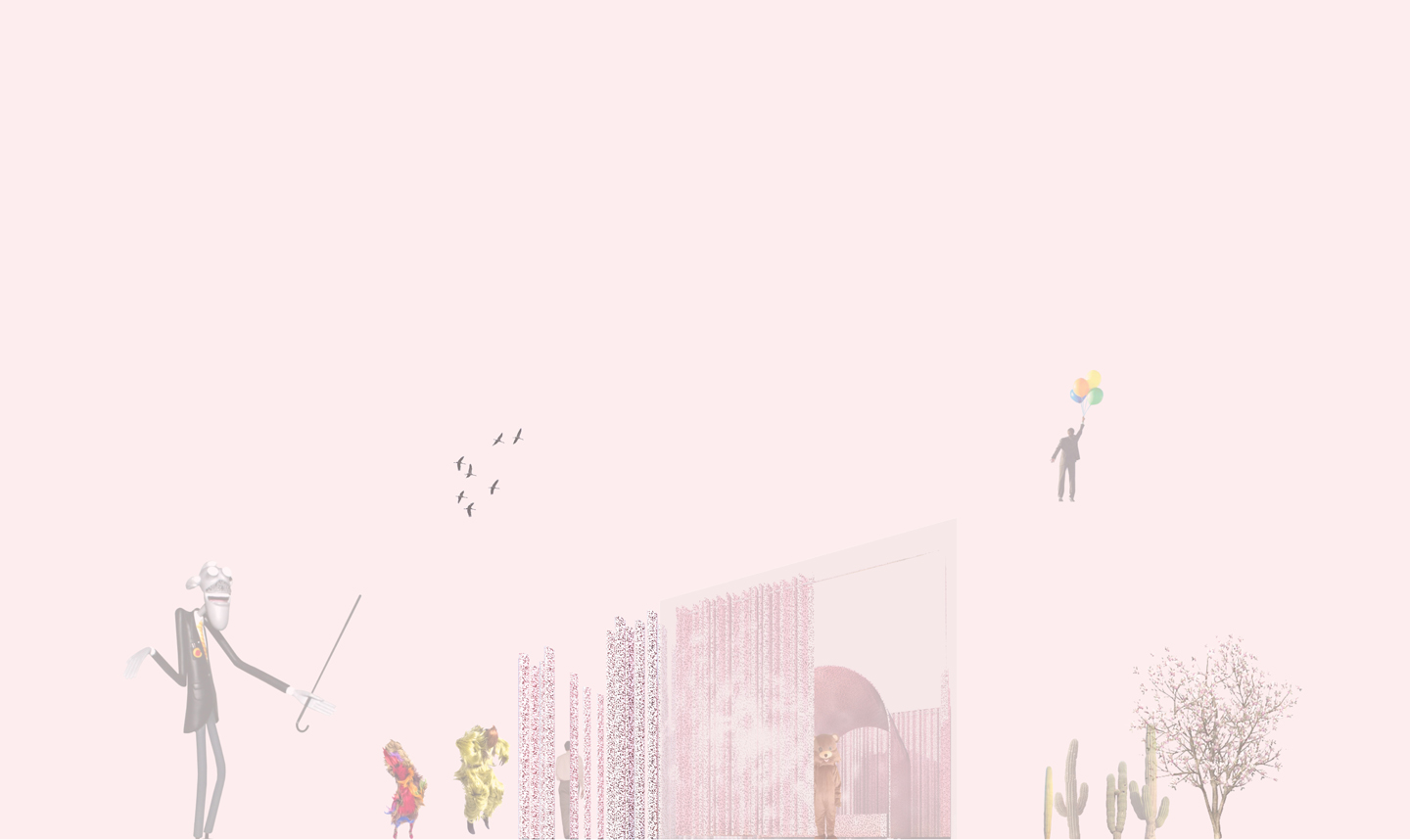 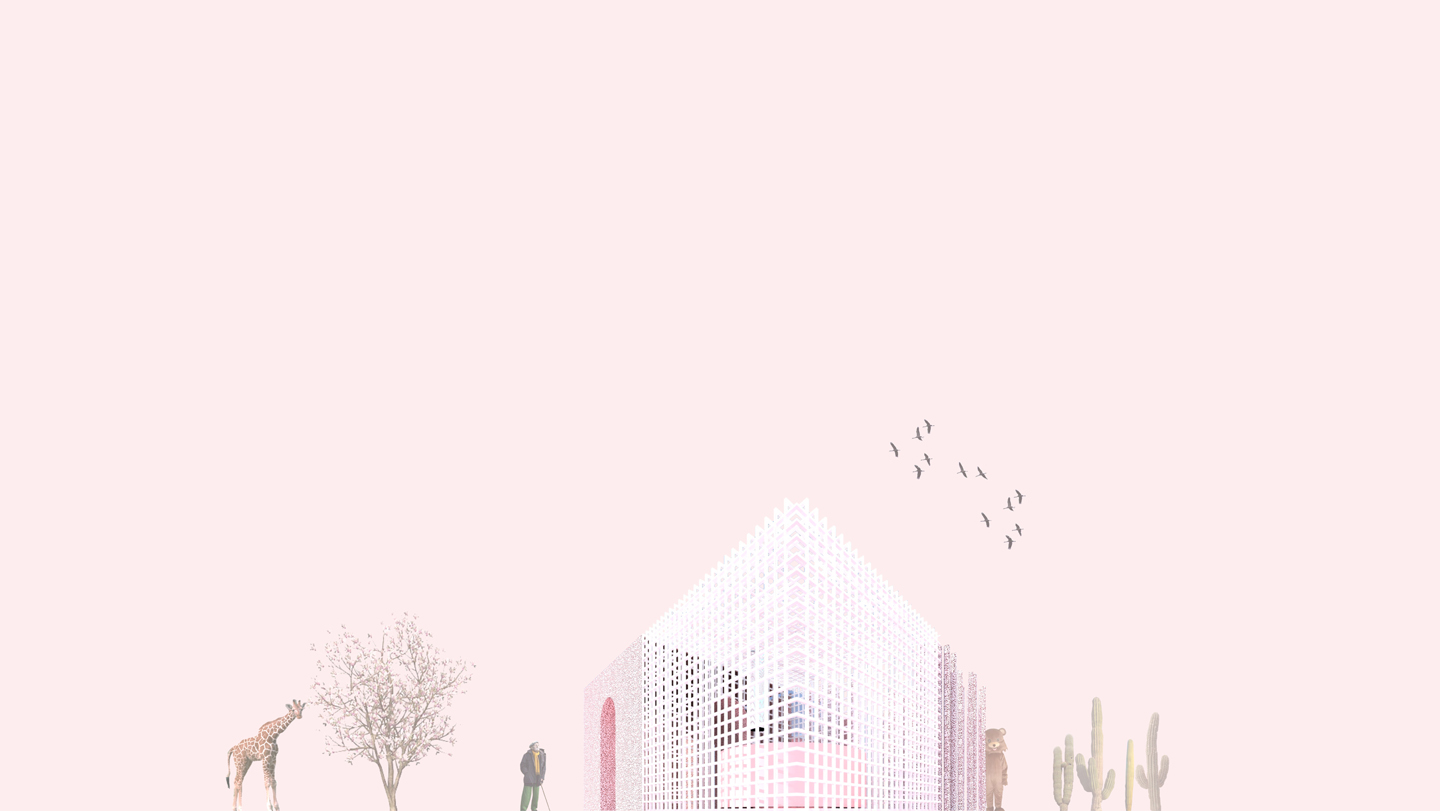 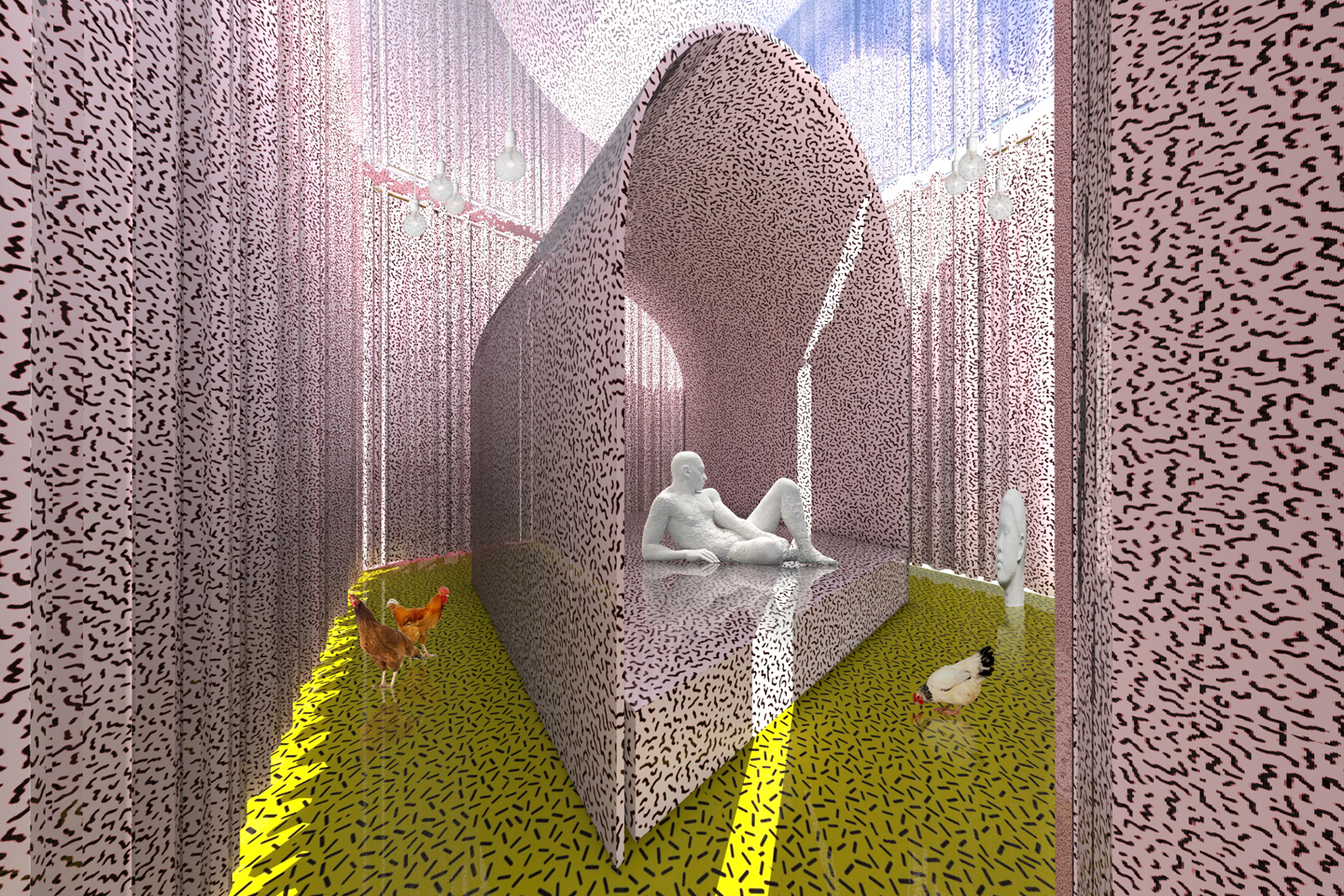 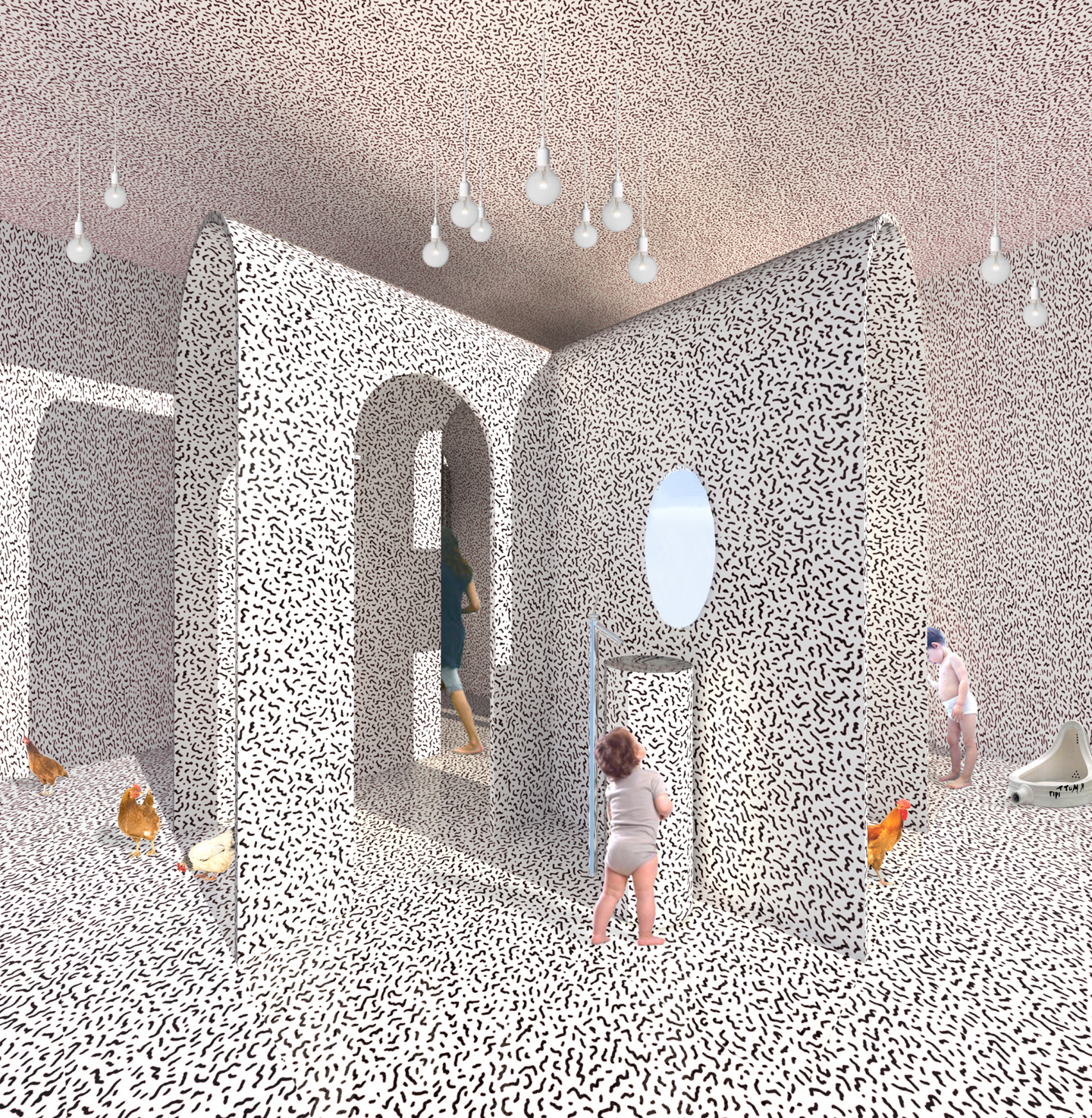 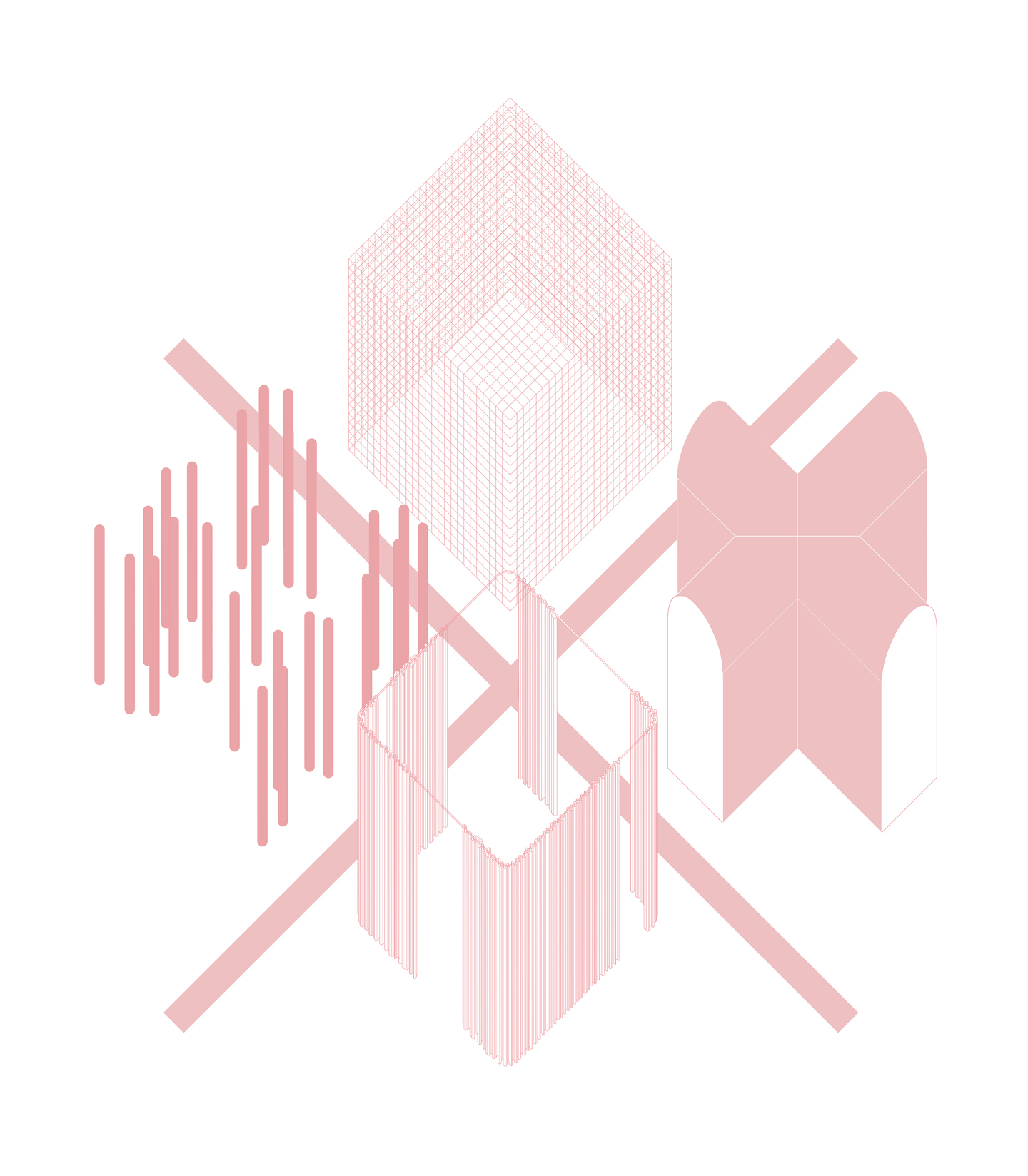 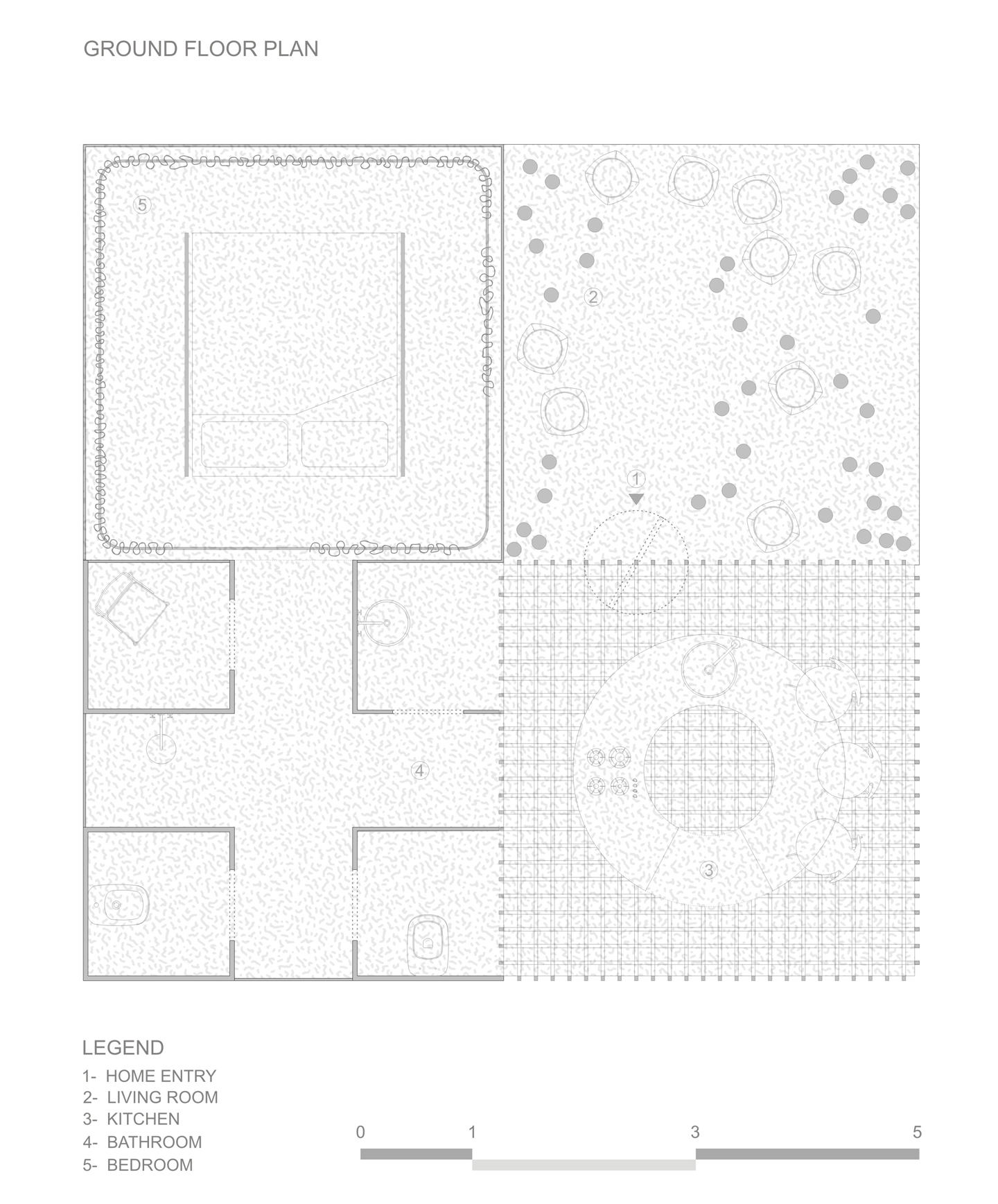 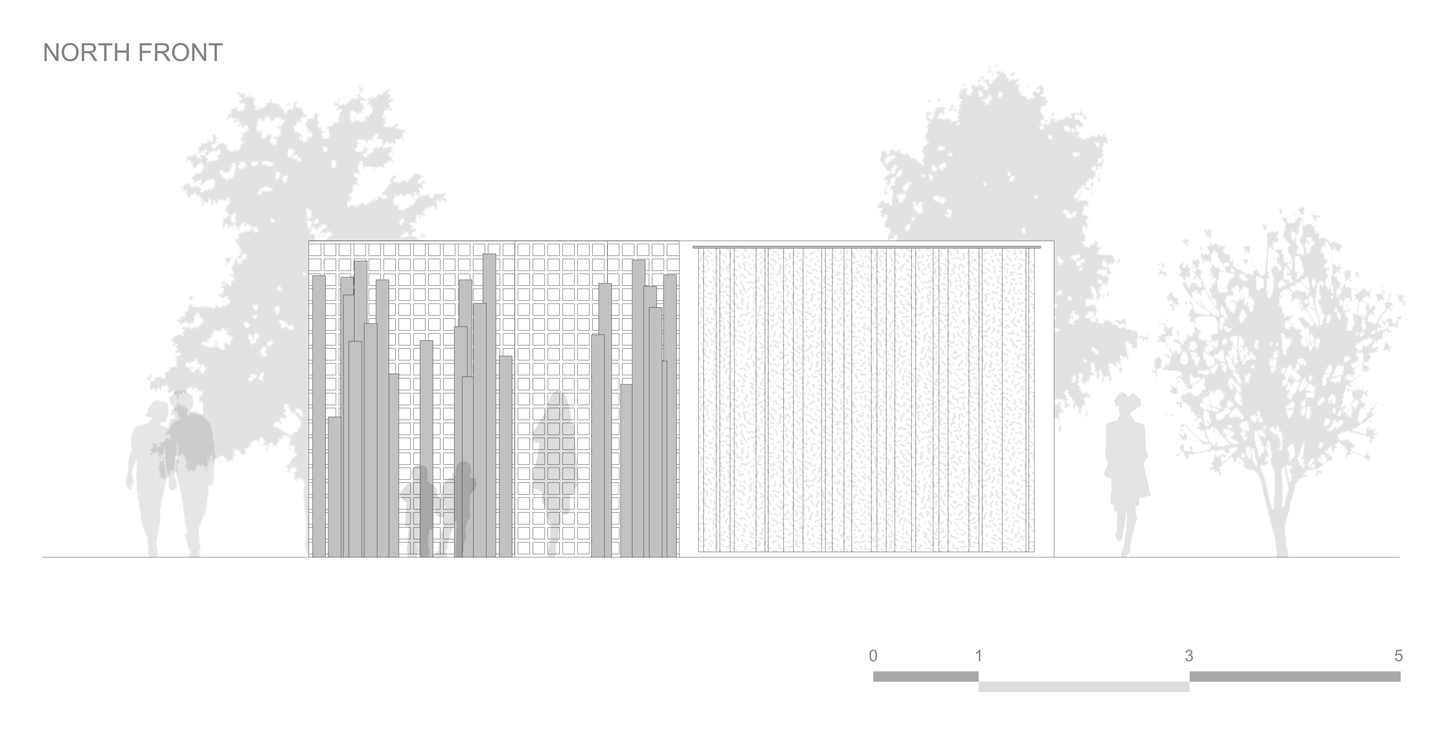 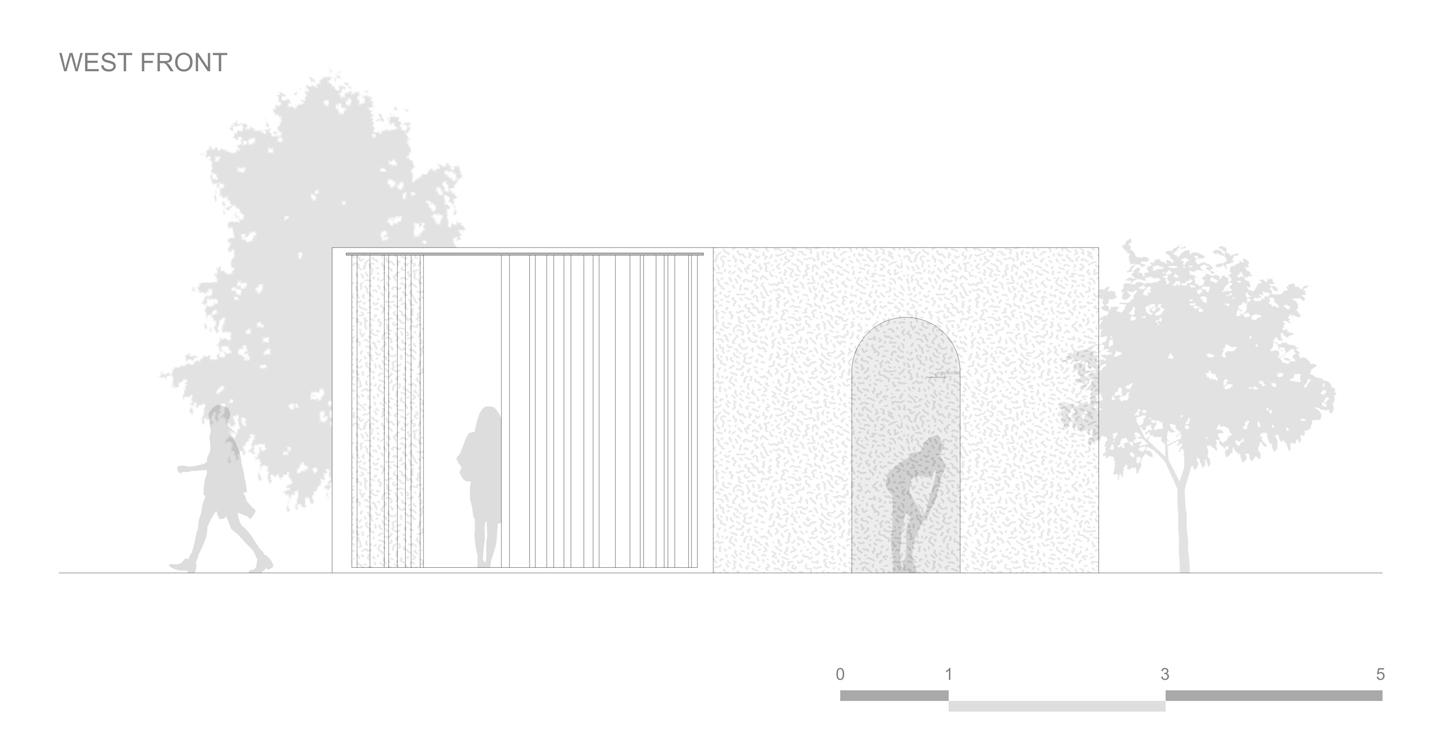 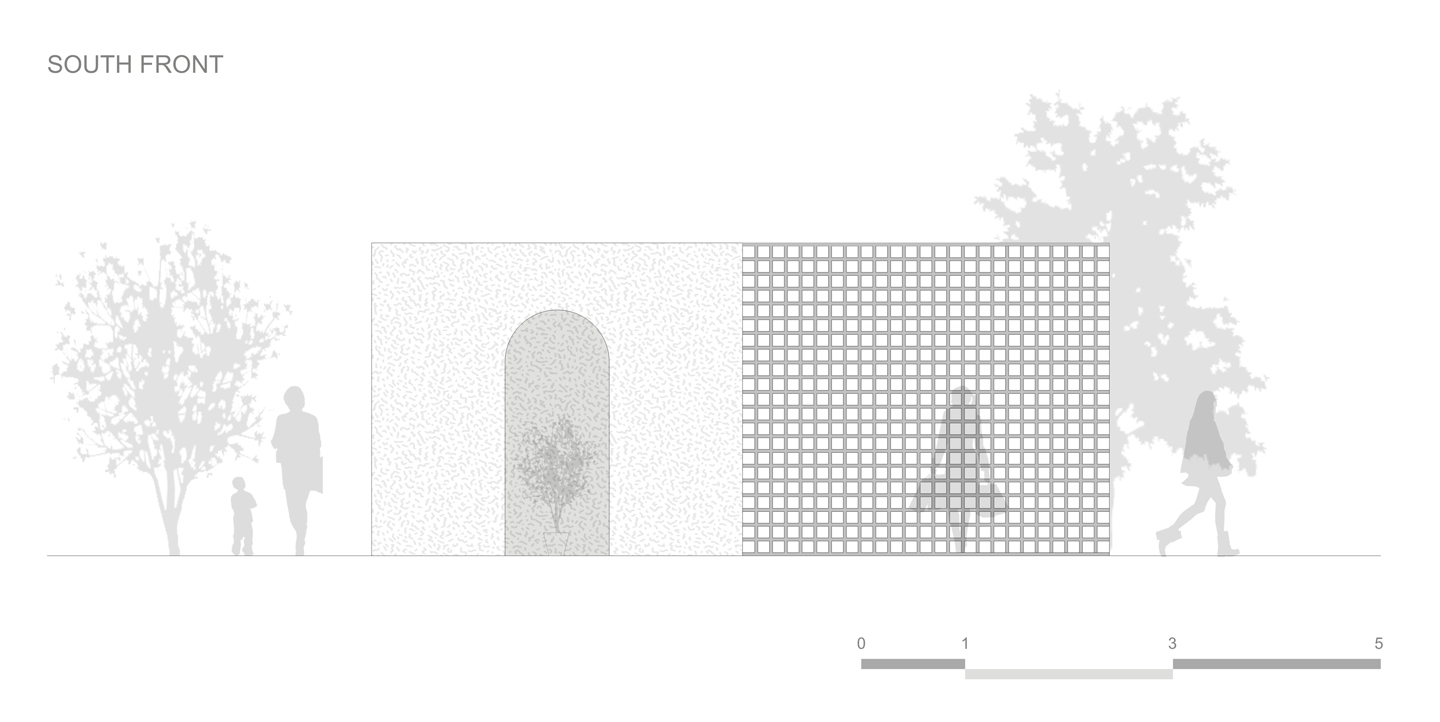 Four tracks, four proofs, four signs, four gestures, four pictures, four images, four faces, four places, four spaces, four symbols.
Four archetypes: a Tendarium, a Porticus, a Columnatus, a Reticulum.
Four elements, that belong to the architectural language since ever, become the cornerstone of this research.
Therefore: a tent, a column, a porch and a grill. Four untied fragments get together to form, in a continuous language, the space of this living.
A living divided in parts, four environments, four fences, four forms.
Four fences with weak, light, crossable borders: ready for hybridization.
A natural environment for mingling, where different levels of meanings may be simultaneously read and used, self-integrating with the relevant background.
The fragment then becomes part of a bigger ensemble.
The fragment then seems not to exist anymore.
The fragment then becomes a dust particles system, a sort of liquid that overwhelms and occupies the urban intersections.
Each fragment is an experiential micro-project, made of mind logics, psychological spaces.
Each fragment is temporary, continuously searching for a new balance.
Each fragment is conceptual, accessible, shared in the urban living.
Each fragment has no preset outer limits, but contains hospitality and coexistence places only.
Each fragment has an uncertain perimeter, where the difference between inner and outer, public and private fades away.
Fragments of relationships, bodies, flows.
Imperfect, incomplete, elastic, reversible, mutant fragments.
In this way, the fragments – a tent, a column, a porch and a grill – become the sleeping area, the living room, the bathroom and the kitchen of this residence.